Portable Accord and AForge Samples Apps for these platforms:

The Windows 8.1 and Windows Phone 8.1 apps are relying on the pre-alpha release of Xamarin Forms for Windows and are currently not fully functional. 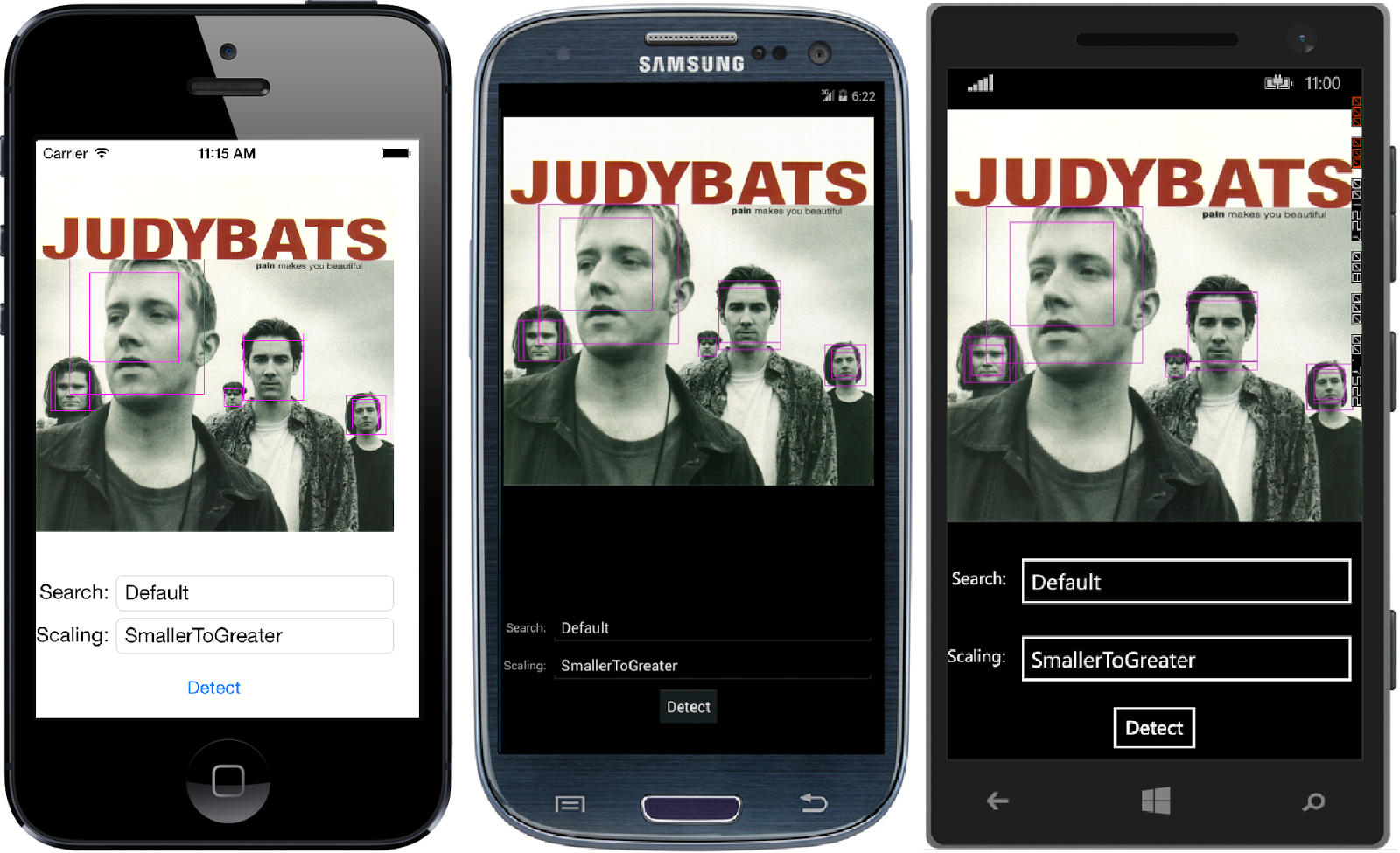 Windows 8.1 adaptation of the Corners detection (SURF) sample from Accord.NET. .NET WPF adaptation of the Denavit-Hartenberg Kinematics sample from Accord.NET.

Android adaptation of the Wavelets Transform from Accord.NET. Windows 8.1 and Windows Phone 8.1 adaptations of the glyph recognition prototype in Andrew Kirillow's GRATF project, including a PCL/Windows 8.1 adaptation of the Image Processing Prototyper application from the AForge.NET Framework. Notes on commercial use

The Shim.Drawing assemblies that are required to build the Portable Class Library versions of AForge.NET Framework and Accord.NET Framework are published under the General Public License, version 3.

There are Shim and Shim.Drawing assemblies available for Xamarin.Android and Xamarin.iOS, making it possible to incorporate Portable AForge and Portable Accord assemblies in Android and iPhone or iPad apps.

Shim Drawing is available for evaluation from NuGet for all supported platforms. For non-evaluation copies of Shim Drawing, please contact Cureos.

The Accord.NET Framework is released under LGPL version 2.1, and further licensing details can be found here.