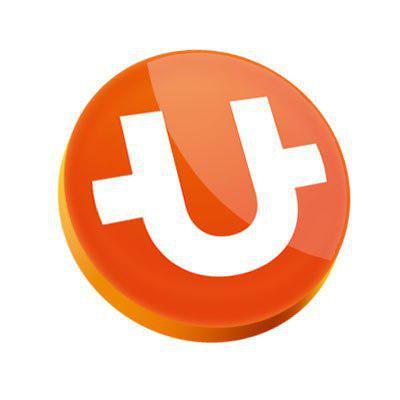 Cutcoin Project unites privacy focused digital currency, private tokens and bunch of basic instruments to handle them. The coin uses Proof of Stake (PoS) consensus, and that means less electricity consumption and eco-friendliness. Cutcoin belongs to CryptoNote family and it's the first coin among others that combines exceptional privacy, PoS consensus and tokens support.

Cutcoin Team has a solid conviction that the further advances in CryptoNote protocol development should be based on research work. We do our own researches and utilize results that presented in respectable scientific sources. If you have great ideas of how to make CryptoNote more reliable, secure and fast please contact us info@cutcoin.org.

PoS algorithm don't reveal any user's data except for amount of the output that subscribes a block. The output is spent during this process in special staking transaction, this helps keep overall privacy and generate constant flow of the fresh unspent outputs.

CryptoNote Tokens (CNT-1) implemented in Cutcoin is the extension of CryptoNote protocol that allows creating and manipulating named tokens. Tokens are very similar to the coin itself, and that's one of their advantages: well known and time proved protocol that guarantees reliable privacy and security. The only place where the information about tokens is stored is the Cutcoin blockchain, and this means no additional centralization were brought.

CNT-1 is extremely exciting as provides first known realization of private tokens. Tokens can be created, owned or transferred via common Cutcoin transaction. This give them all privacy features intrinsic to Cutcoin itself.

If you want to help out, see CONTRIBUTING for a set of guidelines. Our community's help is appreciated much and the most active members become official Cutcoin Ambassadors, that gives different benefits.

The following table summarizes the tools and libraries required to build the sources. A few of the libraries are also included in this repository (marked as "Vendored"). By default, the build uses the library installed on the system, and ignores the vendored sources. However, if no library is found installed on the system, then the vendored source will be built and used. The vendored sources are also used for statically-linked builds because distribution packages often include only shared library binaries (.so) but not static library archives (.a).

[^] On Debian/Ubuntu libgtest-dev only includes sources and headers. You must build the library binary manually. This can be done with the following command

Debian / Ubuntu one liner for all dependencies

Install all dependencies at once on macOS with the provided Brewfile: brew update && brew bundle --file=contrib/brew/Brewfile

If you already have a repo cloned, initialize and update:

Cutcoin uses the CMake build system and a top-level Makefile that invokes cmake commands as needed.

On Linux and OS X

The build places the binary in bin/ sub-directory within the build directory from which cmake was invoked (repository root by default). To run in foreground:

To list all available options, run ./bin/cutcoind --help. Options can be specified either on the command line or in a configuration file passed by the --config-file argument. To specify an option in the configuration file, add a line with the syntax argumentname=value, where argumentname is the name of the argument without the leading dashes, for example log-level=1.

To run in background:

To run as a systemd service, copy cutcoind.service to /etc/systemd/system/ and cutcoind.conf to /etc/. The example service assumes that the user cutcoin exists and its home is the data directory specified in the example config.

If you're on Mac, you may need to add the --max-concurrency 1 option to cutcoin-wallet-cli, and possibly cutcoind, if you get crashes refreshing.

While CUT coin isn't made to integrate with Tor, it can be used wrapped with torsocks, by setting the following configuration parameters and environment variables:

TAILS ships with a very restrictive set of firewall rules. Therefore, you need to add a rule to allow this connection too, in addition to telling torsocks to allow inbound connections. Full example:

This section contains general instructions for debugging failed installs or problems encountered with CUT coin. First ensure you are running the latest version built from the Github repo.

We generally use the tool gdb (GNU debugger) to provide stack trace functionality, and ulimit to provide core dumps in builds which crash or segfault.

Once it stalls, enter the following command:

When it terminates with an output along the lines of "Segmentation fault (core dumped)", there should be a core dump file in the same directory as cutcoind. It may be named just core, or core.xxxx with numbers appended.

You can now analyse this core dump with gdb as follows:

Print the stack trace with bt

Pass command-line options with --args followed by the relevant arguments

There are two tools available:

You can then run the cutcoin tools normally. Performance will typically halve.

Install valgrind and run as valgrind /path/to/cutcoind. It will be very slow.

Instructions for debugging suspected blockchain corruption as per @HYC

There is an mdb_stat command in the LMDB source that can print statistics about the database but it's not routinely built. This can be built with the following command:

The output of mdb_stat -ea <path to blockchain dir> will indicate inconsistencies in the blocks, block_heights and block_info table.

These records are dumped as hex data, where the first line is the key and the second line is the data.

78 contributions in the last year