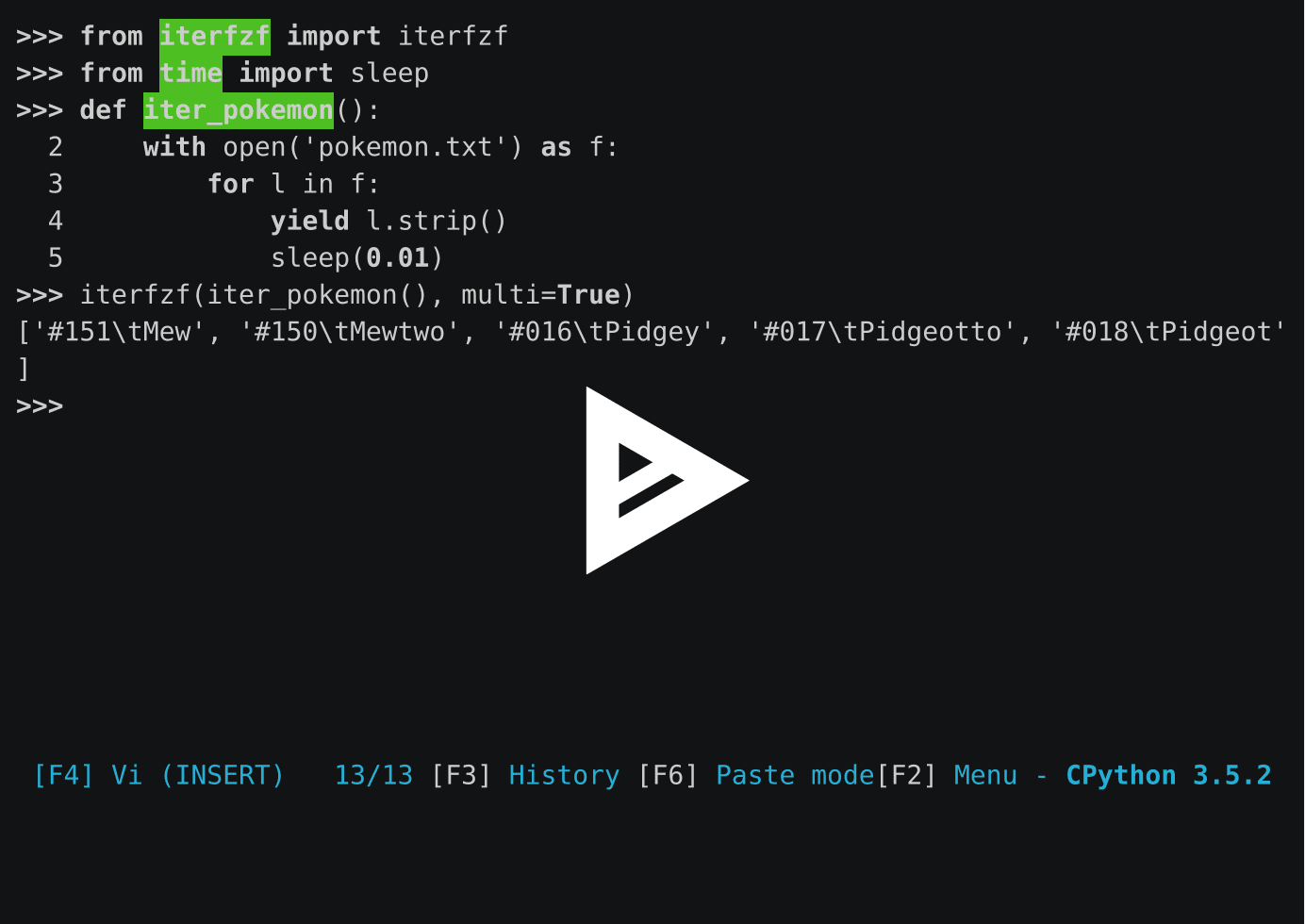 Consumes the given iterable of strings, and displays them using fzf. If a user chooses something it immediately returns the chosen things.

The following is the full list of parameters. Please pass them as keyword arguments except for iterable which comes first:

The only required parameter. Every element which this iterable yields is displayed immediately after each one is produced. In other words, the passed iterable is lazily consumed.

True to let the user to choose more than one. A user can select items with tab/shift-tab. If multi=True the function returns a list of strings rather than a string.

False to make a user possible to choose only one. If multi=False it returns a string rather than a list.

For both modes, the function returns None if nothing is matched or a user cancelled.

If True the return type is a tuple where the first element is the query the user actually typed, and the second element is the selected output as described above and depending on the state of multi.

The Python's default encoding (i.e. sys.getdefaultencoding()) is used by default.

True for extended-search mode. False to turn it off.

False for fuzzy matching, and True for exact matching.

True for case sensitivity, and False for case insensitivity. None, the default, for smart-case match.

The query string to be filled at first. (It can be removed by a user.)

The prompt sequence. ' >' by default.

The preview command to execute. None by default.

The iterfzf library is written by Hong Minhee and distributed under GPLv3 or later.

The fzf program is written by Junegunn Choi and distributed under MIT license.