Using IBM Watson's Speech-to-Text API to do Multi-Threaded Transcription of Really Long and Talky Videos, Such as Presidential Debates

A demonstration of how to use Python and IBM Watson's Speech-to-Text API to do some decently accurate transcription of real-world video and audio, at amazingly fast speeds.

Note:_ I'm just spit-balling code here, not making a user-friendly package. I'm focused on making an automated workflow to create fun supercuts of "The Wire"...and will polish the scripts and implementation later. These notes and scripts (and data files) are merely for your reference.

IBM Watson offers a REST-based Speech to Text API that allows free usage for the first 1,000 minutes each month (and $0.02 for each additional minute):

Watson Speech to Text can be used anywhere there is a need to bridge the gap between the spoken word and its written form. This easy-to-use service uses machine intelligence to combine information about grammar and language structure with knowledge of the composition of an audio signal to generate an accurate transcription. It uses IBM's speech recognition capabilities to convert speech in multiple languages into text. The transcription of incoming audio is continuously sent back to the client with minimal delay, and it is corrected as more speech is heard.

In my preliminary tests, it's not quite as good as Google Translate in terms of pure accuracy, but it's more than good enough for finding key words, whether they be relatively common verbs like "fight", "death", "kill" or proper nouns, such as Obama and countries of the world.

But it doesn't do too badly on very common (and aurally-ambiguous) short words such as pronouns and articles. Because Watson provides a confidence level for each word, it's possible to write scripts to programmatically filter out ambiguous words.

Here's a YouTube playlist of some automated supercuts I've created from the U.S. presidential primary debates. My favorite is probably this supercut of Senator Sanders and Secretary Clinton saying fighting words. 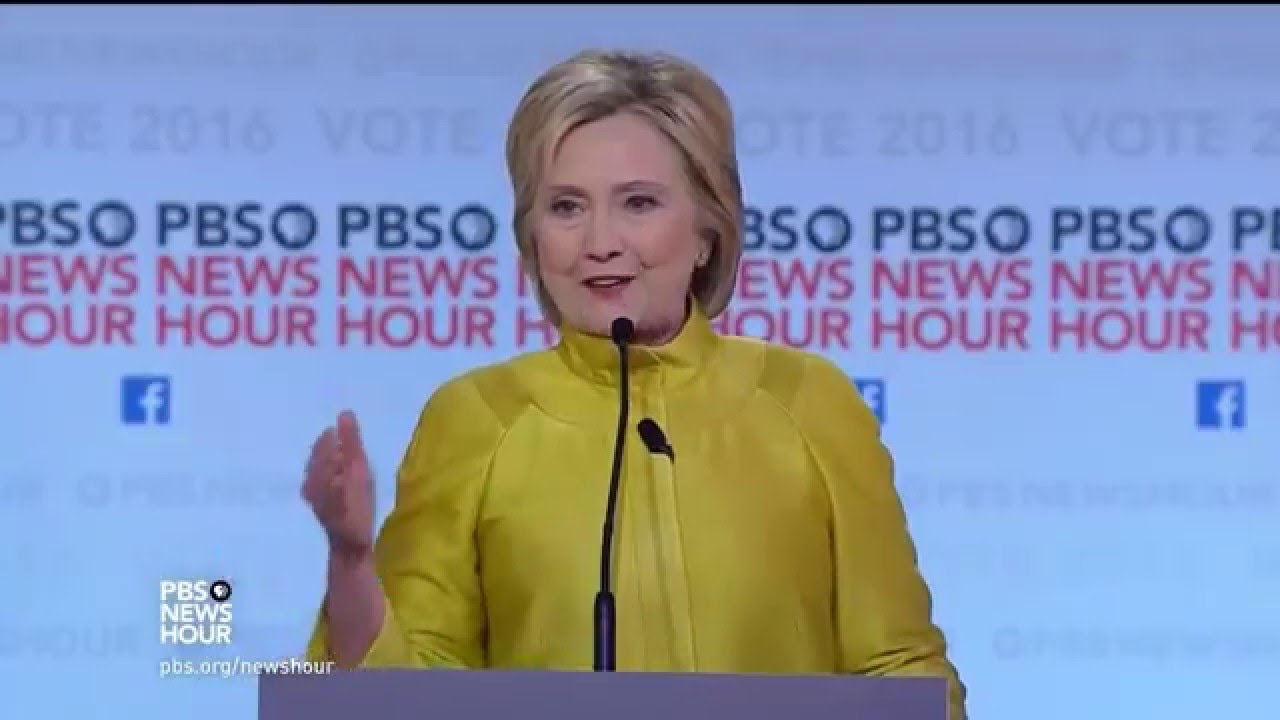 Here's the JSON returned from Watson, which includes word-by-word timestamps and confidence levels. Here's a simplified version of it, in which the JSON is just a flat list of words.

IBM Watson's API is robust enough to accept many concurrent requests. In the sample scripts I've included in this repo, I was able to break up a 90 minute debate into 5 minute segments and send them up to Watson simultaneously...resulting in a 6 to 7 minute processing time for the entire 90 minutes.

Before you look at the scary Python framework I've built for myself, you should first if you can work with movie/audio files and connect to Watson, using nothing but Unix tools: ffmpeg, and good ol' curl: check out this brief walkthrough

You probably want to see the final product. I'm too lazy to document all the code and haven't organized it yet, but here's one result: making supercuts by grepping the Watson Speech to Text data for certain words. For example, to find all "fighting words", e.g. war, wars, warriors, fight, bomb, kill, threat, terror, death, murder, torture:

Here's a playlist of sample supercuts of presidential people:

After you've downloaded a video file to disk, the assorted scripts and commands in this repo will:

The advantages of splitting up the audio is that it allows the transcription to be done in parallel. An hour-long audio track would take probably an hour to get a response back (if your internet connection doesn't fail), whereas 60 parallel requests to analyze 1-minute each will take roughly...1 minute to complete.

I haven't tested the upper-bounds in concurrent requests to Watson's API, though I was able to send around 30 5-minute requests all at once without getting an errors.

Here are some sample results in the projects/ folder:

The transcription power comes from IBM Watson's Speech-to-Text REST API. After cutting up a video into 5-minute segments, I then upload all of the audio files in parallel to Watson, which can complete the entire batch in nearly just 5 minutes.

Getting started with IBM Bluemix

You have to sign up for an IBM Bluemix account, which is free and doesn't require a credit card for the first month.

After signing up for Bluemix, you can find the console page for the speech-to-text API here, where you can get user credentials. This repo contains a sample file: credsfile_watson.SAMPLE.json

The pricing is pretty generous, in terms of testing things out: 1,000 minutes free each month. Every additional minute is $0.02 -- i.e. transcribing an hour's worth of audio will cost $1.20.

Before you get into the Python stuff, you should see if you are properly initialized with Watson by making contact with it from the command-line (i.e. bash, i.e. uh not sure if it will work on Windows like this):

If you don't have a WAV file at hand, you can install the youtube-dl command-line tool:

In the next step, I assume you have a file named bb4TxjvQlh0.wav, but you are free to use any WAV audio file.

(Note: the whole movie-file thing is totally ancillary...Watson doesn't care if the audio file comes from a movie or you recording into your microphone or whatever. But people like to transcribe videos, which is why I include the step.)

This next step is what contacts Watson's API. Replace USERNAME and PASSWORD with whatever credentials you got from the IBM Bluemix Developer Panel.

The --data-binary flag wants a file name (prepended with @).

When the audio file is uploaded and Watson returns a response, it will be saved to transcript.json

If this doesn't work for you, then either your Internet is down, Watson is down, or you don't have the proper user/password credentials.

Check out the projects/republican-debate-sc-2016-02-13 folder in this repo to see the raw JSON response files and their corresponding .WAV audio, as extracted from the Feb. 13, 2016 Republican Presidential Candidate debate in South Carolina:

Because the video is so short, the directory includes the video file, the extracted audio, as well as the segmented audio and raw Watson JSON responses. For this example, I made the segments 10 seconds long.

To compile the transcript text:

wonderful job dnmt I and

Note that the last 3 tokens, dmnt I and, are a result of the Watson API getting confused by the dramatic music that closes the commercial. Luckily, the JSON response includes, among timestamp data for each work, a confidence level as well.

It actually is spot on for Trump's full closing sentence (not sure why "congradulations" is used...)...the confidence levels for dmnt I and were very low comparatively...I think dmnt is some kind of code word used by the API to indicate something, not that Watson thought that dmnt was actually said (see the full JSON response here)

Here's a quick demonstration of Watson's accuracy given a weekly video address from President Obama (~3 minutes):

(because President Obama's video address is just about 3 minutes long, only audio file is extracted, and only one call to Watson's API is made)

Right now there's just a bunch of sloppy scripts that need to be refactored. There's a script named init.py that you can run from the command-line that will read an existing video file, create a project folder, cut up the audio, and do the transcriptions. It assumes that you have a file named credsfile_watson.json relative to init.py.

Some code for the commandline, to download the file, then to run init.py:

The output produced by init.py:

The biggest bottleneck is transcribing the audio. The transcribe.py script does all the transcription in one big go:

And then run these scripts for a quickie processing of the JSON transcript:

every year we spend eighty billion

get the support they need to become productive members of society

to make it smarter fairer and more effective

preventing more people from ending up there in the first place

paid their debt to society re integrate back into their communities

to philanthropies they're supporting education and training programs

shorter sentences if they complete programs that make them less likely

because it's not about politics

and working together we can make sure that we do

You can compare it to the transcript here.