QuickHue is an OS X menu bar utility for controlling the Philips Hue lighting system. It allows you to capture the current state of your Hue system into a preset and then quickly apply that preset at a later time. In this way, you can create multiple presets for different states and quickly switch between them. 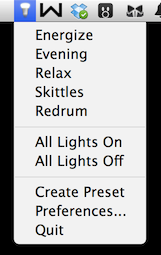 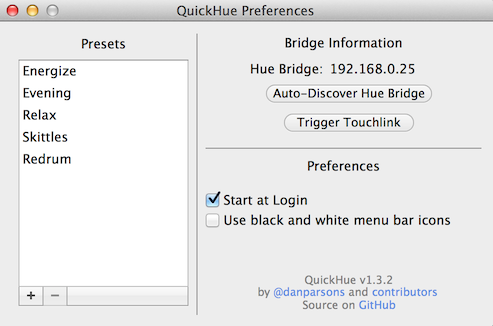 QuickHue is available through homebrew when homebrew cask is installed. QuickHue can be installed with this command:

Want to build QuickHue? First, install Xcode via the Mac App Store, then run these commands in your terminal: