awsbill2graphite is a script that converts AWS hourly billing CSVs to Graphite metrics. 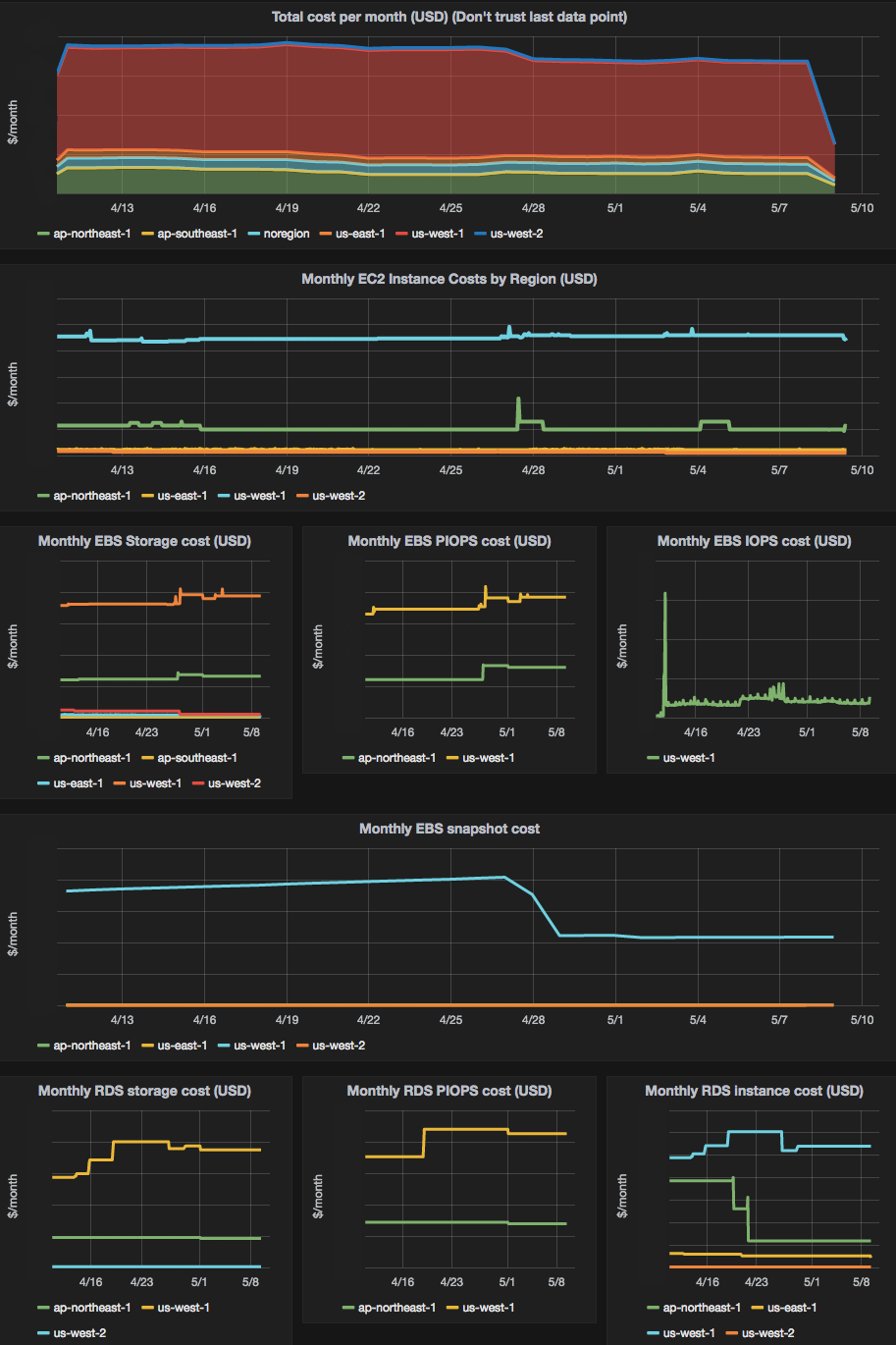 If you want to hack on it, check out DEV.md.

So far, it does the following types of metrics:

First of all, you'll need to have hourly billing reports enabled. You can do this through the AWS billing control panel.

awsbill2graphite has some dependencies. We don't have a pip package yet (but we have an issue for it. To install the dependencies, go into a virtualenv and run

The script will have to be run in that virtualenv.

In order to prevent Graphite from creating giant, mostly-zero data files, set the following in storage-schemas.conf:

Each metric will have a data point every hour. This data point represents the total amount charged to your account for the hour previous to the data point's timestamp.

Making Graphite/Grafana dashboards with these metrics

Here is a JSON description of a basic per-region-summary Grafana dashboard: grafana_dashboard.json.