National Novel Generation Month - based on an idea I tweeted on a whim. 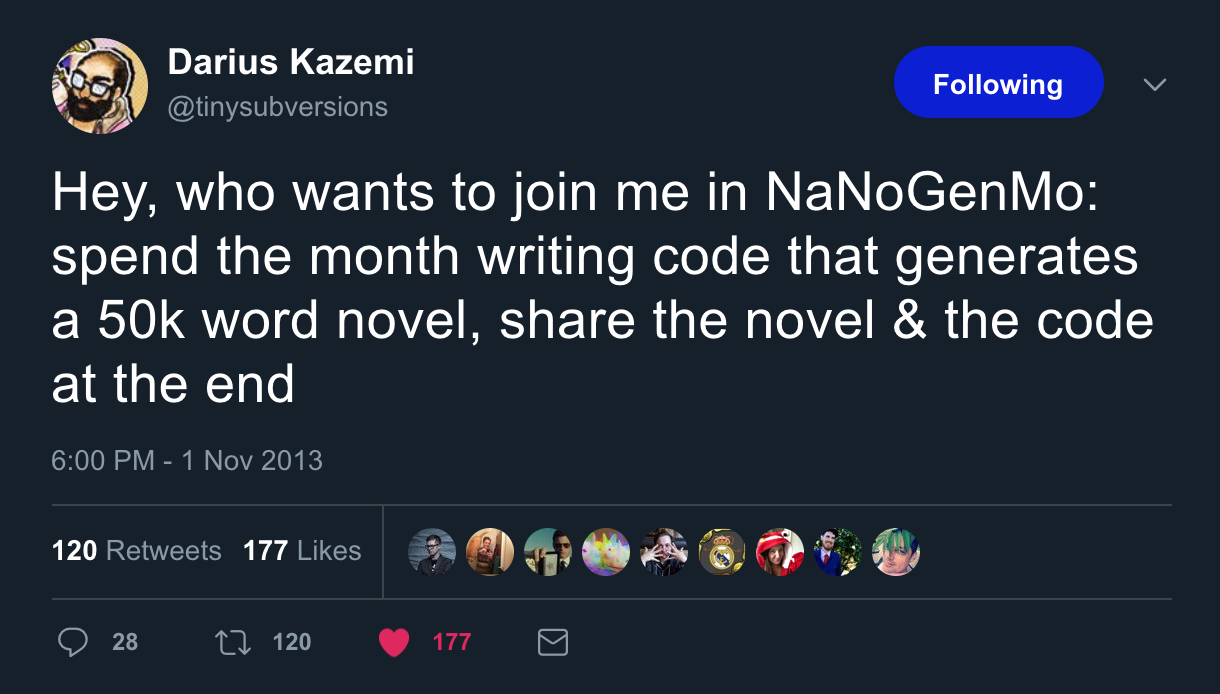 Spend the month of November writing code that generates a novel of 50k+ words.

The source code does not have to be licensed in a particular way, so long as you share it. The code itself does not need to be on GitHub, either. I'm just using this repo as a place to organize the community.

The "novel" is defined however you want. It could be 50,000 repetitions of the word "meow". It could literally grab a random novel from Project Gutenberg. It doesn't matter, as long as it's 50k+ words.

Please try to respect copyright. I'm not going to police it, as ultimately it's on your head if you want to just copy/paste a Stephen King novel or whatever, but the most useful/interesting implementations are going to be ones that don't engender lawsuits.

Open an issue on this repo and declare your intent to participate. You may continually update the issue as you work over the course of the month. Feel free to post dev diaries, sample output, etc.

There are already a ton of resources on the old resources thread for the 2013 edition.

So yeah. Have fun with this!