This is a visualisation of the Aletsch Glacier in Switzerland. On the topic of Retreat of glaciers, Wikipedia currently says:

The colored "snowballs" seen in this dataviz are increasing in weight according to real data: three climate indicators for the time period 2011-2017:

With this we attempt to point some attention at the lack of easily accessible, open data available to assess such claims. See the data README for details.

The terrain is a representation of the actual alpine region, rendered as a 3D model using the Virtual Reality library A-Frame and several A-Frame components:

A description of how the terrain model was prepared can be found in the geodata README.

Note that it was initially attempted to use a physics system to simulate the rolling of the spheres down the glacier. However, the complexity of the model as well as lack of time was a constraint. Therefore the balls are rolling along fixed tracks, which were hand-placed using the A-Frame inspector: This project was inspired by Glacier changing in time, a learning module based on a storymap from Swisstopo, and precipitated by discovering these two images on Wikimedia Commons: 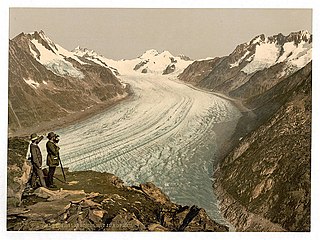 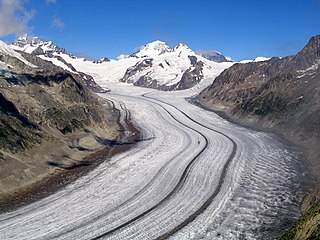 What's with the Gobbledigook

You mean, could we please explain the words shown at the top while loading? Well, okay, if you insist.. After playful experiments with A.I. poetry generators over the holidays, a few choice samples were collected in haiku.js and shown here randomly. See PoetRNN.jl (GitHub)

The contents of the data folder are published under the Public Domain Dedication and License v1.0.