A repo to show how to use Sockets with IoT devices 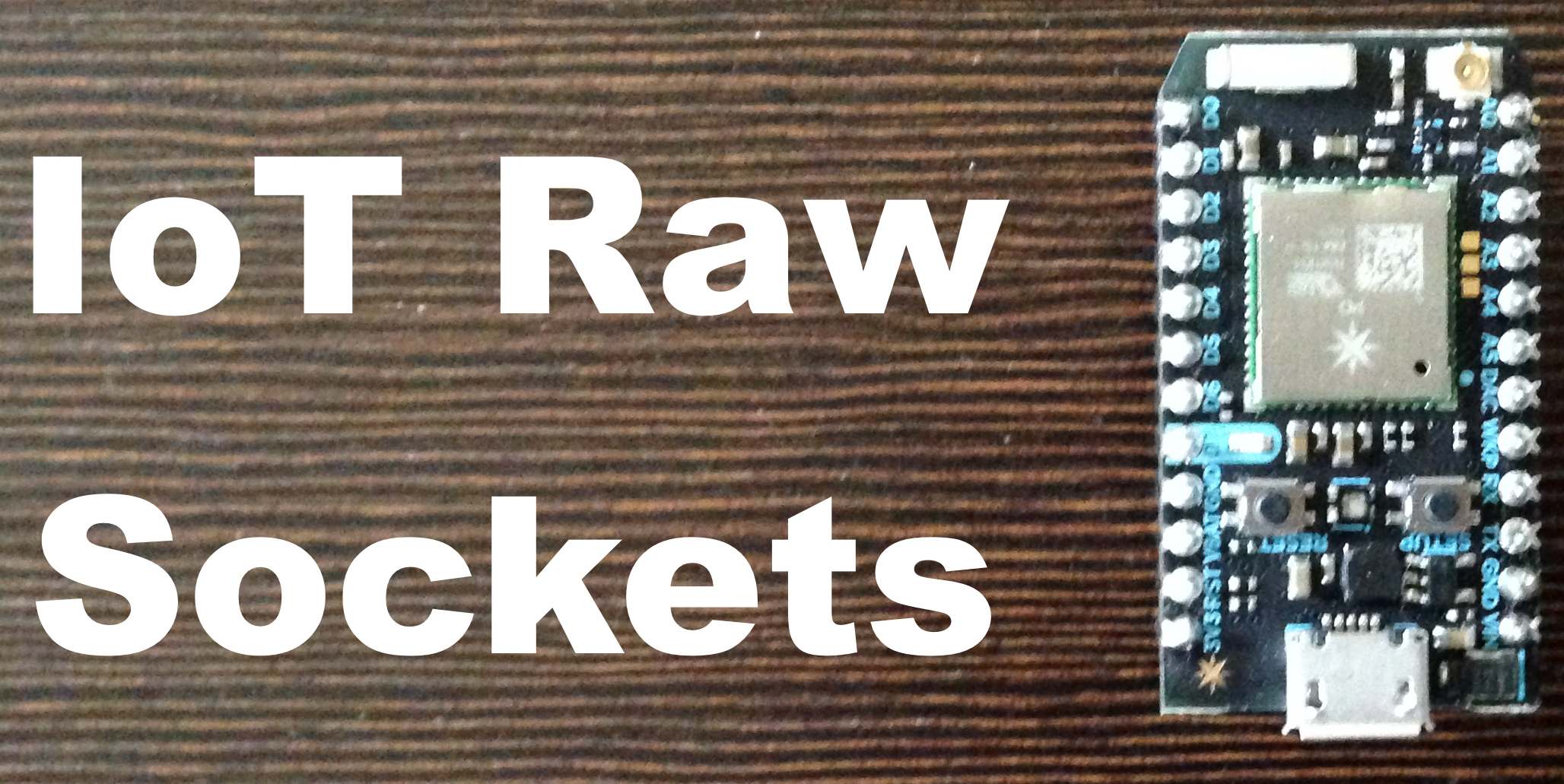 I’m David, and my goal with this repository/article is to demystify Sockets by try to explain them in the simplest possible way.

In these examples, I’m going to use NodeJS and Particle (any version will do) to show how hardware can talk with NodeJS, and vice versa. But make no mistake, this doesn’t mean the tools that I choose are the only way to go about this. This is what I personally know.

Any embedded device with network connectivity will work similarly, and any language with sockets support will also do.

I believe there is a large measure of mystery around sockets. Many people have made them sound scary over the years, and my goal is to prove that they aren’t that mysterious or complicated. I hope that in the end you are going to think about sockets as a simpler solution to a specific problem.

Especially in embedded systems, where every byte counts.

Sockets are the foundation for all network connectivity. Every connected device uses sockets. On top of sockets, you'll have protocols, which are nothing other than rules that specify how data should be sent or processed after it's received. The popular HTTP protocol is an example of this. Knowing this, you can mimic any device with any language that has Socket support. How? By sending bytes that adhere to specific protocols (rules). These rules are freely available online.

You could make an app that pretends to be a:

Why do people believe Sockets are complicated?

Probably because people tend to use words that convey complexity, like:

Just by reading these few points you might think, This is not for me. But Sockets are actually very straightforward. For example, to get a response from a web server, you just need to send the following text:

This is it. The server will take this text, parse it, and understand that you are making a:

There isn’t much more to it. A printer will understand another header, similarly a DNS server will need something specific to its protocol (rules).

Hard to believe? Use a telnet app to connect to your favorite site using this command (only an insecure connection will be supported through port 80).

For a secure connection, you can use openssl as follows:

Another example would be to send an email by connecting straight to a SMTP server. Most current SMTP servers are secured by passwords and use encryption, which makes it hard to quickly test this. But if you had access to a plain SMTP server, you could just type the following:

How to Make Your Own Rules (Protocol) ASCII

Now that we have a better understanding of protocols, you’ll need to design a common structure for communication. Let's say you want to send the temperature of your house to your NodeJS server. Your stream of bytes could look like this:

The comma acts as the separator for each measurement. You can choose any character you want, but, just so you know, the comma will make your data compatible with the CSV (Comma Separated Values) format. On the other end, you need some code that will check for the separator, and when that happens - you have your value.

As you can see from this example, there is no header or optional data. You decide what goes in your protocol.

Based on the example above, you could add humidity to your protocol, like this:

Again, the comma separates your data, while the colon differentiates your data set. Also: remember... protocols need good documentation, so other developers can make sense of the data that they'll have to manage.

Another important thing is that his example talks about a ASCII protocall, to learn how a binary one works, you can read the following article that I wrote titled: How-to-Deconstruct-Ping-with-C-and-NodeJS.

Types - be aware of how you send your data.

Computers work in 1s and 0s, and this is a fact. There is no way for the example to distinguish a compiled application from regular data. Everything is stored as a series of bits. Meaning that even the data that is sent over the Internet is in 1s and 0s.

You are probably asking, then why should I care about types. Because depending on your type, your binary data will be different. For example: an integer of 1 will be 00000001, where an integer of 31 will become 00011111. 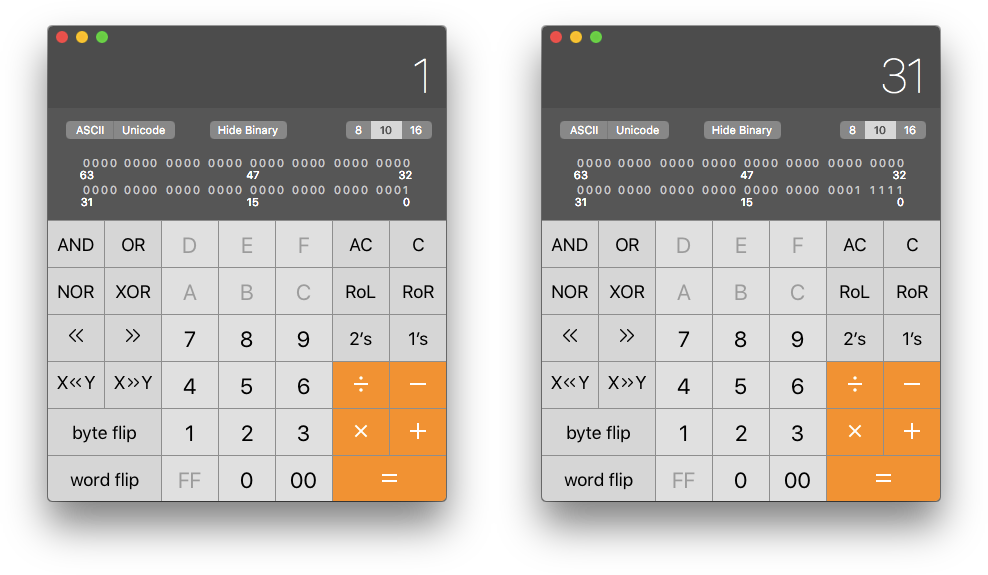 This means that, at the other end of the connection, you need to know what you're getting. Let's say you want to make a simple comparison.

If you converted your data as if it were an integer, but you sent it as a char, then you'll compare int 31 to int 1. But if you know that you're sending a character, you can compare it with the right type:

Now char 1 is actually 31, and the comparison will work. In the Hardware2NodeJS example folder, you'll find sample code that explains the difference in practice.

Which one: TCP or UDP?

On the Internet, the two most popular protocols for sending data are TCP and UDP. You'll see that people add /IP at the end of the name. IP stands for (Internet Protocol), and, in short, you can think of it as the Internet's address system. This means that you can use TCP or UDP not only on the Internet, because TCP and UDP are the way the data is packaged, what address system you'll use is up to you.

TCP and UDP are protocols, and by now you should know that this word means rules, and these two protocols are nothing more than rules explaining how to package data. The other end understands the same rules, and can unpack the received information, and vice versa.

Most of the Internet uses TCP, because we want the assurance that what we send will be received in its entirety on the other end. For example, if you send a document, you don't want letters or words to be missing. With many formats, if parts are missing from the header, which tells the system how to understand the file, the system will inform you that the file is corrupted, and can't be read.

Of course, there are formats that are more resilient and don't need 100 percent of the data. Some movies, images, and music formats, for example, can have some content missing, and we just live with that. An image or movie might have some weird artifacts; music might have some blips and noises.

When should I use UDP?

This protocol is very useful when sending data from hardware products. Lets say we are collecting sensor data from many devices, using a cellular modem, and we have to pay for each byte we send. In this case we should consider the following: Is it worth it to pay more for the higher fidelity we'd have with TCP? Or is it better to accept the loss of some measurements, but pay less for our data transfer?

Normally, I would default toward TCP, but if you have a good case against using it, UDP is your next best option.

To sum it all up

I hope this repository helped you get a better understanding of what sockets are. If something was unclear, hit me up on Twitter, and I’ll try to fix any points in the project that are unclear.

I want to thank all of the good people who helped me with this project, including:

If you enjoyed this project, please consider giving it a . And check out my GitHub account, where you'll find additional resources you might find useful or interesting.

This project is brought to you by 0x4447 LLC, a software company specializing in building custom solutions on top of AWS. Follow this link to learn more: https://0x4447.com. Alternatively, send an email to hello@0x4447.email.

A repo to show how to use Sockets with IoT devices