I'm currently driving an old Opel Astra without tachometer. I had a spare arduino and few LEDs, so I made a simple tachometer. I started by cut a 5cm x 1.5cm piece of an old credit cart, drilled 4 holes in it, painted it black and glued 4 LED diods to it. Then I soldered a 220ohm resistors to each positive LED pin and used a common ground. I connected them to arduino via 5x30cm jumpers and hid the arduino in a hole under the wheel. I connected the arduino data pin via voltage divider to the signal pin of the coil and used an old phone charger to power the arduino. In order to work I shared the phone charger and arduino's grounds.

The first LED turns on when engine react 4000 rpm. Below 4000 rpm all LEDs are turned off. If there is Serial attached, it automatically emits rpm data(watch it realtime in arduino serial monitor). 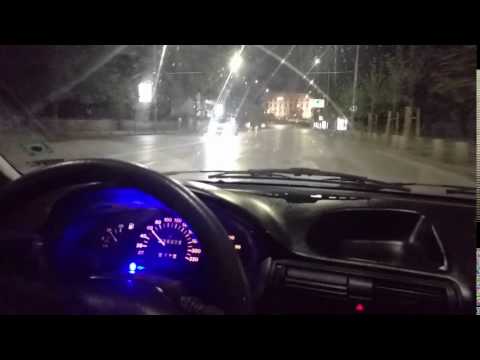 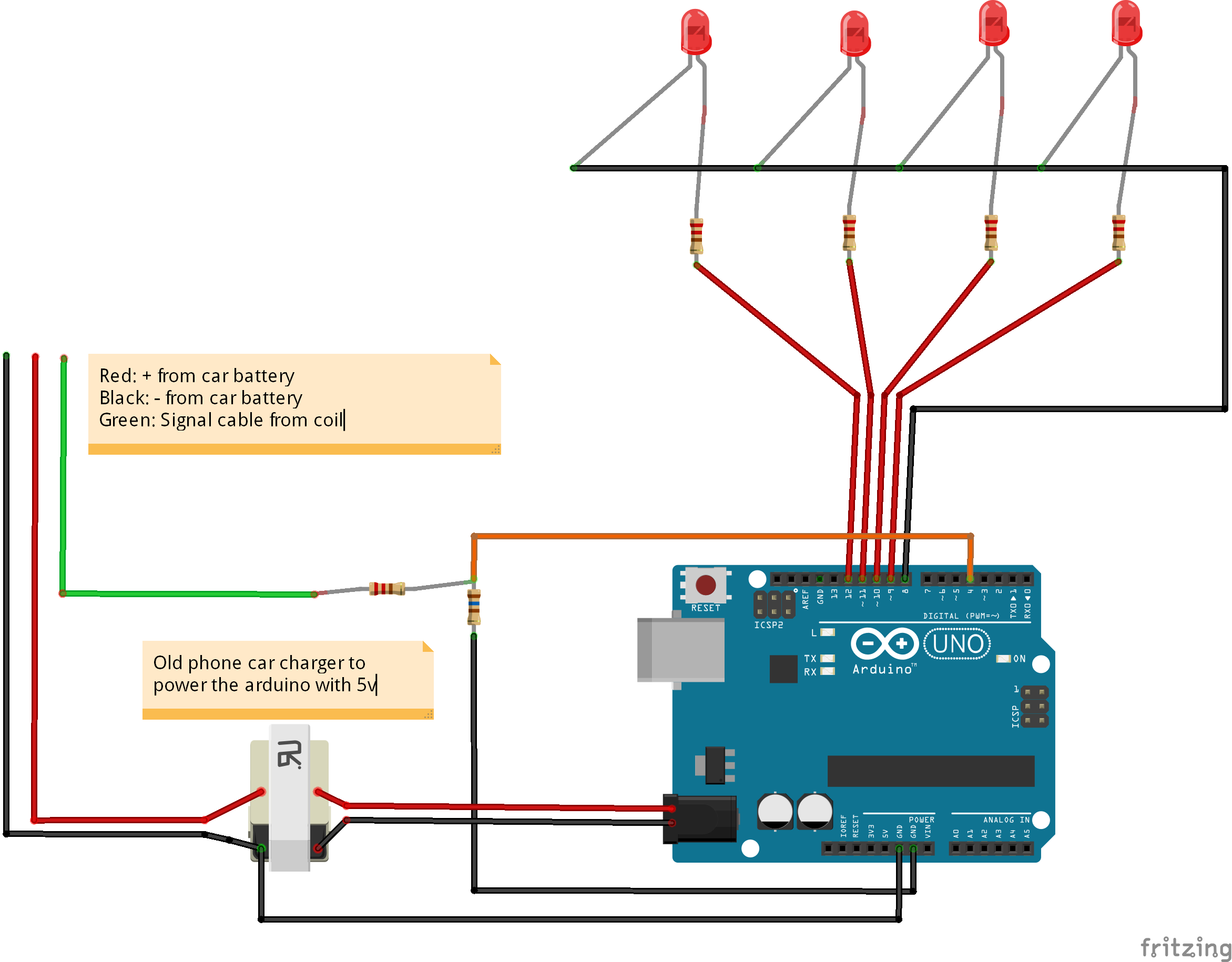 Check out the code.cpp file.