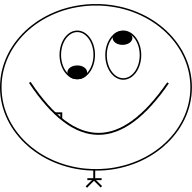 Follow
Mainly a Python programmer. But I do a reasonable amount of Go and I dabble in the Javascript. he/him
33 followers · 0 following

Oh hi there and welcome to my personal github!

You'll find here a collection of random projects that either javascript or Python with varying levels of quality and age.

I'll give you a guide to what can be found here:

I have a tendency to find problems from my job and then making them something fun to do outside work. This is very much one of those, and I'm super proud of what I've made here.

Everything now lives in https://github.com/delfick/photons

It's the public version of a framework I started in early 2016 that heavily uses asyncio to talk to LIFX smart lights.

Docs can be found at https://photons.delfick.com

I'm proud of it though because what I did there paved the way for what has since become https://github.com/delfick/delfick_project and is essentially the foundation of everything that I've written since then.

Also, Harpoon is cool. I haven't met many who agree with that assessment, but it solved a bunch of problems I had with Docker back in 2014 and I still use it in some places to make it easy to create multiple docker containers.

https://github.com/delfick/delfick_project is a small monorepo of quite a few different projects I created.

Those last two have a lot of features I can't fit into a single sentence but all of this can be read at https://delfick_project.readthedocs.io/

My oldest project I still use

In 2010 I was looking for a way to write rspec like tests in Python. There is a big blocker to be able to do this in python, and that is you can't create a multi line lambda. This means that you can't just have an "it" function that takes in a string and the function to call for that test.

Existing libraries solved this by saying you should write your tests functions like normal "def it_should_definitely_do_the_thing_i_want_it_to_do(self):" and then you decorate it with a nice string. I really hate writing sentences like that.

Eventually I discovered that you can create a custom codec for python and as long as that codec is registered before you import a file, if the file specifies that codec, python will translate the file before executing it.

Effectively I made it so describe blocks become classes and it blocks become functions. And then a bunch of code to handle nested levels of indentation.

The problem with that is tooling, specifically linting and formatting. In 2020 I managed to fix both those problems and now my editor can auto format and lint those files when I save them. Best of all the worlds!

The most what is happening here

I have no idea what is happening here https://github.com/delfick/app-play

I was clearly hypomanic when I wrote it!

I used to put everywhere a bash script that when run would figure out if a virtualenv already exists. If one didn't then it would make one for you, otherwise it would use what is there. The script would then look at the dependencies you want in that virtualenv and if the versions of those didn't match in the virtualenv it would install those to the desired version. Once we have the virtualenv setup, it'll execute a particular program from the virtualenv.

I eventually decided to make that it's own thing: https://venvstarter.readthedocs.io/en/latest/

I find this really useful because I don't have to think about dependency management. I just say what I want and when I run the script it'll make sure I have those. This is especially useful when you provide something to others and what they want is the thing to work, they don't care about making sure dependencies are correct.

The one downside here is there's no lockfile, but there doesn't really exist programmatic APIs for that functionality in current efforts to improve Python dependency management.

Clearly I spend way too much of my time programming! But you'll find other things here, like helpers for a web server, a thing for converting dictionaries to xml, A cool tool for making the lambda side of an Alex skill, A pure python gpg decryptor, An alternative asyncio plugin for pytest, a python library for finding the commit times of github files, pure hilarity, and a plugin for gedit that makes it modal.

I'm more than my programming, but this is my github so I'll only use this to walk you through my projects!

1,602 contributions in the last year

Created a pull request in delfick/photons that received 1 comment

Created an issue in mattn/efm-langserver that received 2 comments

Hello, Is it possible to make it so that a formatter doesn't run under certain paths? For example, if I'm editing a file in a python virtualenv sit…