2012 US election county, socio-economic, and public health data visualization. Based on the idea that Austin is a blue island in a sea of red politically speaking, I wanted to find similar counties in the states. I then wanted to try and explain why these counties are blue so I added socio-economic and public health data from measureofamerica.org and countyhealthrankings.org. A report on the visualization, process, and prediction models can be found here

To see the visualization in action go to: www.diegoolano.com/electionmap/ You can rollover a county and below the map, there will appear information providing:

Clicking on a county will zoom in on the map and highlight the county in yellow. To zoom back out, just click on the selected yellow county again. 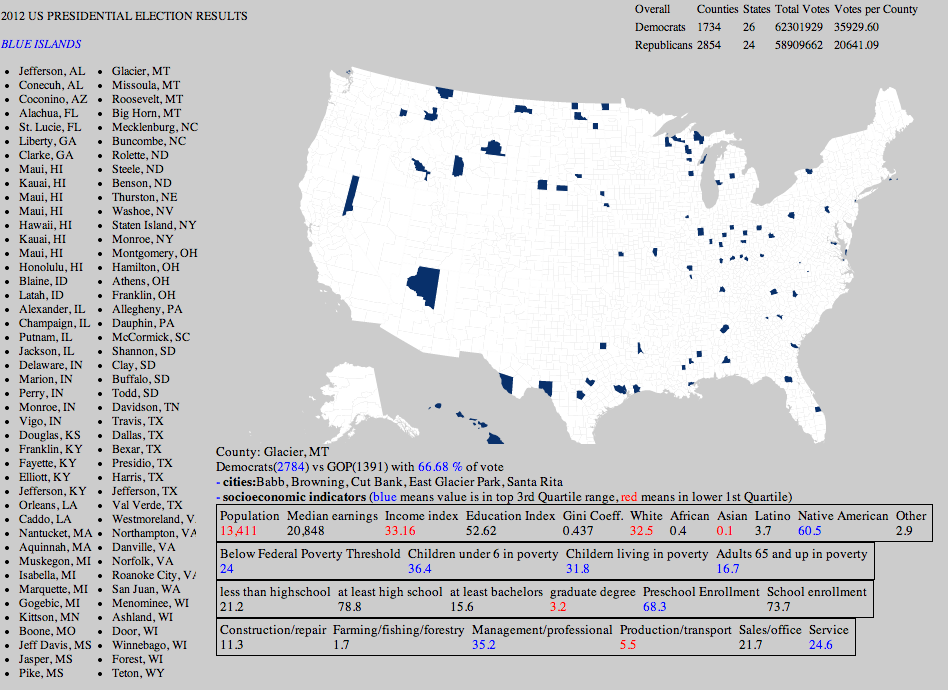 You may also click on any of the column headers to toggle on/off those counties listed in the map. In the above example, the BLUE ISLANDS header has been selected.

Additionally you may click on individual county names listed in the columns to select/unselect them on the map.

The image below shows the headings for HEAVIEST GOP (90% up) and BLUE STATES being selected. 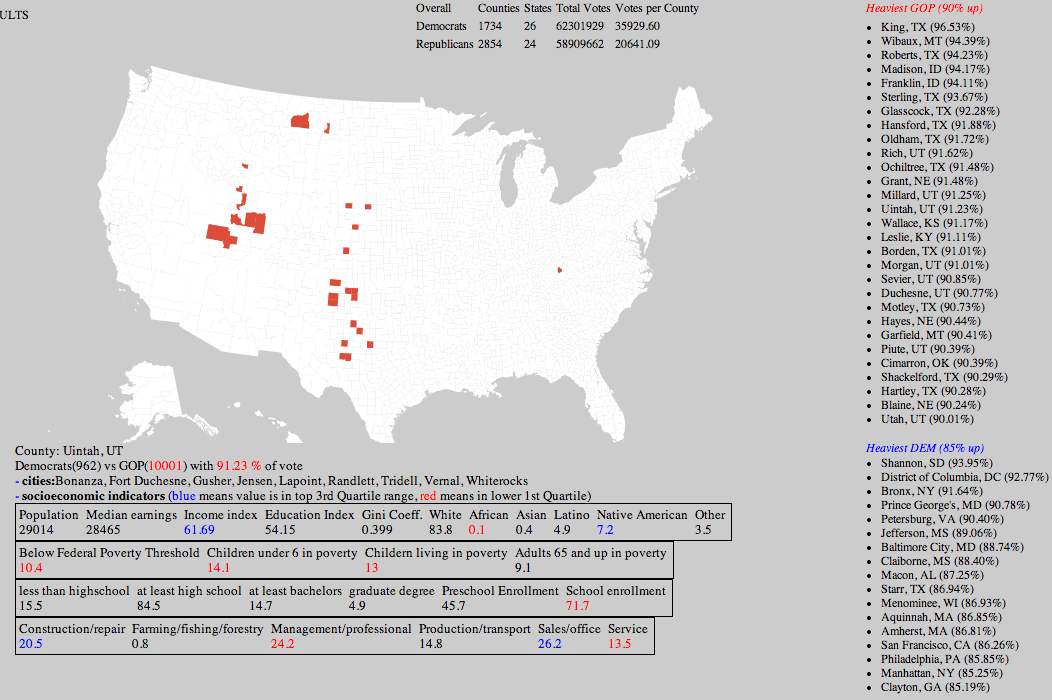