Note: This document links directly to relevant areas found in the system design topics to avoid duplication. Refer to the linked content for general talking points, tradeoffs, and alternatives.

Design Bit.ly - is a similar question, except pastebin requires storing the paste contents instead of the original unshortened url.

Step 1: Outline use cases and constraints

Gather requirements and scope the problem. Ask questions to clarify use cases and constraints. Discuss assumptions.

Without an interviewer to address clarifying questions, we'll define some use cases and constraints.

We'll scope the problem to handle only the following use cases

Clarify with your interviewer if you should run back-of-the-envelope usage calculations.

Outline a high level design with all important components. 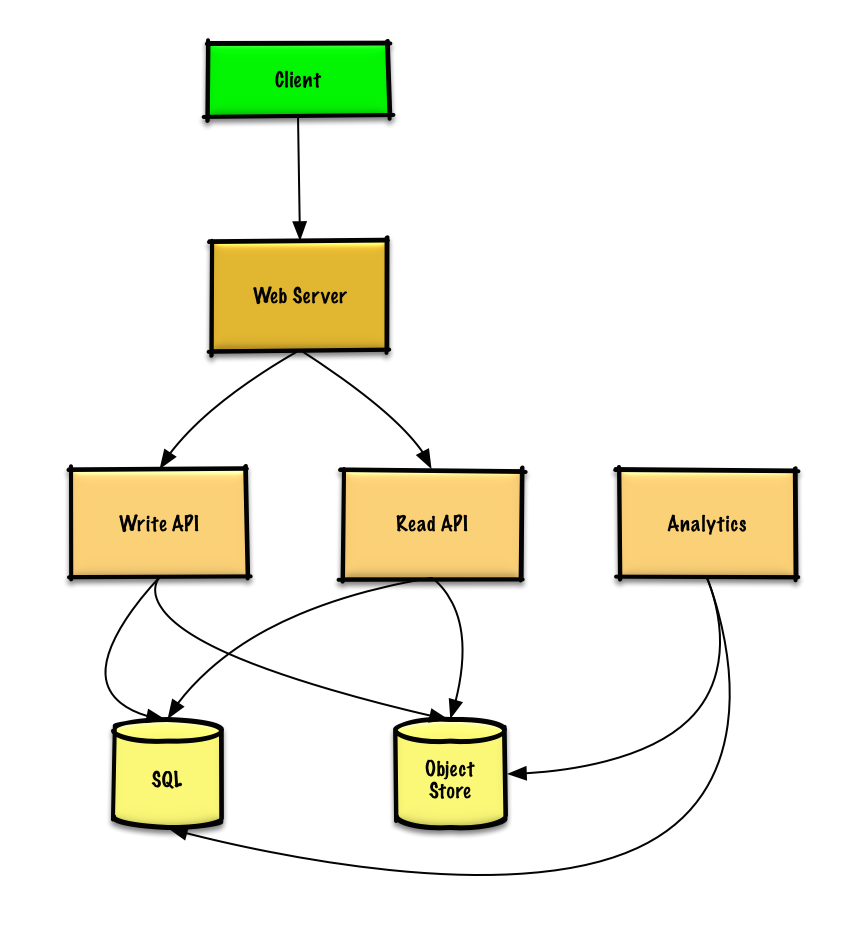 Dive into details for each core component.

Use case: User enters a block of text and gets a randomly generated link

We could use a relational database as a large hash table, mapping the generated url to a file server and path containing the paste file.

Instead of managing a file server, we could use a managed Object Store such as Amazon S3 or a NoSQL document store.

Clarify with your interviewer how much code you are expected to write.

The pastes table could have the following structure:

We'll create an index on shortlink and created_at to speed up lookups (log-time instead of scanning the entire table) and to keep the data in memory. Reading 1 MB sequentially from memory takes about 250 microseconds, while reading from SSD takes 4x and from disk takes 80x longer.1

To generate the unique url, we could:

We'll use a public REST API:

For internal communications, we could use Remote Procedure Calls.

Use case: User enters a paste's url and views the contents

Since realtime analytics are not a requirement, we could simply MapReduce the Web Server logs to generate hit counts.

Clarify with your interviewer how much code you are expected to write.

To delete expired pastes, we could just scan the SQL Database for all entries whose expiration timestamp are older than the current timestamp. All expired entries would then be deleted (or marked as expired) from the table.

Identify and address bottlenecks, given the constraints. 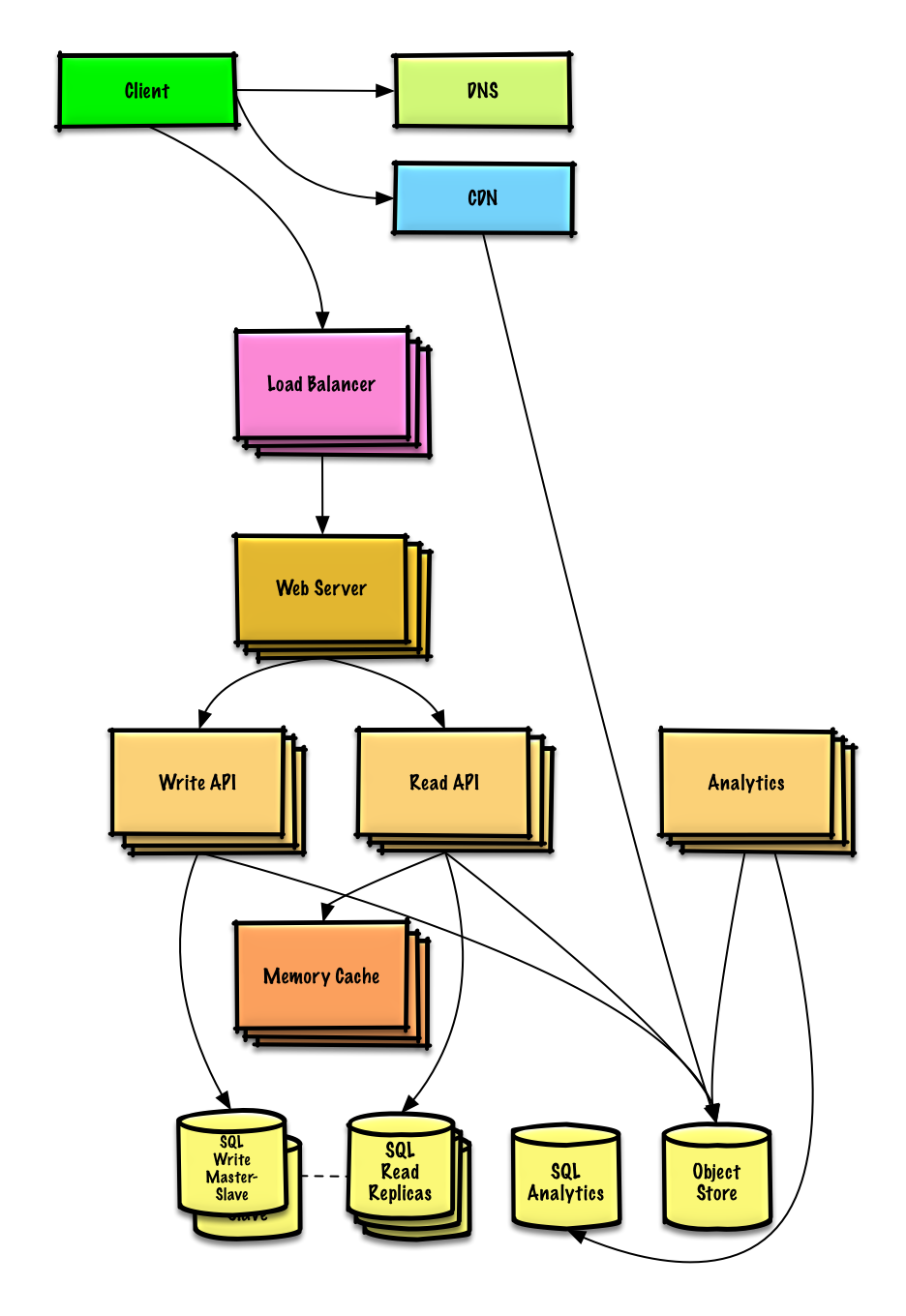 Important: Do not simply jump right into the final design from the initial design!

State you would do this iteratively: 1) Benchmark/Load Test, 2) Profile for bottlenecks 3) address bottlenecks while evaluating alternatives and trade-offs, and 4) repeat. See Design a system that scales to millions of users on AWS as a sample on how to iteratively scale the initial design.

It's important to discuss what bottlenecks you might encounter with the initial design and how you might address each of them. For example, what issues are addressed by adding a Load Balancer with multiple Web Servers? CDN? Master-Slave Replicas? What are the alternatives and Trade-Offs for each?

We'll introduce some components to complete the design and to address scalability issues. Internal load balancers are not shown to reduce clutter.

The Analytics Database could use a data warehousing solution such as Amazon Redshift or Google BigQuery.

An Object Store such as Amazon S3 can comfortably handle the constraint of 12.7 GB of new content per month.

To address the 40 average read requests per second (higher at peak), traffic for popular content should be handled by the Memory Cache instead of the database. The Memory Cache is also useful for handling the unevenly distributed traffic and traffic spikes. The SQL Read Replicas should be able to handle the cache misses, as long as the replicas are not bogged down with replicating writes.

We should also consider moving some data to a NoSQL Database.

Additional topics to dive into, depending on the problem scope and time remaining.

Refer to the security section.