It's a spinoff of rhex, but while rhex uses traditional command line display, rustyhex uses OpenGL.

It's intendent to exercise my Rust knowledge and let me play with certain mechanisms that I'd like to see in roguelike game:

I am not actively working on this project as I lack skill and time to develop satisfying OpenGL UI. rhex is the primary place where I work on the ideas of hexagonal roguelike.

I'm still interested in PRs or even completely handing over this project to someone. It might also get merged in rhex one day. 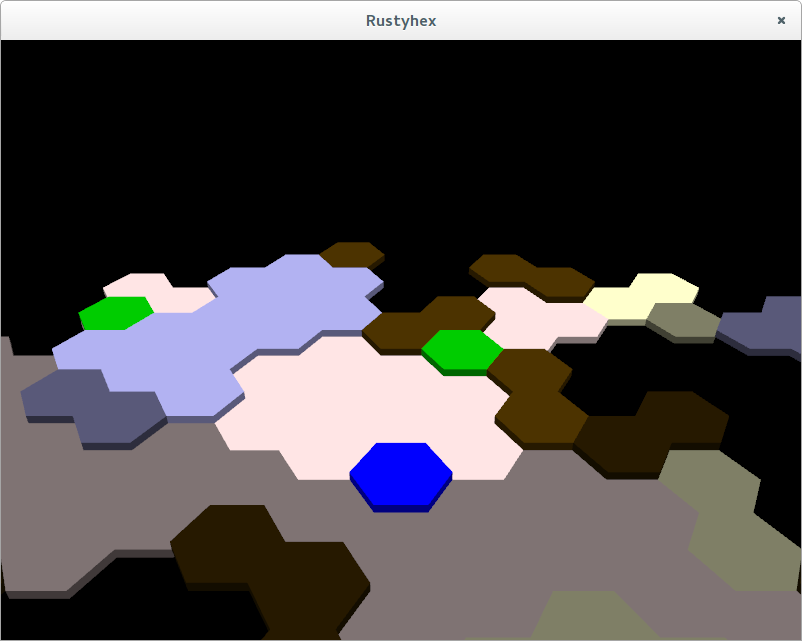 Game time is measured in tick. All creatures (including player) can issue actions. Every action has pre and post delay. Pre-delay is a number of ticks between issuing an and when it actually happens. Post-delay is a time after action was performed and when next action can be issued.

Running is faster if the preceding action was also Running. This reflects some time that it takes to get to full speed.

Any action performed after Wait action is going to have it's pre-delay reduced. This reflects the preparation time that allows for faster attack.