This repo contains Matlab code to calculate energy efficient receptive fields to encode a dataset of images. Before this code made its way onto GitHub, then it appeared on my lab website here.

This minimal set of MATLAB functions will set up a simple neural network to learn receptive fields. These receptive fields minimise an energy function which involves a) image patch reconstruction error, b) sum of absolute firing rates, c) sum of absolute synaptic strengths. We haven’t done this explicitly, but this can be interpreted within a Bayesian framework where the constraints on synapses and firing rates represent some prior distribution over parameters.

Included in DATA.mat is a sample of nearly 50,000 16×16 pixel image patches which were randomly sampled from the van Hateren image database (which doesn’t seem to be available online any more, but are possibly mirrored elsewhere). You can of course make your own set of image samples, and the code will work with whatever size image patches you give it. Although it assumes the image patches are square.

This code is a minimum working example of the code used in these papers. If you use this code, please cite both these papers. Thanks!

Run RUNME.m and it uses the functions in /funcs 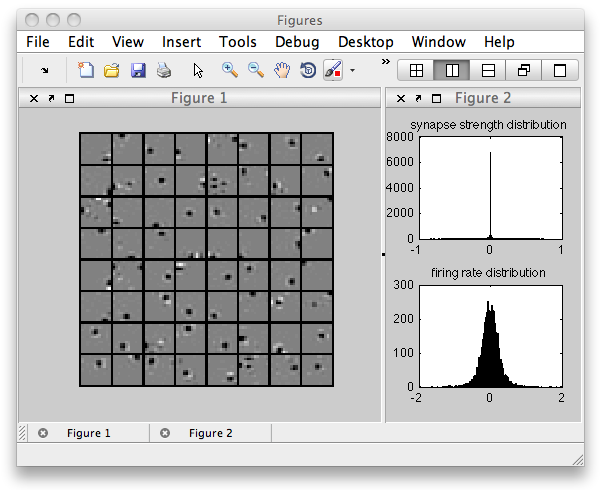 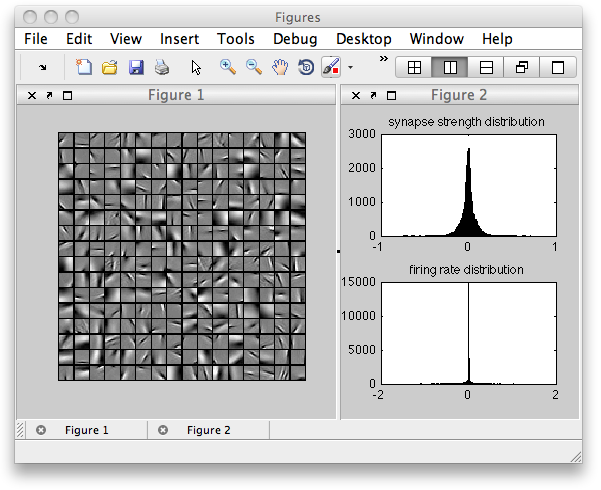