The purpose of this project is to run CloudMapper's collection and audit capabilities nightly, across multiple accounts, sending any audit findings to a Slack channel and keeping a copy of the collected metadata in an S3 bucket. 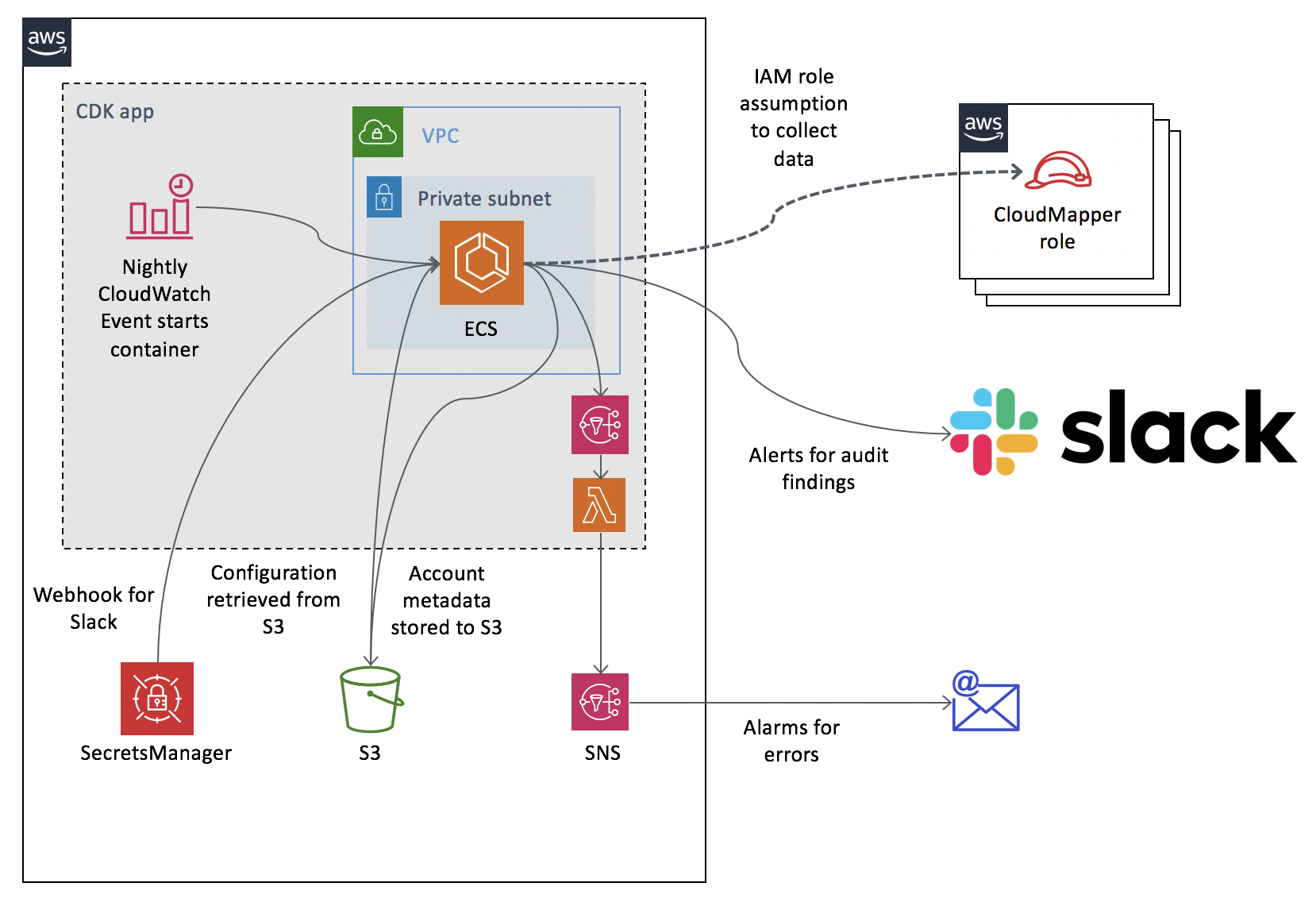 Before setting this up to run against an account, you should manually run CloudMapper's audit or report command on the account to determine which findings should be fixed in the account, or muted. This is done to avoid having your Slack channel flooded with 100 findings. If you are not fixing or muting issues, the value of this tool will quickly deteriorate. It does not keep track of issues it previously alerted you about, so it will repeatedly alert on the same problems if action is not taken. The expectation is you should be receiving a handful or less of alerts each day (ideally zero). If that is not the case, this tool is not being used as intended and you will not get value out of it.

To mute issues, you should modify audit_config_override.yaml in the S3 bucket. To test your changes, you can download the account-data from the S3 bucket and run CloudMapper's audit command to ensure the filtering works as intended.

To add new accounts, you should first manually run CloudMapper's audit and fix/mute issues as needed. After that, add the account to the config.json and config files in the S3 bucket, along with setting up the necessary trust relationship.

Kicking off a manual scan

To kick off a manual scan, without needing to wait until the scheduled time, run: