Sign up
Open-source Bekant controller board
Find file
This branch is even with gcormier:master.
Pull request Compare

Custom Arduino-based Bekant controller. Design goals were to have it fit in the original housing and use as many stock parts as possible, be completely independant of the existing controller, as well as store any number of memory positions. As of November 2019, version 4 is now a one-sided board for ease of assembly! The BOM remains unchanged.

I've setup a store on Tindie for those who wish to order parts or an assembled version. https://www.tindie.com/products/gcormier/megadesk/

Unfortunately the beeps aren't captured well in the video unless you turn up the volume. 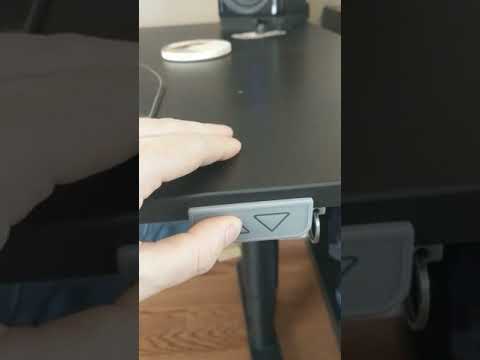 So far, a second variant to the protocol has been found. It is the larger sized BEKANT, so it is possible it has different motors.

These motors report their "idle" status value as 0 instead of 96, which can cause the buttons to not respond. Pressing the memory button 16 times will play a tone and toggle the value (saved in EEPROM for persistence) that it will use.

The piezo buzzer is pricey, but worth it for the audible feedback.

If you want to create your own cable, the connector is AMP VAL-U-LOK by TE Connectivity - PN 1586106-3. Don't forget the crimp pins - Part Number 1586317-1 for 26-22AWG. Otherwise, the existing cable can be unsoldered from the board and fitted with a standard 2.54mm pitch header. Red is positive (24VDC), white is negative, blue is LIN.

Don't forget to set fuses on your board for the appropriate oscillator.