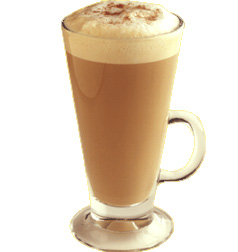 To start the server:

For convenience while developing, automatic restarts are provided with:

Additionally, the port and environment variables can be set. The following example will start the server listening on port 3000 in production mode:

To run the tests:

To update all packages and run npmedge:

Frappe tries to imposes a very minimal number of conventions. Any or all of them can be removed if so desired.

The application layout uses a title helper. If no title is given when a template is rendered, the default title of My Site is used. If a title is passed to the view, the helper will upcase each word in the title. So for example if we did: res.render 'users/new', title: 'new user', the title would be My Site – New User. Obviously, you should change this as appropriate for your application.

There are no global dependencies. When developing, however, it is recommended that CoffeeScript be installed globally so the cake command is available.

All modules in the helpers, models, and controllers directories (and subdirectories) will be automatically required and loaded into app.locals. For example, app/models/user_model.coffee will be available as app.locals.UserModel. This was done so we can avoid having to write relative paths from every module to every other module. Additionally, this makes helpers available to the views (see title helper). This requires that all modules in the aforementioned directories export a single function which takes app as its parameter.

Note that by default, each word in a module name will be capitalized. This makes sense for classes like models and controllers but may not make sense for other modules. You can change this behavior in the way autoload.coffee is invoked and instruct it to camel case the module name instead. For example, helpers are camel cased so app/helpers/title_helper.coffee will be available as app.locals.titleHelper.

Files in the assets directory are automatically compiled with connect-assets. This way you can have a single site.css and a single site.js in production.

Frappe comes with a shared (client and server) module for computing RESTful paths. On the server it exports two functions: pathRaw and pathFor. On the client it exports only pathFor. On the server, these can be accessed via app.locals.path. Each takes a . separated list of singular words which describe the path. I recommend reading the examples in both the source file (app/assets/js/shared/path.coffee) and in the test file (app/test/shared/path.coffee). Here is a brief overview:

pathRaw is useful for routing requests. It takes a string like 'user.forum.edit', and produces '/users/:userid/forums/:forumid/edit'.

pathFor is useful for named routes in templates and client-side requests. It takes a string like 'user.show', and a parameter object like {userid: u1}, and produces '/users/u1'. Note that any additional parameters given will be appended to the end of the path.

All words in the input string are pluralized unless they are a reserved word or they are in the token overrides list (this can be customized - see the source). These computed paths are completely optional, however the sample code that comes with Frappe will demonstrate their use.

To facilitate having single assets for css and js, the body of each view is given a unique id. For example when we call res.render 'users/new', title: 'new user', view: 'users_new', the value of the view parameter is used in the layout to render the body tag as <body id="users_new_view">. This way we can reference body#users_new_view in our css and js.

Frappe is both a template and a live example of how to use the few conventions it suggests. As such, the following files exist in the project to serve as placeholders:

Additionally you will probably want to immediately customize the following:

Permission is hereby granted, free of charge, to any person obtaining a copy of this software and associated documentation files (the 'Software'), to deal in the Software without restriction, including without limitation the rights to use, copy, modify, merge, publish, distribute, sublicense, and/or sell copies of the Software, and to permit persons to whom the Software is furnished to do so, subject to the following conditions:

THE SOFTWARE IS PROVIDED 'AS IS', WITHOUT WARRANTY OF ANY KIND, EXPRESS OR IMPLIED, INCLUDING BUT NOT LIMITED TO THE WARRANTIES OF MERCHANTABILITY, FITNESS FOR A PARTICULAR PURPOSE AND NONINFRINGEMENT. IN NO EVENT SHALL THE AUTHORS OR COPYRIGHT HOLDERS BE LIABLE FOR ANY CLAIM, DAMAGES OR OTHER LIABILITY, WHETHER IN AN ACTION OF CONTRACT, TORT OR OTHERWISE, ARISING FROM, OUT OF OR IN CONNECTION WITH THE SOFTWARE OR THE USE OR OTHER DEALINGS IN THE SOFTWARE.