This page describes a future feature. You have found it, enjoy the preview of the system emulation feature of EMBA coming in July/August 2022.

With emulation it is possible to move the static only firmware analysis process to the next level.

We call this hybrid firmware analysis.

EMBA is using emulation during firmware analysis now for a while. For example, a technique called user-mode emulation is used to emulate applications from the tested firmware to gain new insights. This mechanism improves the version detection capabilities massively. Finally, it results in the best outcome in the identification of known vulnerabilities, exploits and the real-world risk of a firmware. For further details take a look at the documentation here. But, this technique has its limits and is currently only available for our so called 1-day vulnerability detection.

The basic design principles of EMBA includes a highly modular and flexible architecture. Nevertheless, the new system emulation modules do not fit into the available module structure. With this in mind we created a new live tester module category (modules/L*). 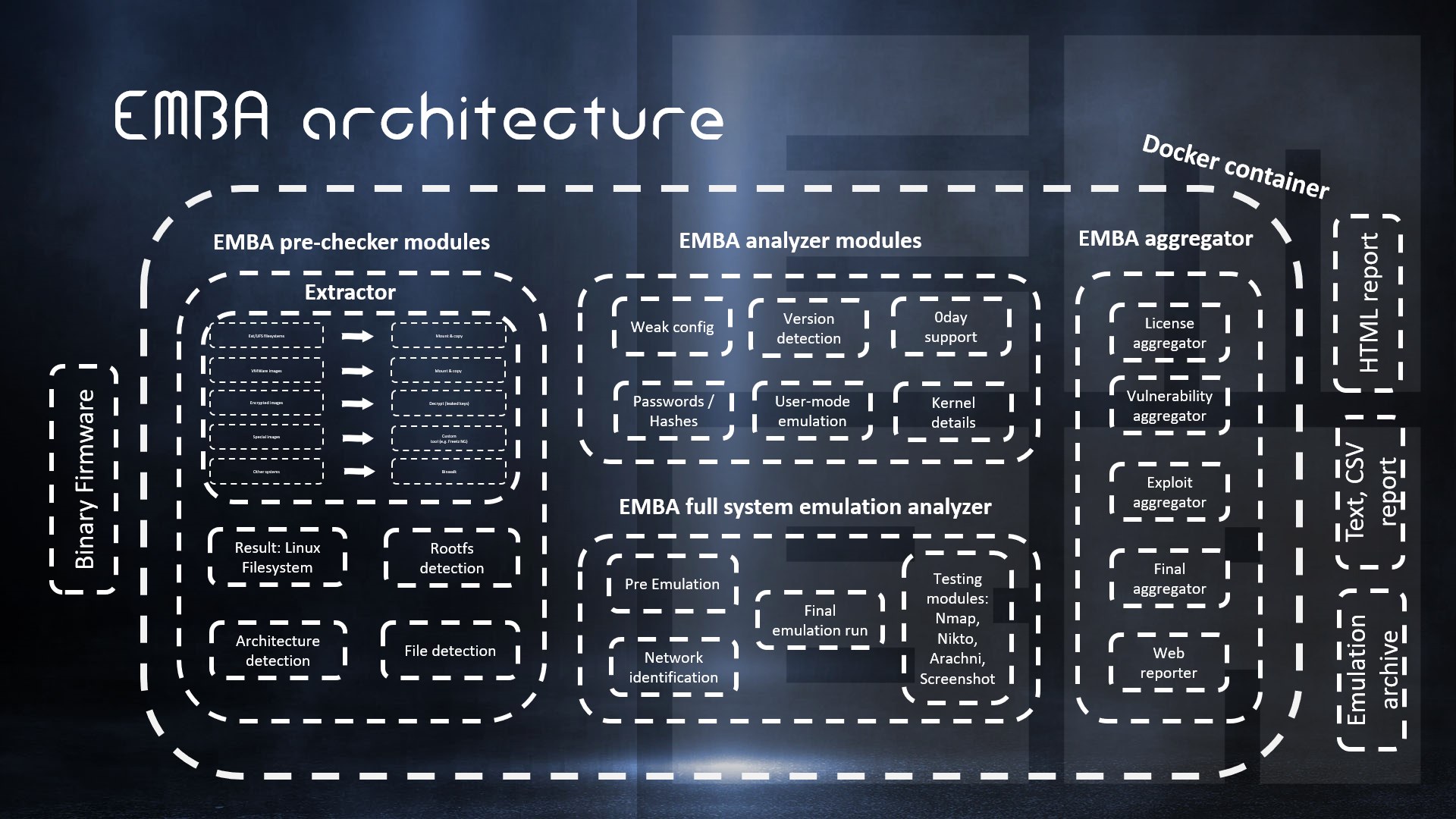 This category includes all system emulation modules. These modules are executed after the usual EMBA standard checking modules (S*) and are able to use the results from these modules. Currently these modules are running in a non-threaded mode. Within this new category EMBA is doing the following tasks:

For our initial benchmark we used the dataset that was published by the authors of FirmAE (see here).

Further benchmarks with firmware files not covered by the original FirmAE testset showed a much higher successrate from EMBA compared to firmadyne and FirmAE.

The following overview highlights areas where the EMBA reimplementation was optimized: 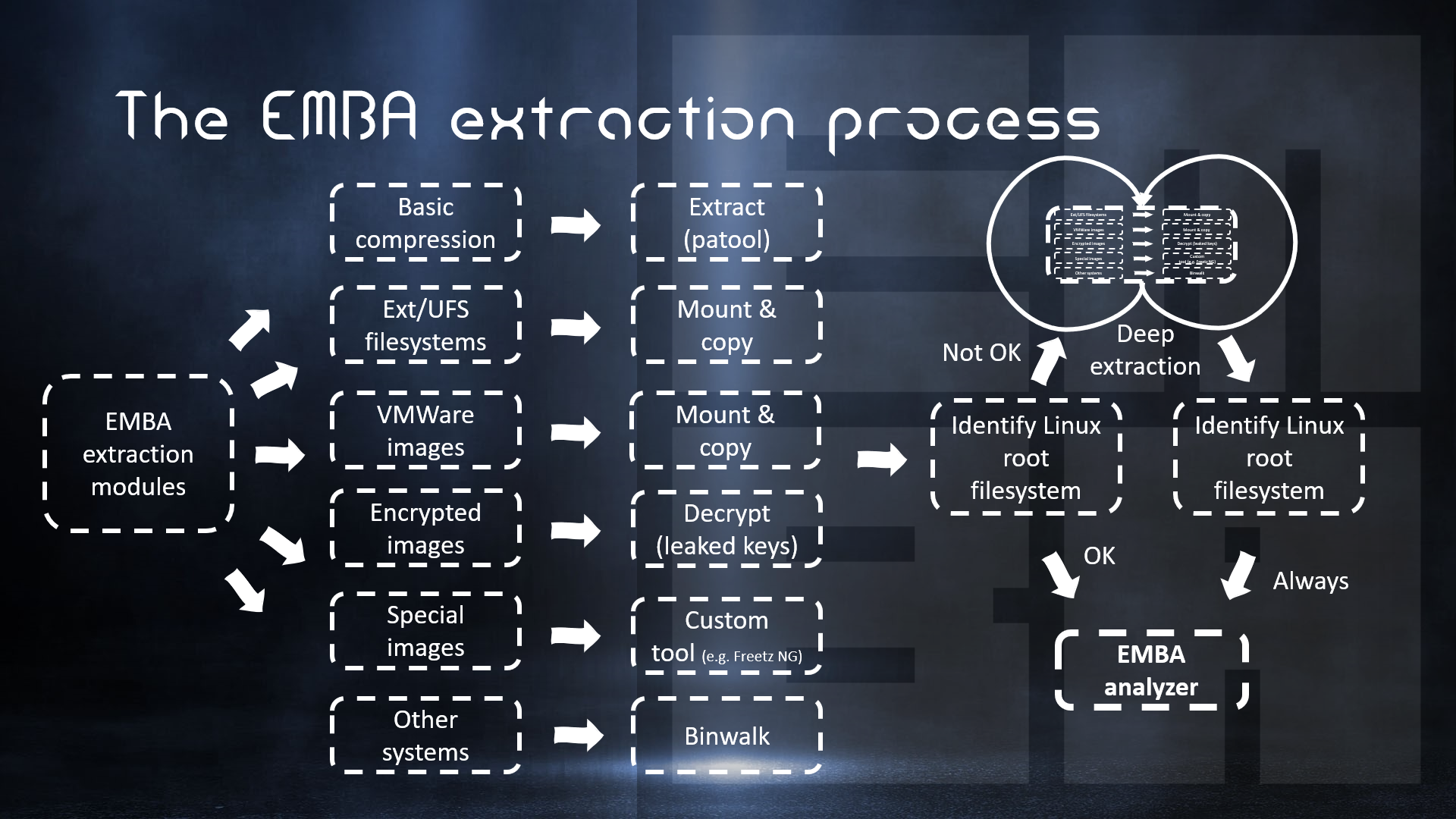 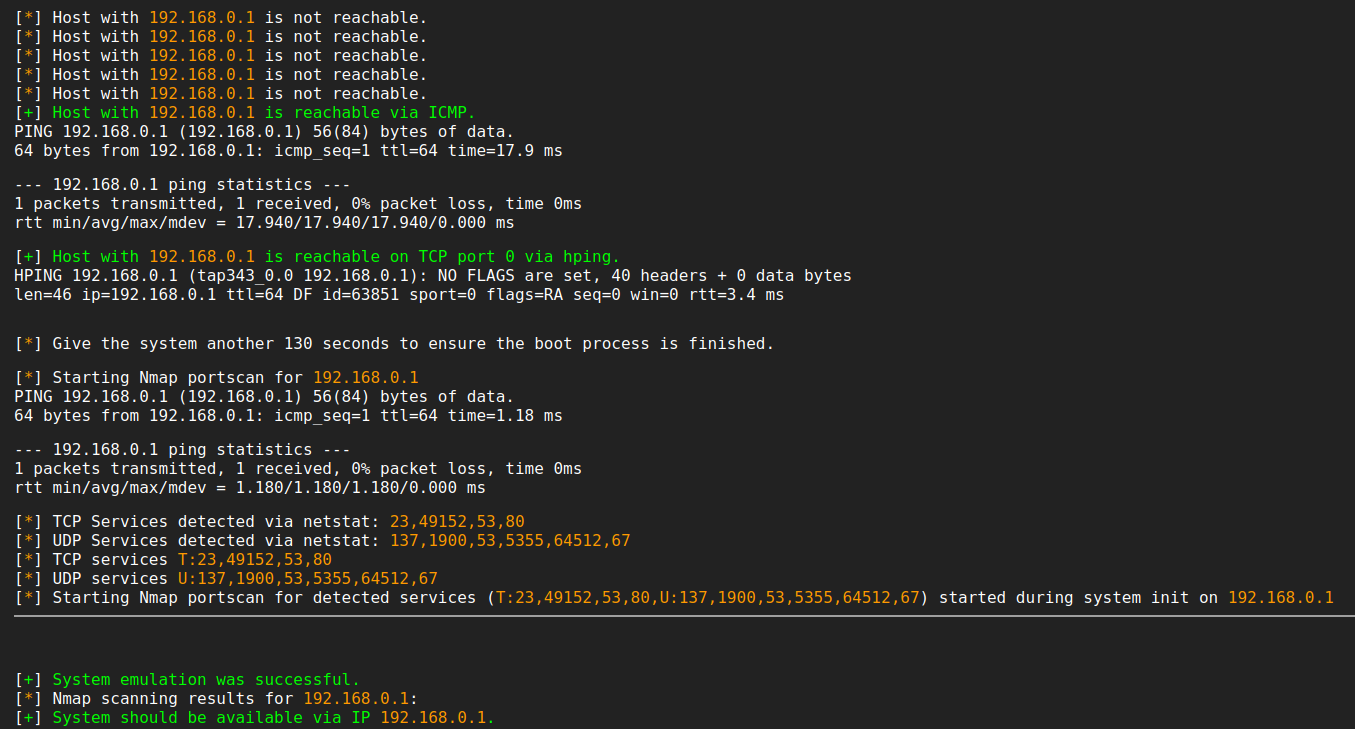 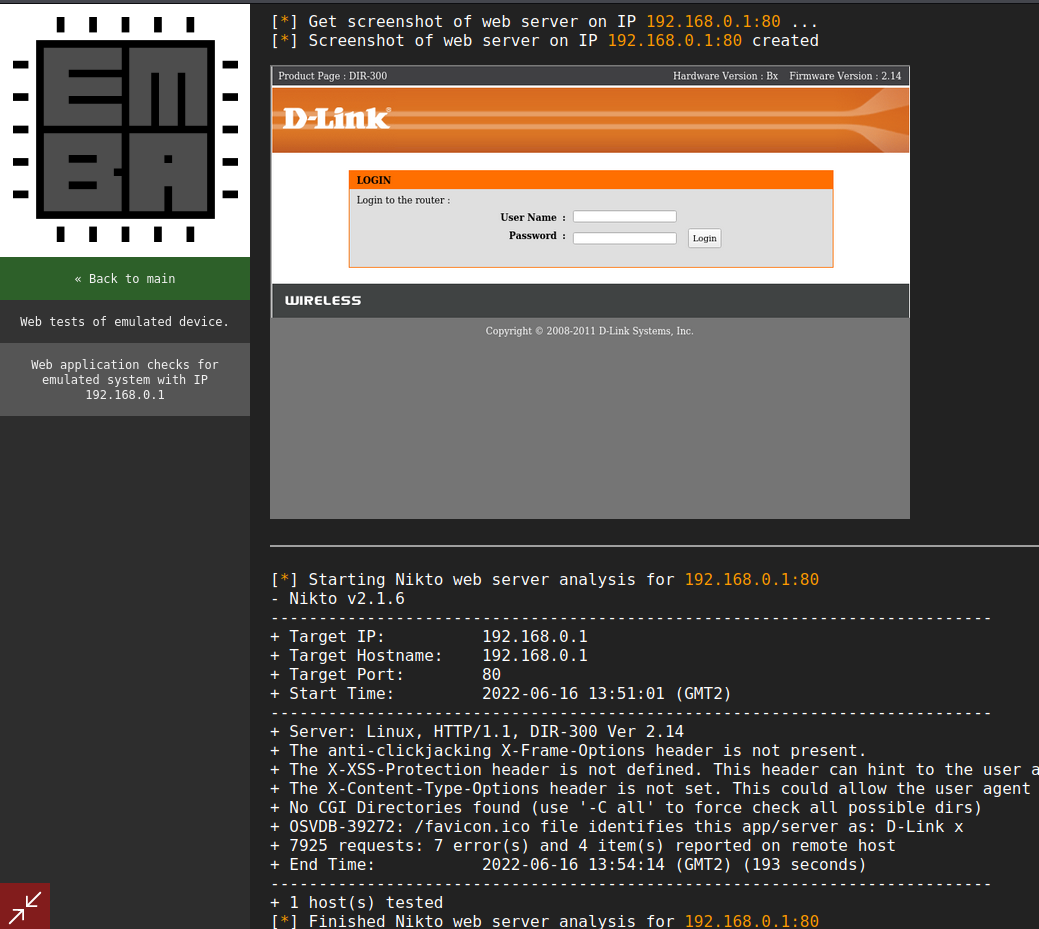 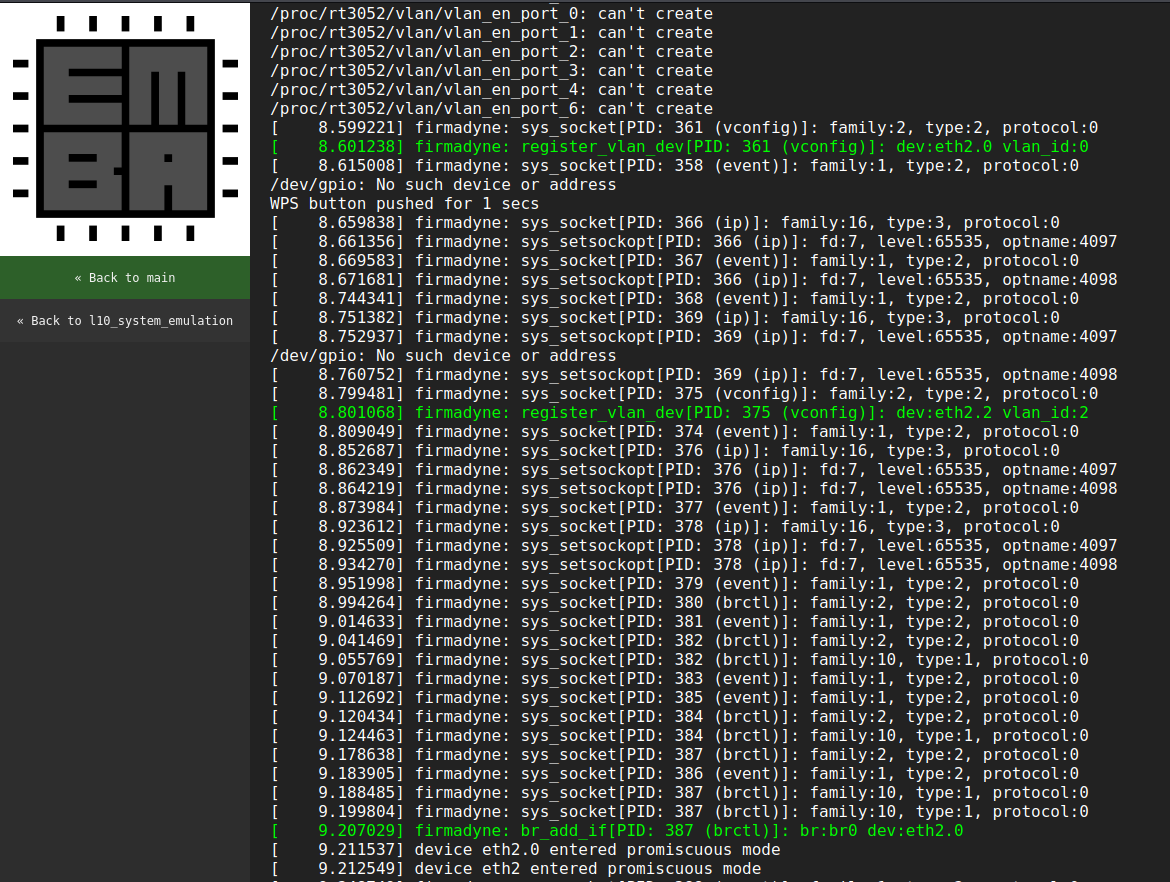 The following command shows a useful combination of EMBA parameters for initiating a system emulation analysis:

Additionally, there is a scan profile available for enabling system emulation on a default scan:

Please check out the great work from the original authors of firmadyne here. Also check out the massive improvements of firmadyne by the FirmAE authors here.
We can't thank those people enough for their inspiring work and hope we can carry on the torch with EMBA and if you want to help us in improving this new feature, then think about what is still missing and implement it. We are waiting for your contributions or your inspiring ideas and valuable bug reports.