A project to open source Diablo 2.

A project to open-source Diablo 2, under the GNU General Public License. 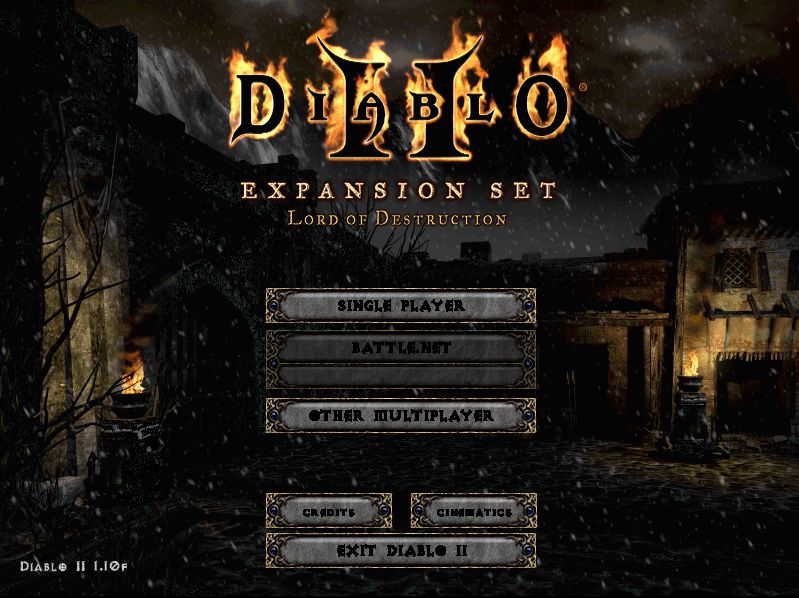 Why would you want this? Well:

The majority of the gamecode is still being written. Currently, you can connect to a TCP/IP game and it will show up on the other end that you've connected, however it will stall on loading. Most of the main menu works outside of that.

If you would like to contribute to this project, please fork it and submit pull requests.

To compile this project on Windows, all you will need is CMake and Visual Studio 2017 or later.

Run cmake-gui and set the Source directory to this folder. Set the "Where to build the files" to be ./Build. (This is so that the git repository doesn't pick this up as a source directory). Then, simply open the project file in whatever IDE you want.

After that, the following commands can be used to install:

Generally speaking you will want to run the game from a separate directory from the main game, in order to not screw up your original installation. The original game options are preserved:

And OpenD2 adds a few of its own, which start with + instead of -:

Generally speaking, you will want to run with +basepath="C:/Program Files (x86)/Diablo II" (assuming you have the default install directory)

In order to play, you must host a game in TCP/IP in vanilla Diablo 2 (version 1.10) and join it through the OpenD2 client. This is because OpenD2 does not have a serverside yet.

Just as in the original game, there are several interlocking components driving the game. The difference is that all but the core can be swapped out by a mod.

The core game engine communicates with all of the other components and drives everything. It is (or will be) responsible for the following:

D2Common contains common routines needed by both the serverside and clientside. This includes things such as dungeon-building from random seeds, skill logic, .TXT -> .BIN compilation, and more.

The serverside is responsible for quest management, AI, and more. Ideally, this should be allowed to mismatch the client DLL and have custom game server logic.

The clientside is responsible for client logic, mostly with drawing the menus and sprites.

A project to open source Diablo 2.