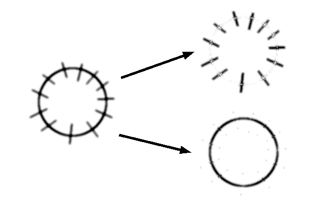 How to install and run macro

In general, you can combine radial/non-radial images (3 and 5) together with different LUTs using Image->Color->Merge Channels.. command of ImageJ (cyan=radial, magenta=non-radial): 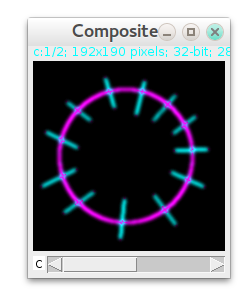 Here is image of a cytoplast at round micropattern kindly provided by Manuel Thery (gray) and separation result (cyan=radial, magenta=non-radial):

It is easy to see some artefact at the center. The density of microtubules is high there, they overlap over each other and so it is impossible to distinguish individual filaments shapes. But line features can be enchanced using Hessian FeatureJ function (smallest eighen value, no absolute comparison), so shapes can be distinguished a bit better: 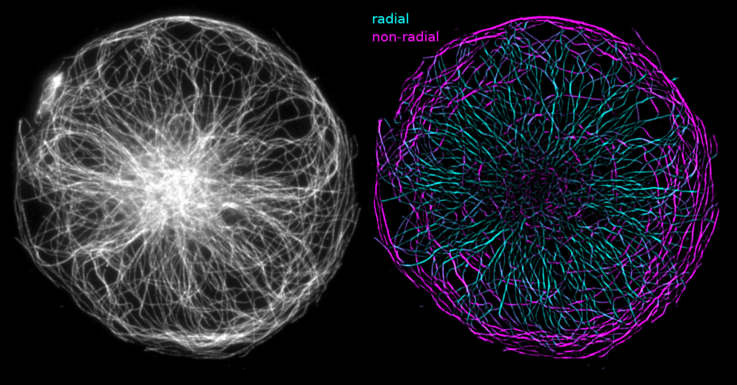 2019.10.17 Thanks to Junnan Fang feedback macro is updated to the current version of OrientationJ