This project demonstrates how to implement an event-sourced web application based on the Eligosource Eventsourced library. It is based on former work that has been described in the articles

Compared to the old implementation, the whole service and persistence layer have been re-written and the domain events are now decoupled from the immutable domain model. The web UI and the web API remain unchanged.

The example web application uses the Eventsourced library for both event-sourcing and command-sourcing. Furthermore, it implements the CQRS pattern and follows domain-driven design principles. 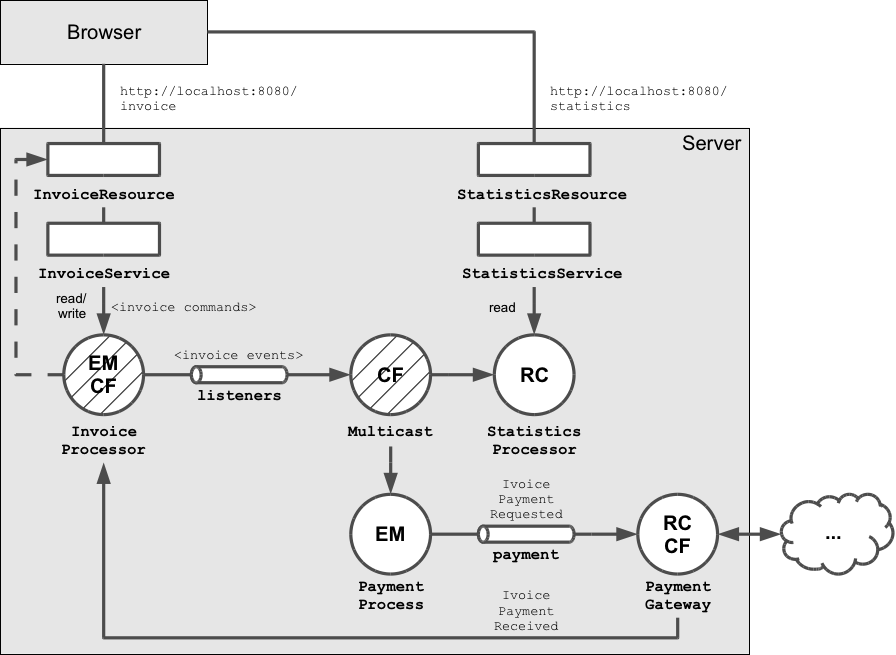 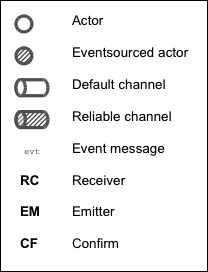 Clone the example application and compile it

To start the example application, enter

at the sbt prompt. Then go to http://localhost:8080 and create some invoices.

The example application's RESTful service interface supports HTML, XML and JSON representation formats. Content negotiation is done via the Accept HTTP header. The following examples show how to get HTML and XML representations for invoice-3.

Click on http://localhost:8080/invoice/invoice-3. Provided you have created an invoice with id invoice-3 before, you should see something like