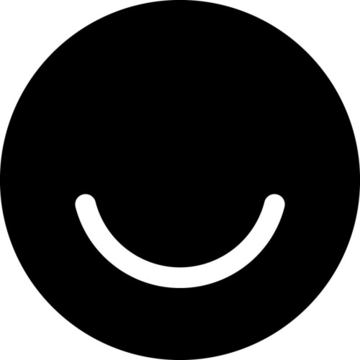 Open source, but not open API

Our API requires an application key and secret, which are currently being kept private. You can browse the source, and you can compile it, but you won't be able to run it against our API. Sorry, but we don't have the resources to support this kind of open access. We have always planned to offer 3rd party access, so hopefully this will change soon!

We use the dotenv gem to access application secrets in the terminal, and cocoapods-keys to store them in the app. Add the following values to your .env.

Once you have client credentials, compile them into cocoapods-keys by running:

Testing out Push Notifications with Knuff

Starting with iOS 9 Apple added support for Universal Links. The previous link does a good job explaining the concept. Generating the apple-app-site-association file that is needed on the server is not well explained.

Create the certs in Apple's developer portal in the usual way (using the 1Password APNS password as the cert keyphrase), and download the .cer file (two of them, actually, one for co.ello.Ello, one for co.ello.ElloDev). Install that file into your keychain, then export the private key (in.p12 format, with no password).

We use pinned certificates to avoid man-in-the-middle SSL attacks. We use a rolling "primary + backup" pair of certificates, so if the primary expires or needs to be pulled, the backup is easy to swap in. Every now and then the primary / backup need to be rotated.

Merge all new changes into master, checkout a new branch release/x.x.x. Change version number in Ello and Share Extension targets. Create the archive using the Ello scheme (not ElloDev). Using Ello will update the build numbers in both plists. Commit version and build number changes. Upload archive to TestFlight. After QA changes are often required. Continue making changes, merging them into master. Then rebase the release branch onto master and repeate until a release candidate is submitted to Apple for review. Once the release is approved and live in the store you git tag x.x.x and merge the release branch into master. Following these conventions will allow github to automatically mark the release as an official release.

Sometimes you may need to increase the build number without making any changes to the code. iTunesConnect requires unique build numbers which in our case, are based off the number of commits. Any easy way to do that is git commit --allow-empty -m "bumping build number".

Bug reports and pull requests are welcome on GitHub at https://github.com/ello/ello-ios.

Ello iOS is released under the MIT License

Ello was created by idealists who believe that the essential nature of all human beings is to be kind, considerate, helpful, intelligent, responsible, and respectful of others. To that end, we will be enforcing the Ello rules within all of our open source projects. If you don’t follow the rules, you risk being ignored, banned, or reported for abuse.