Airbot is a small API endpoint (with two endpoints at the time of writing) that will accept a geolocation and will return the air quality index of that location.

It's written in few hours work after the Northern California wildfires smoke hit San Francisco and the bay area in October 2017.

It's designed to answer in the most basic Slack format so that it can be used as a Slack endpoint for a bot.

No authentication is required to use this API.

It's designed to be easily deployed on Heroku. You have to define:

HipChat is not supported anymore. WomWomp... 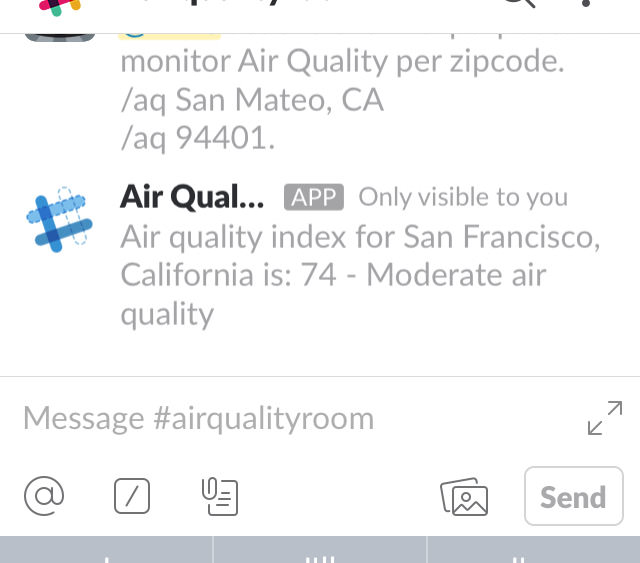