iBlockly is a visual programming editor for Arduino. iBlockly is a fun, easy way to program the Arduino-based microcontroller.

iBlockly is a visual programming editor for Arduino. It is based on Google's Blockly, which has been forked to generate Arduino code.

iBlockly is a fun, easy way to program the Arduino-based microcontroller, in which you build a program – piece by piece – using the blocks. Thanks to Google's Blockly development team for distribution and open all necessary sources for our team to make our own the graphical programming tools for young and newbie maker.

The iBlocklyServer Python package initialises a local server to be able to compile and load the Arduino code using the Arduino IDE.

This is all packaged in a self contained executable on browser Chrome, Opera, Firefox and Microsoft Edge. 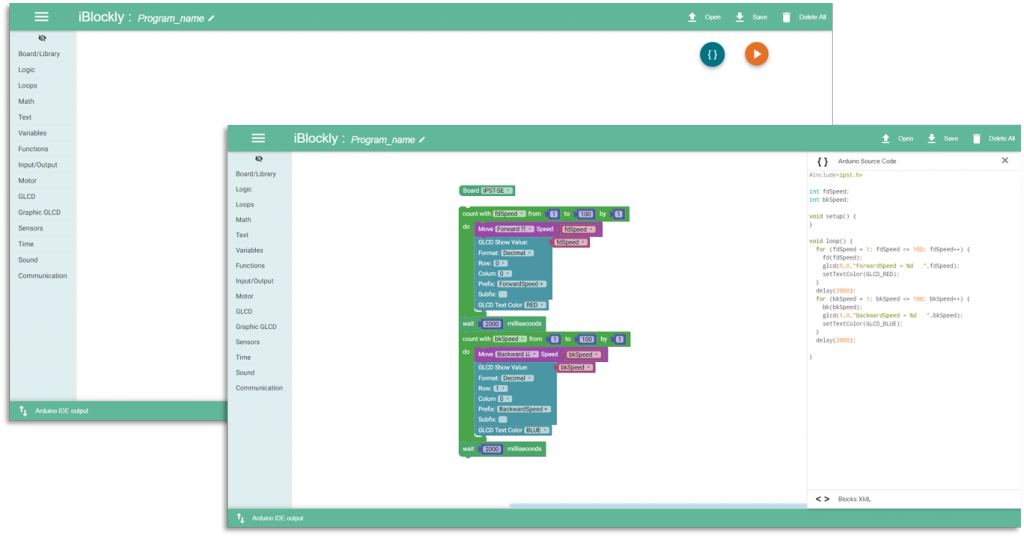 iBlockly is still under development and a few features are not yet implemented. A to-do list can be found in the TODO.md file.

You will also need the Arduino IDE by INEX version 1.7.11 or higher. for compile and upload to Arduino board.

If you prefer, the core software can be used by running only the Python server, which loads the web interface on your local browser (Chrome recommended).

The quick version: Clone this repository, initialise all submodules, and execute: 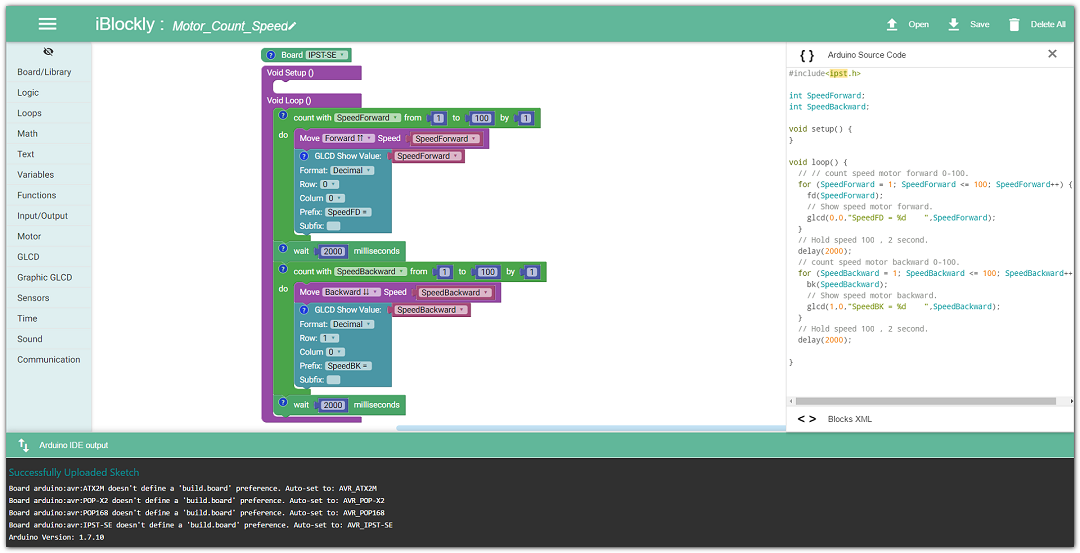 Unless stated otherwise, the source code of this projects is licensed under the Apache License, Version 2.0 (the "License"); you may not use any of the licensed files within this project except in compliance with the License.

The full document can be found in the LICENSE file.

iBlockly is a visual programming editor for Arduino. iBlockly is a fun, easy way to program the Arduino-based microcontroller.