Manage your torrents from your Android device

"Manage your torrents from your Android device" 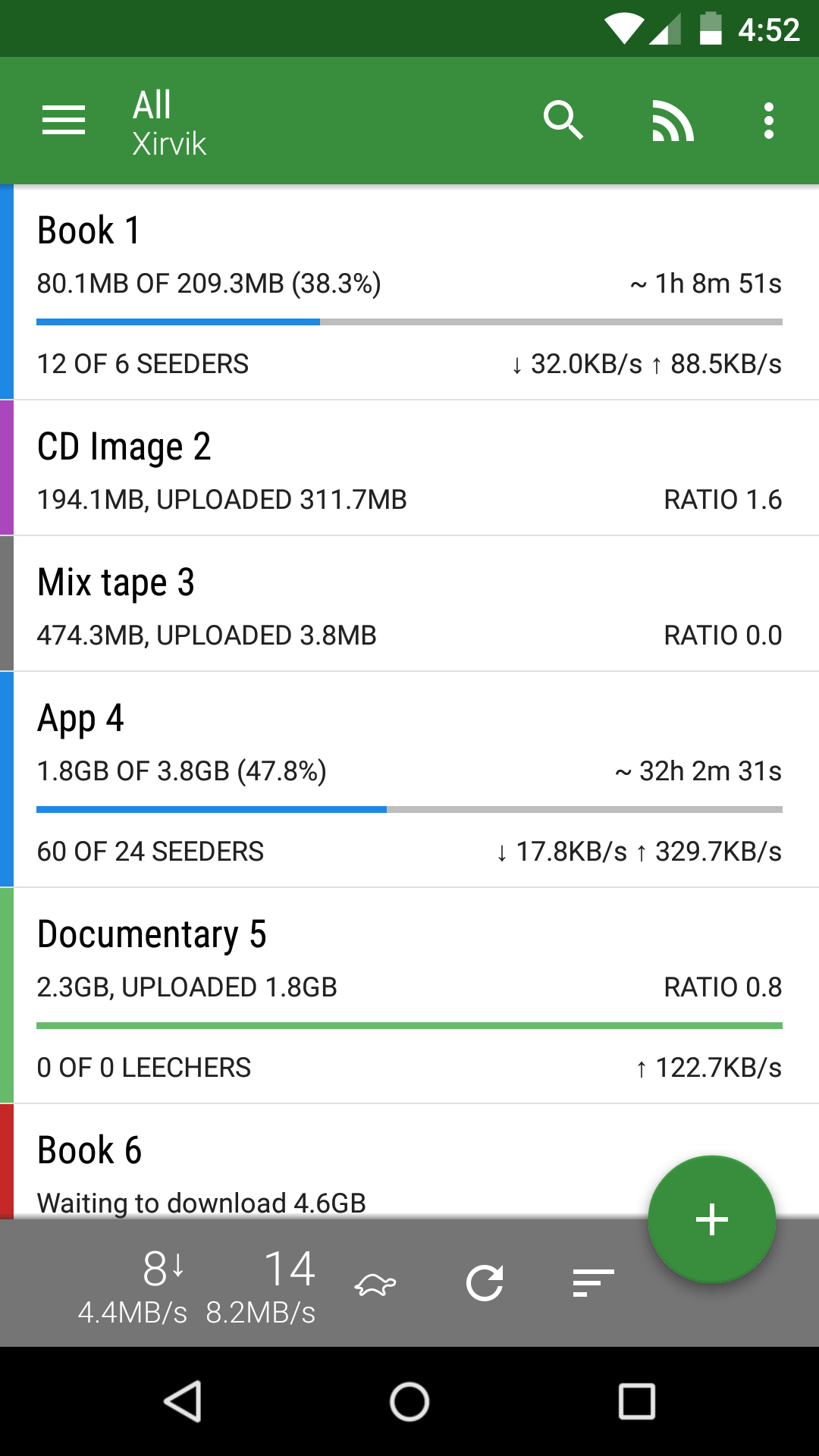 Manage your torrents from your Android device with Transdroid. All popular clients are supported: µTorrent, Transmission, rTorrent, Vuze, Deluge, BitTorrent 6, qBittorrent and many more. You can view and manage the running torrents and individual files. Adding is easy via the integrated search or RSS feeds (full version required). Monitor progress using the home screen widget or background alarm service.

Please respect the coding standards for easier merging. master contains the current release version of Transdroid while dev contains the active development version. However, larger, new features are developed in their own branch.

Starting with version 2.3.0, Transdroid is developed in Android Studio, fully integrating with the Gradle build system. It is (since version 2.5.0) compiled against Android 5.1 (API level 22) and (since version 2.2.0) supporting ICS (API level 15) and up only. To support lite (Transdrone, specially for the Play Store) and full (Transdroid) versions of the app, build flavours are defined in gradle, which contain version-specific resources. Dependencies are managed via JCentral et al. in the app's build.gradle file.

Designed and developed by Eric Kok of 2312 development. Contributions by various others (see commit log).

Some code/libraries/resources are used in the project:

Manage your torrents from your Android device