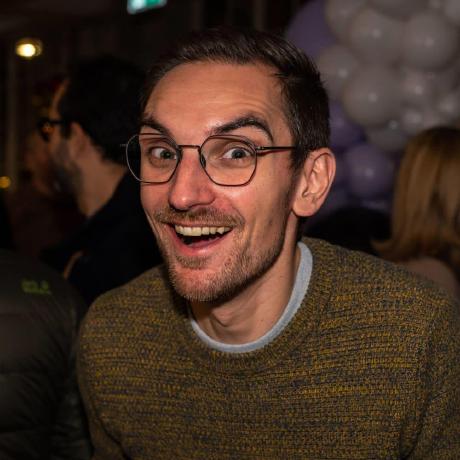 Working on it
Elio Struyf is an Office Development MVP and board member of BIWUG. He works as a lead architect at Valo Intranet.
Follow
Sponsor
162 followers · 2 following · 32

Elio is an independent Belgium-based Engineering Lead, Blogger, and Public Speaker whose tenacity, determination, and drive have earned him the reputation as a trusted thought leader in the information technology space. Deeply passionate about what he does for a living, he is a firm believer in following your dreams no matter what. To him, one’s profession should also be their purpose. Furthermore, he believes that we only have this one life to live, so we should spend that life feeling truly fulfilled both professionally and personally.

Throughout the last decade, Elio has gained extensive experience in Office 365 and SharePoint development. Within those 10 years, he was deemed a Microsoft MVP five consecutive times and has been recognized as a SharePoint/Office 365 Top 25 Influencer three times.

Elio’s inspiration for his blog began back in 2010 when he was facing a challenge that took him several days to overcome. The moment he found that solution, he realized how much he wanted to share his findings with the world. That’s when his blog was born. Fast-forward two years, and he expanded his horizons by dabbling in the public speaking arena. After speaking at a local BIWUG community (https://biwug.be) event and becoming their VP a year later, he knew this was yet another way he could not only connect with others but share valuable knowledge with them. What was once a fear of public speaking ultimately turned into an obsession.

When he isn’t helping fellow IT developers, you can find Elio Struyf on his bike, coding, gaming (the Final Fantasy games are his favorite), binge-watching anime, or building random structures with Legos.

Elio speaks at various conferences*. If you are interested in having him at your conference, you can check out his session list.

*: This has something to do with venues, lots of people, and sharing knowledge. Sad that this has been such a long time ago.

Elio loves to code, and that you might find some hidden treasures in his repositories. Here is a list of useful projects he frequently uses himself:

Together with Luise Freese, Elio owns a side hustle/business called Pimp Your Own Device. The company is all about stickers. Stickers are what makes you unique in the technology community. Some people refer to it as prison tattoos.

We find laptops just dull and want to spice them up with some sticker art. As there are many cool stickers available at conferences, it is not always easy for everyone to get them. That is what inspired us to start this business. We want to make it easier for everyone to get these cool stickers. Are you interested? Come and check us out at https://pimpyourowndevice.com.

Find out more about me

1,419 contributions in the last year

Name change from IndexDB to IndexedDB.

Changes to the DOM which affects SharePoint solutions