euroteamoutreach.org is the official web site for Euro Team Outreach, Inc., a Christian organization dedicated to the advancement of the Gospel of Jesus Christ.

This site was built using Middleman. 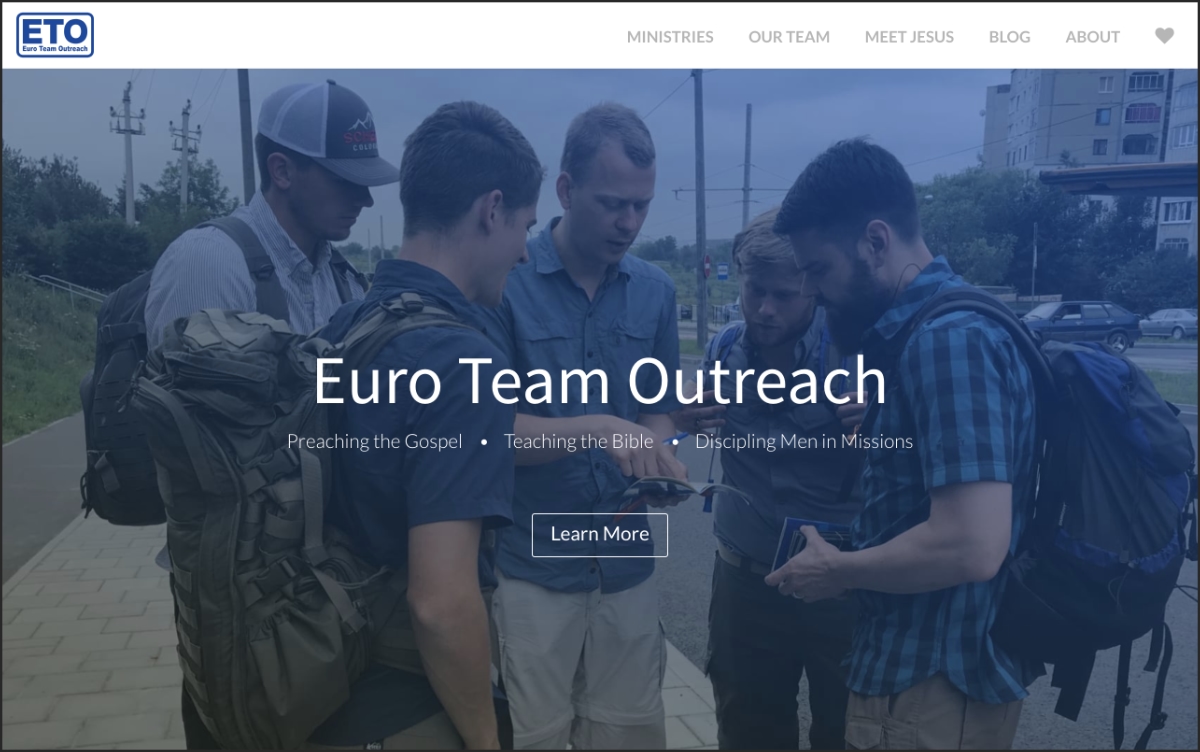 To get started, clone the repo, cd into it, and run the setup script.

Custom environments can be invoked on the command line with -e flag like so:

For completeness, all four environments used in this app have corresponding files:

Testing is done with Rspec. Run the tests like so:

Consider adding the following to your .bashrc or .zshrc file:

euroteamoutreach.org is currently deployed on Amazon S3. Detailed instructions are available from Amazon.

BONUS: If you deploy with Amazon, you can get a free ssl certificate for your site!