Everpix was started in 2011 with the goal of solving the Photo Mess, an increasingly real pain point in people's life photo collections, through ambitious engineering and user experience. Our startup was angel and VC funded with $2.3M raised over its lifetime.

After 2 years of research and product development, and although having a very enthusiastic user base of early adopters combined with strong PR momentum, we didn't succeed in raising our Series A in the highly competitive VC funding market. Unable to continue operating our business, we had to announce our upcoming shutdown on November 5th, 2013.

At the time of its shutdown announcement, the Everpix platform had 50,000 signed up users (including 7,000 subscribers) with 400 millions photos imported, while generating subscription sales of $40,000 / month during the last 3 months (i.e. enough money to cover variable costs, but not the fixed costs of the business).

The following high-level metrics are from September 2012, when we started selling subscriptions, to October 2013, the last month before our shutdown announcement: 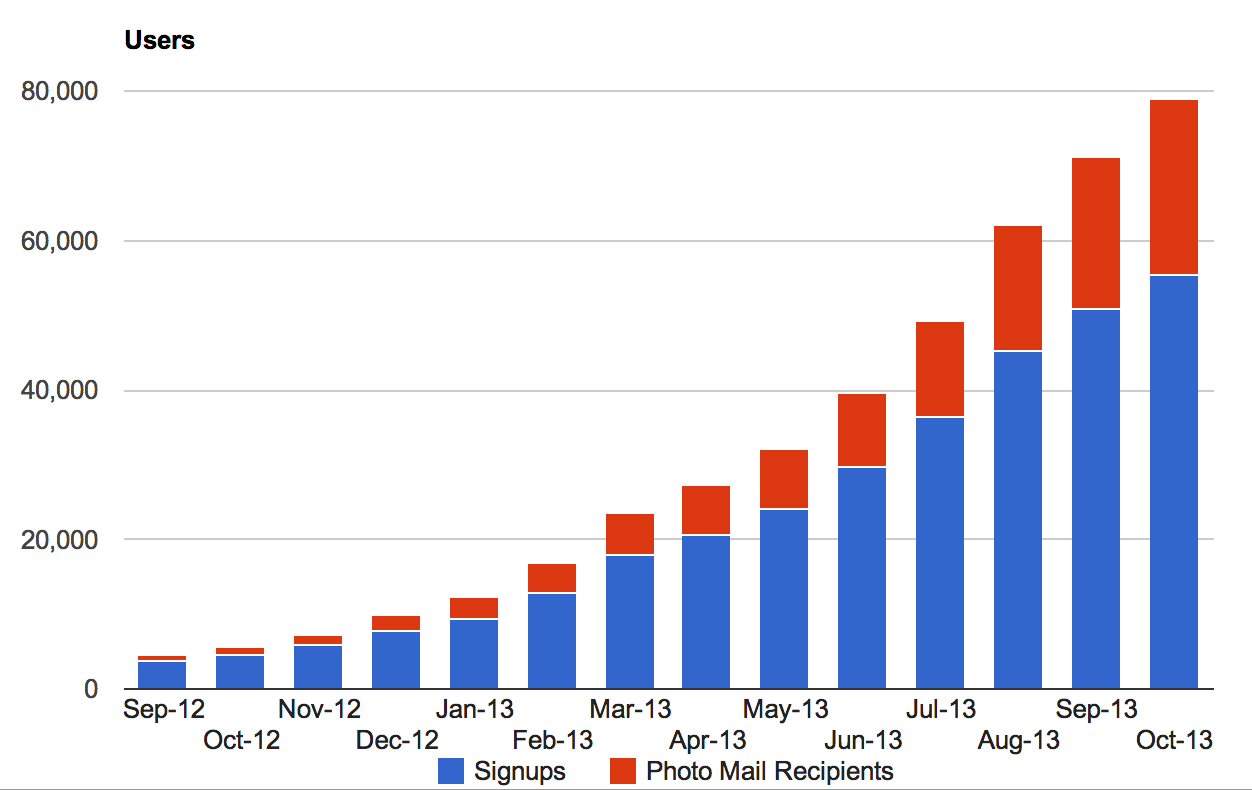 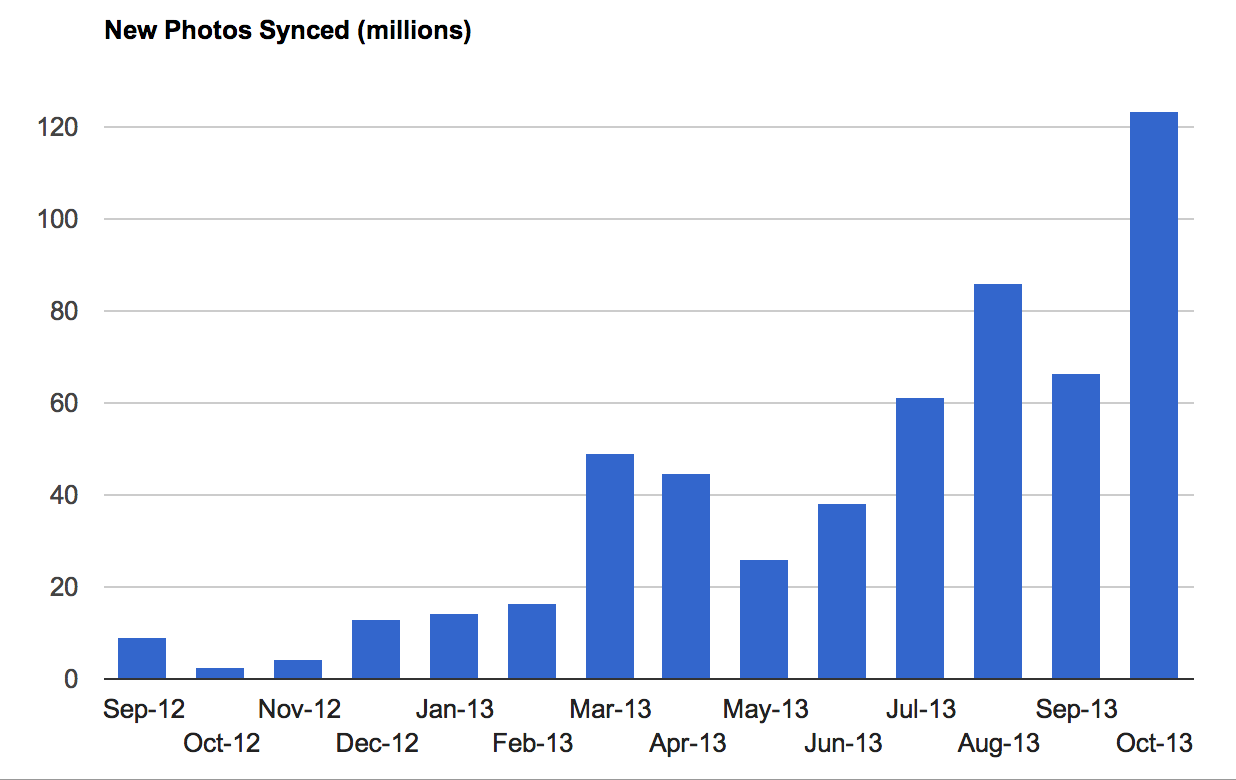 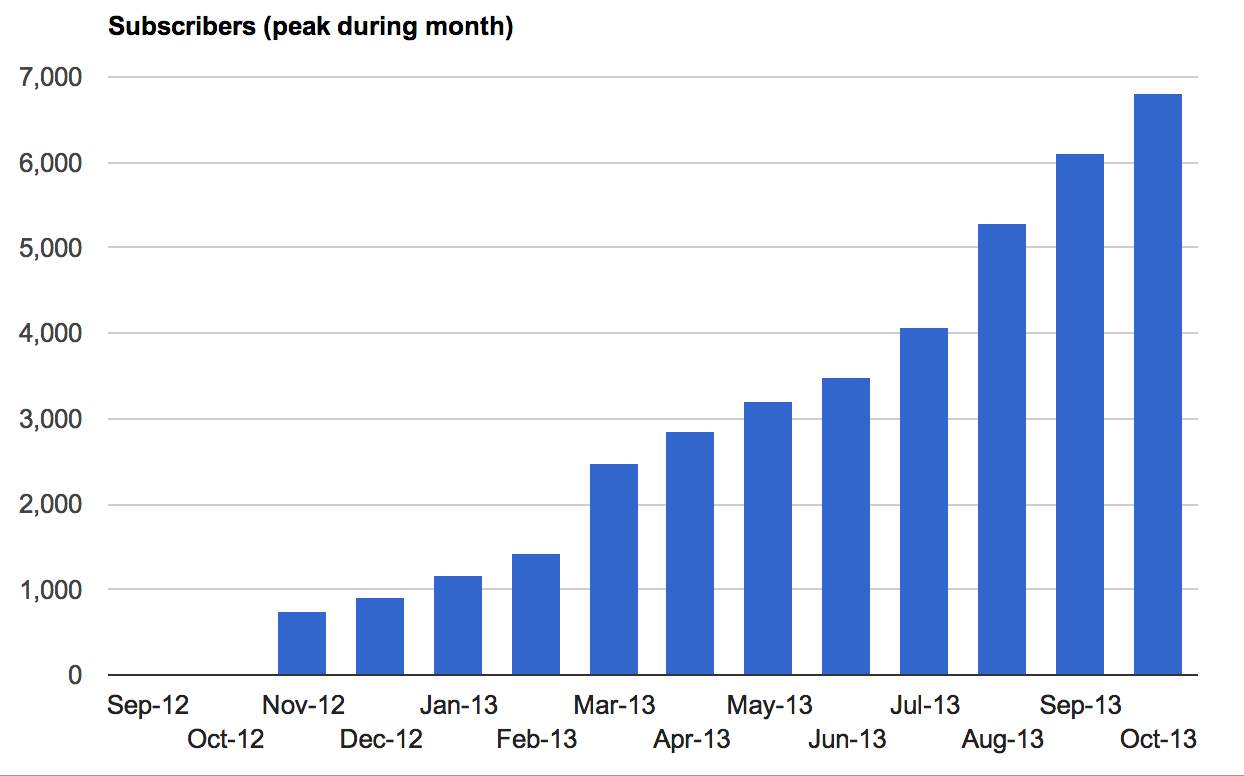 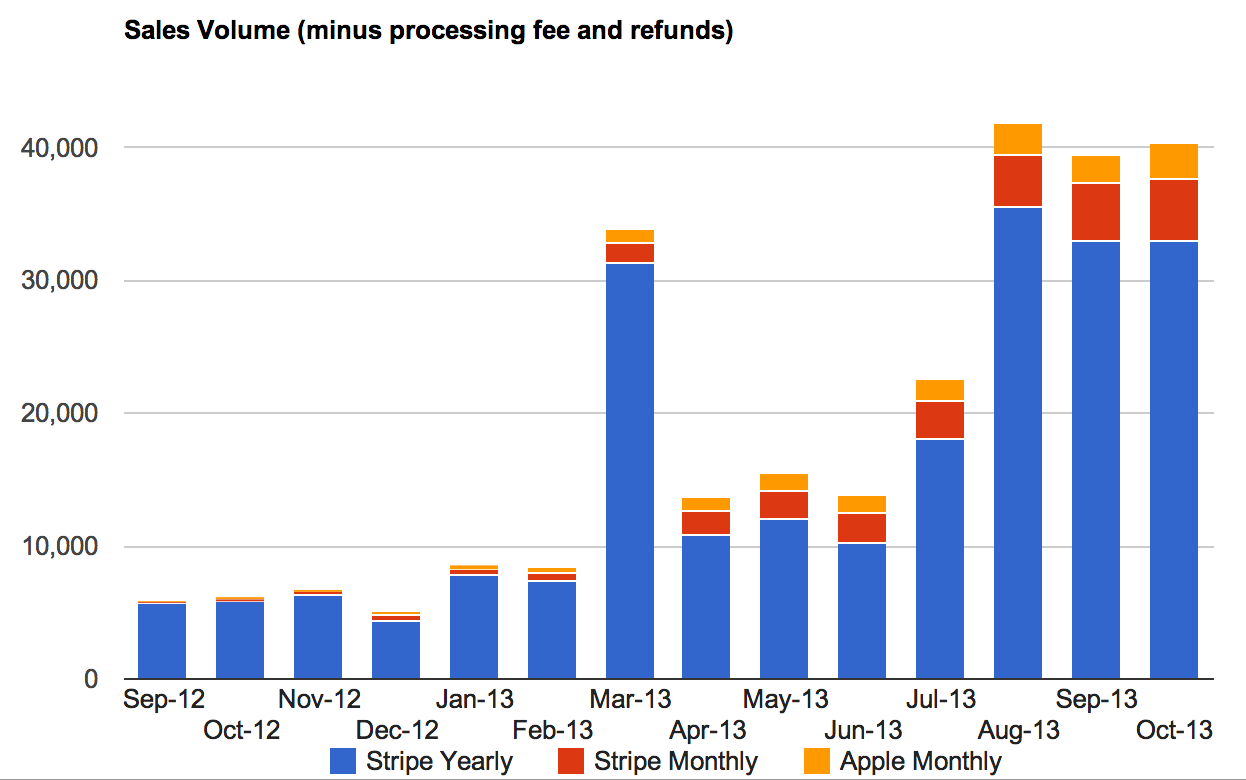 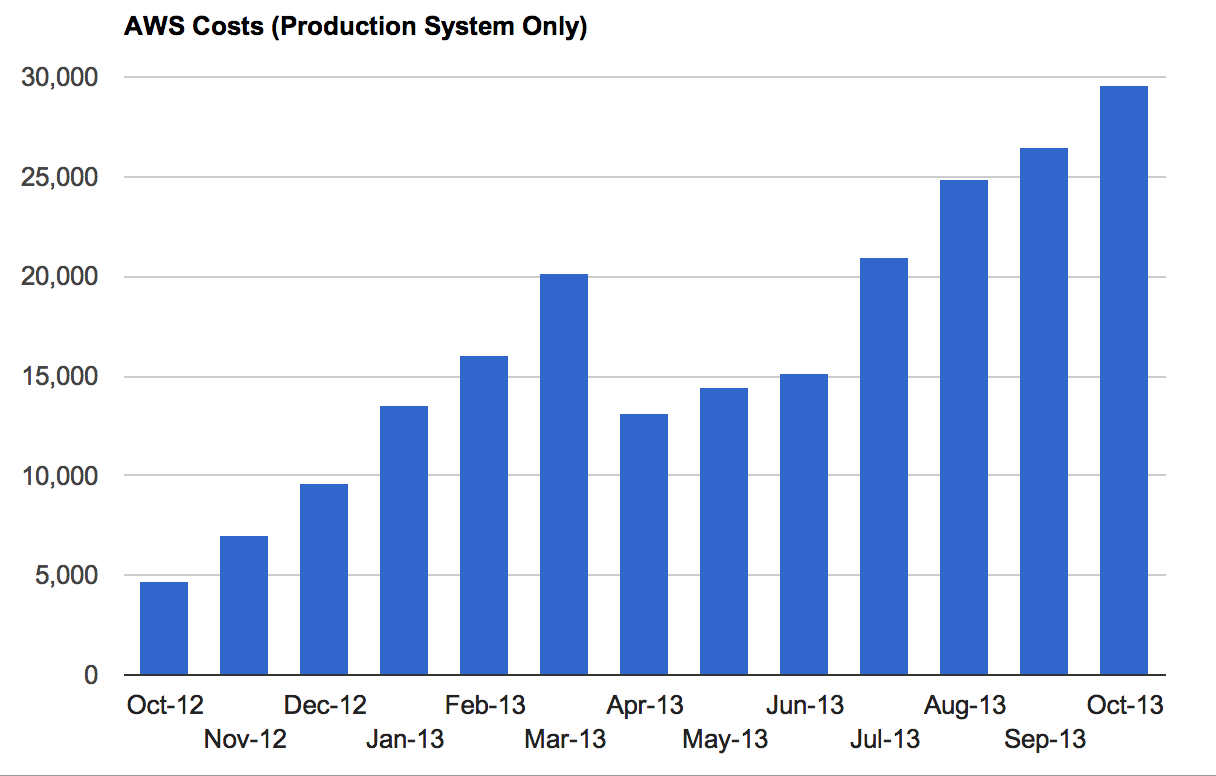 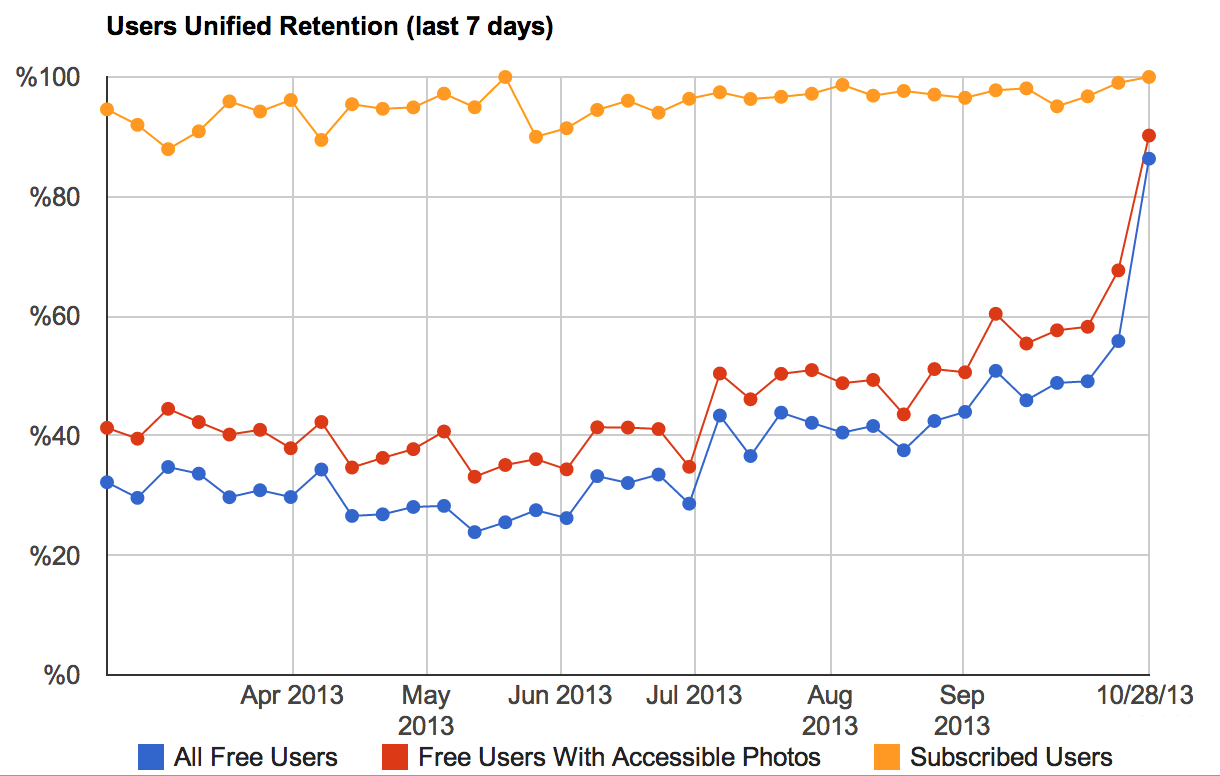 Building a startup is about taking on a challenge and working countless hours on solving it. Most startups do not make it but rarely do they reveal the story behind, leaving their users often frustrated. Because we wanted the Everpix community to understand some of the dynamics in the startup world and why we had to come to such a painful ending, we worked closely with a reporter from The Verge who chronicled our last couple weeks. The resulting article generated extensive coverage and also some healthy discussions around some of our high-level metrics and financials. There was a lot more internal data we wanted to share but it wasn't the right time or place.

With the Everpix shutdown behind us, we had the chance to put together a significant dataset of hundreds of files covering all aspects of our business. We hope this rare and uncensored inside look at the internals of a startup will benefit the startup community.

Here are some example of common startup questions this dataset helps answering:

The metrics in the dataset were "frozen" as of November 6th, 2013 (the day following the announcement of Everpix's shutdown) and represent more than 90% of all available Everpix metrics. Only metrics covered by NDAs with partners or metrics exposing identifiable Everpix users information have been omitted.

To maximize reusability, metrics are formatted as CSV files (using UTF-8 text encoding) and with the first row being the column names.