Convergent UI is a special Zuul Filter that aims to provide a solution to the Distributed Composition problem faced when building a GUI within a Micro Services Architecture. Inspired by a great article by Clifton Cunningham on Medium and his work on Compoxure, we decided to work on porting their architecture to our Spring Cloud based architecture. The Compoxure Architecture used many simular constructs available within Spring Cloud, so it made sense to us to port the ideas proposed by Clifton to the Spring framework.

Distributed Composition is a term that describes the need for a single UI to include pieces of UIs from many services. When building a Micro Services Architecture, we are told to seperate concerns as much as possible, and to us, that also means seperating the UIs from each other. At the same time, there is a desire to have a unified UI that doesn't look/act like a frameset from the 90's. Clifton provided a wondeful mockup of a UI that you might want to break up into smaller parts here: 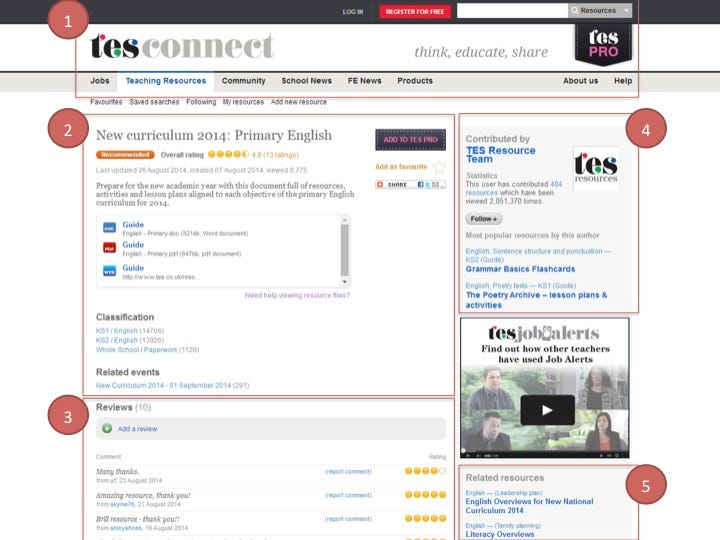 As he described, each numbered section could come from different Micro Services on the backend. If you are interested in a more indepth description of the problem, different options for solving this problem, please read Clifton's article or as presented by Dejan Glozic.

To summarize Clifton's approach, he described a Proxy that would handle composing a single UI from multiple backend services which they implemented as Compoxure using many Node.js features along the way. The Spring Cloud Architecture, which relies on many of the Netflix Open Source projects, provides such a proxy called Zuul. The Zuul Edge Server provides a mechanism to inject Filters into the processing stream which is where we inject the ConvergentUIFilter. The Spring Framework and Spring Cloud also provides Circuit Breakers and Caching mechanisms that help us implement many of the other robust features described in the Compoxure architecture.

Our approach is slightly different than the Compoxure approach, so read on to find out more about how Convergent UI works.

To include Convergent UI into your Zuul Proxy, you need to do the following:

First, include the dependency in your pom.xml (or gradle.properities):

In order for Caching to work, you need to provide a CacheManager implementation or have Spring Boot provide one.

If you're using Spring 5 without Spring Boot, define a CacheManager Bean, and use the @EnableCachcing annotation as detailed in Spring's documentation.

As we've said, Convergent UI is implemented as a ZuulFilter, so you will obviously need to be running Zuul in your architecture. In Compoxure, you had to specify where the base HTML layout would come from in their configuration. Our configuration is externalized and seperated from Convergent UI. All you need to do is set up your routing in the Zuul Edge Server and then Convergent UI will process HTML that comes from those routing endpoints. In our setup, our Zuul Proxy routes traffic to a common UI micro service. This common UI micro service serves up a HTML layout that defines the over all page and can now point to and include HTML and other content from other back end micro services as well.

So, once you have setup Zuul and installed the Convergent UI Filter, you are ready to go! Convergent UI will now scan all the HTML coming across your proxy for Convergent enabled documents.

The ConvergentUIFilter scans HTML coming across the Proxy for content enriched with some special tags. The most important of those tags is the data-loc tag. The data-loc tag specifies the location of the content you wish to replace a section of your composable page with. We also took a page from the ThymeLeaf book and introduced the idea of a Fragment within a page that you can include. This allows you to support both a stand alone UI in your microservice and also include the important parts of that UI in your Converged UI.

An example section of HTML follows:

The <div> would look like the following after passing through the ConvergentUIFilter:

As an example, if you wanted to load the javascript for a page served from the backend service service1 you would do the following:

This will force the page to request the script though the Proxy which enacts the ConvergentUIRequestFilter who gets the data and returns it to you.

You should be aware that any content in your backend service can be exposed via this manner, however, only GET requests are forwarded. Therefore, it's recommended that you protect your resources as needed to ensure you are only exposing the resources you want exposed to prying eyes.

If you want to see ConvergentUI in action, check out the example directory and run the example on your own box to see how it works.