We strongly believe in making continuous integration systems for mobile app developers better. While CI is a solved problem for backend and frontend applications, mobile ecosystems saw almost no improvements in their workflows. Three years ago we solved the problem of mobile app deployment with fastlane so that developers could automate nearly every single aspect of their daily development workflow. The only missing piece was a simple and reliable CI system. When it comes to CI, mobile app developers face some unique challenges, like having to use unreliable closed-source tools and web services.

So, we designed fastlane.ci following our opinionated core principals:

After 3 months of hard work, we’re extremely excited to announce we just completed our first milestone, the alpha release. We wouldn’t be here if it wasn’t for the fastlane community (shout out to Andrew, Jorge and many more). 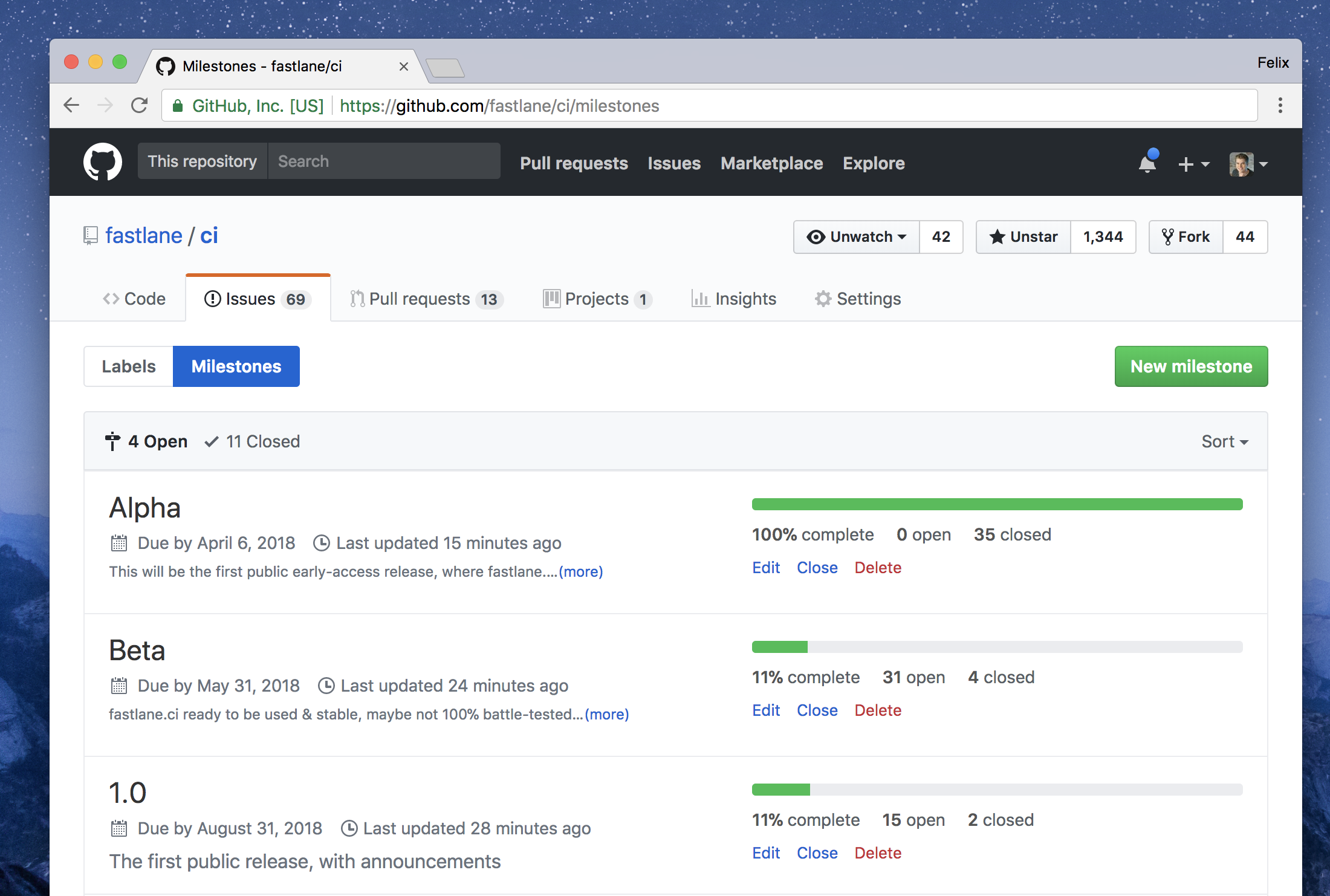 We’d love to work with you - fastlane.ci is a community driven project and we’re excited about every new person helping out!

To get started check out the GitHub project page and the Contributing.md

Be the first to hear about the official 1.0 release