This is 2048 game clone made using scalajs-react in just 350 lines of Scala and 250 lines of CSS. Scala.js is ordinary Scala code, but it compiles to JavaScript which is great. Yay! 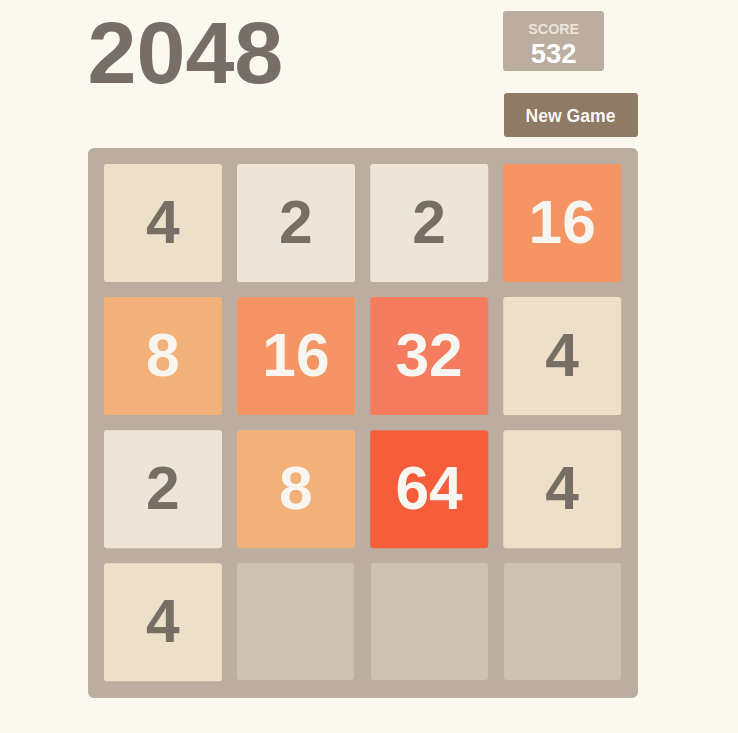 Game logic is implemented in game2048.Board class. It's based on idea that making a move in game is kind of the same despite direction, so 'the real logic' has to be implemented only once, for one direction and rest is pretty trivial. I decided to implement shiftLeft method, which 'shifts' row to the left. In that situation shiftRight implementation is as simple as reverse.shiftLeft.reverse. The same holds for moving up and down, but instead of rows one needs to operate on whole board (because there's no 'up' and 'down' in row dimension), so for example moveUp (which moves whole board up) translates to transpose.moveLeft.transpose, where transpose is the same as transposing a matrix.

Handling user input, managing game state and rendering takes place in webapp.Game2048Webapp and all of it is controlled by nice Scala interface for React scalajs-react. This class may look complicated at first, but it doesn't really do that much. The most important thing is setting CSS classes in createTile method, because all animations and tiles positions are represented using CSS.

Game should be at http://localhost:12345/src/main/html/index.html with 'reload on change' feature on.

The game was originally created by gabrielecirulli.