OpenCV bot which plays and solves numeric puzzles in the Puzlogic Unity game.

Puzlogic is a number based puzzle game with some similarities to Sudoku. In Puzlogic you get an oddly shaped grid with locations where you can fill in a number, and with some numbers already filled in. You also get a set of numbers you have to put on the board. The rules are that in no row and no column may there be two or more repeating numbers, and some columns or rows may have a constraint, requiring all numbers on that row/column to sum to a given number.

Goal of Puzbot is to solve these puzzles one by one, going from screen to screen, without any human intervention. 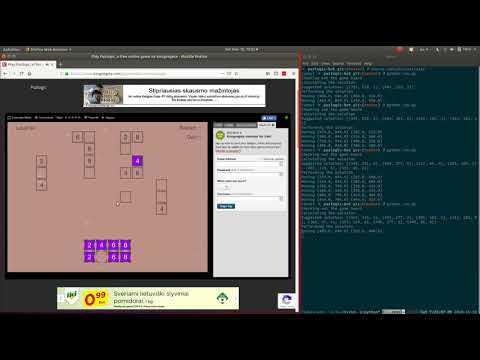 If you would like to know how it was built, here is a series of posts detailing just that: Solving Puzlogic puzzle game with Python and OpenCV: Part 1.