A tool for converting Freestyle strokes to Grease Pencil strokes.

With the latest version, it is possible to extract styling from Freestyle strokes. 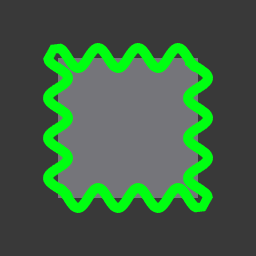 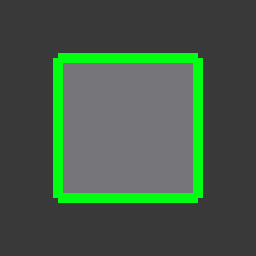 The exporter will transfer Freestyle strokes to GPencil strokes after the Freestyle rendering has finished. The strokes are added to the active GPencil data block in new layers (one per Lineset, with the same name as the Lineset).

The exporter may touch the layers it has created (i.e. the ones named after Freestyle line sets) during rendering, possibly ruining your drawing. To store a drawing produced with the exporter, rename its layer (to something that is not the name of a lineset in the current file). The renamed layer will not be touched: it is now safe to modify the strokes, for example with GPencil sculpting.

Because of technical reasons, the exporter cannot always clean up after itself. For instance, when the Freestyle color changes, the exporter can not safely remove the previous color from the GPencil palette. To keep the GPencil configuration clean and orderly, it may be needed to remove a layer and regenerate it after performing many changes to the Freestyle settings. 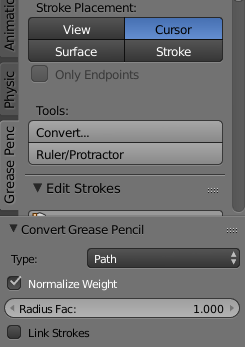 Conversion from GPencil to a curve object is possible, but generates an unexpected result by default. This is because GPencil -> Curve doesn't respect splines (all points are put in one spline), so there are extra curve segments connecting what should be lose stroke segments.

Luckily, there is a simple option to turn this off: The Link Strokes setting (bottom row on the image) makes the extra segments go away. The result is a curve exactly resembling the Freestyle output. This has millions of opportunities, like creating the curve once (with Freestyle -> GPencil -> Curve) and then rendering the curve instead of Freestyle, adding particle systems (seemingly) on Freestyle strokes, exporting to other programs/formats and using all kinds of modifiers (curve, explode).