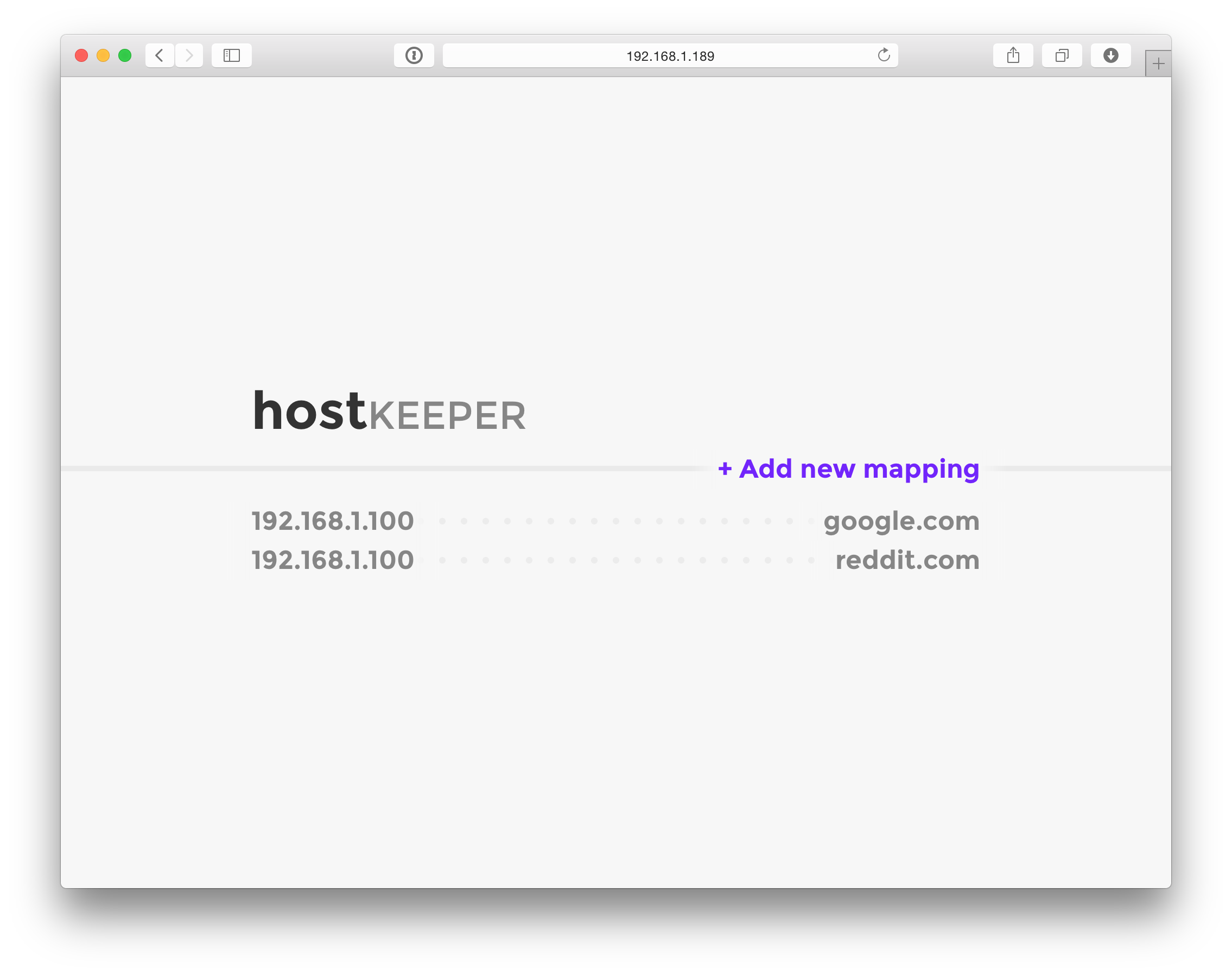 hostkeeper is a Vagrant box that comes with a DNS server (dnsmasq) and a web interface to provide an easy way to manage network-wide DNS emulations (or modifications) during local web development phases. Usually you need to adjust the /etc/hosts file on your OS X or Windows machine to test your local project with productive domains. However, this approach won't work on a (non jailbreaked) iPhone which has no direct file system access. Once the DNS in your network settings is set to the IP of the hostkeeper Vagrant box, all DNS requests from said device will obey the "faked" ones from hostkeeper, hence you can surf via Safari to "http://reddit.com" but don't end up on the productive web server of reddit.com. Instead you end up on your local development box, since you added a mapping for that in the hostkeeper web interface.

To test the functionality, you can directly query your local DNS server by running:

In case you want to see stdout output of the commands running in the background:

In case you contribute and want to test your changes:

Again, in case you want to see stdout output of the commands running in the background:

And if you want to power it up again: 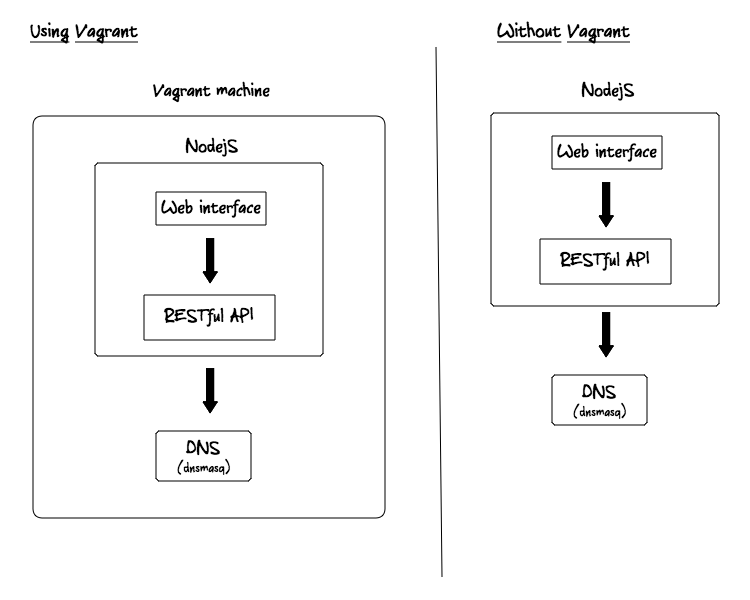 hostkeeper consists out of three parts:

You can find a detailed API documentation here: API.md