Remote control your ar-drone 2 via your browser

Connect to your ar drone 2 via WLAN, then run node.server.js open up localhost:3001 and you're ready to go.

Use W, A, S, D to move front, back and sideways. Use your cursors to go up/down or turn clockwise/counter clockwise. Some animations can be triggered with 1-4 SPACE for taking of and esc for landing.

When you crash use e to recover from emergency mode.

This project is heavily inspired from https://github.com/usefulthink/nodecopter-monitor . I just removed the three.js part and ported it from socket.io to faye since I like that better.

You can install/update the node dependencies via npm install -d. Dependencies for client code are managed via bower ( https://github.com/twitter/bower ). You need to have ffmpeg installed (it's used for the picture stuff) 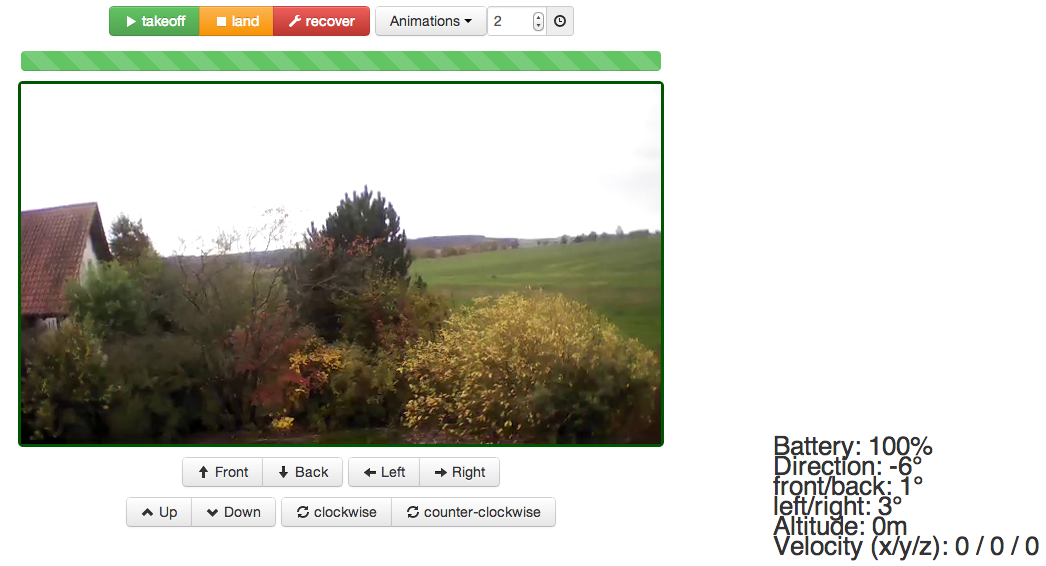 Remote control your ar-drone 2 via your browser