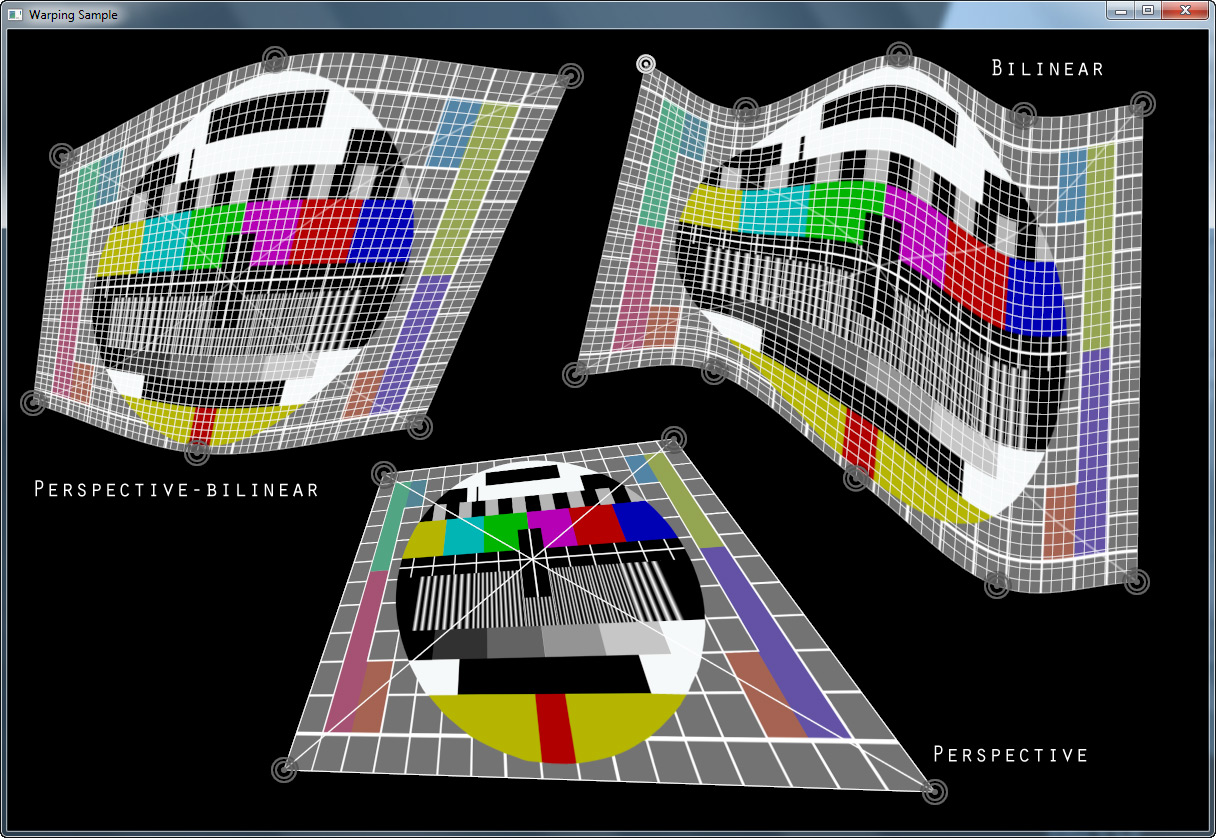 Image warping, as used in this block, is the process of manipulating an image so that it can be projected onto flat or curved surfaces without distortion. There are three types of warps available:

#####Adding this block to Cinder This block is meant to be used with version 0.9.0 (or higher) of Cinder.

To add this block to your copy of Cinder, so it will be detected automatically by TinderBox:

Alternatively, you can download the repository as a ZIP-file and manually add the files to a "cinder_master\blocks\Cinder-Warping" folder.

#####Creating a sample application using Tinderbox The provided sample will show you how to create warps, read them from and write them to a settings file, toggle the editor and handle mouse and key events. To create and compile the sample:

#####Controls The block provides a built-in editor to adjust your warps. When activated using the Warp::enableEditMode(true) function, these are the keys you can use:

Cinder-Warping is free software: you can redistribute it and/or modify it under the terms of the GNU General Public License as published by the Free Software Foundation, either version 3 of the License, or (at your option) any later version.

Cinder-Warping is distributed in the hope that it will be useful, but WITHOUT ANY WARRANTY; without even the implied warranty of MERCHANTABILITY or FITNESS FOR A PARTICULAR PURPOSE. See the GNU General Public License for more details.

You should have received a copy of the GNU General Public License along with Cinder-Warping. If not, see http://www.gnu.org/licenses/.