This is a sample Flux app I wrote on a weekend.
It uses open Github API to display starred repos by users and stargazers by repo.

Note: I now prefer Redux to Flux.
This example was ported to Redux. 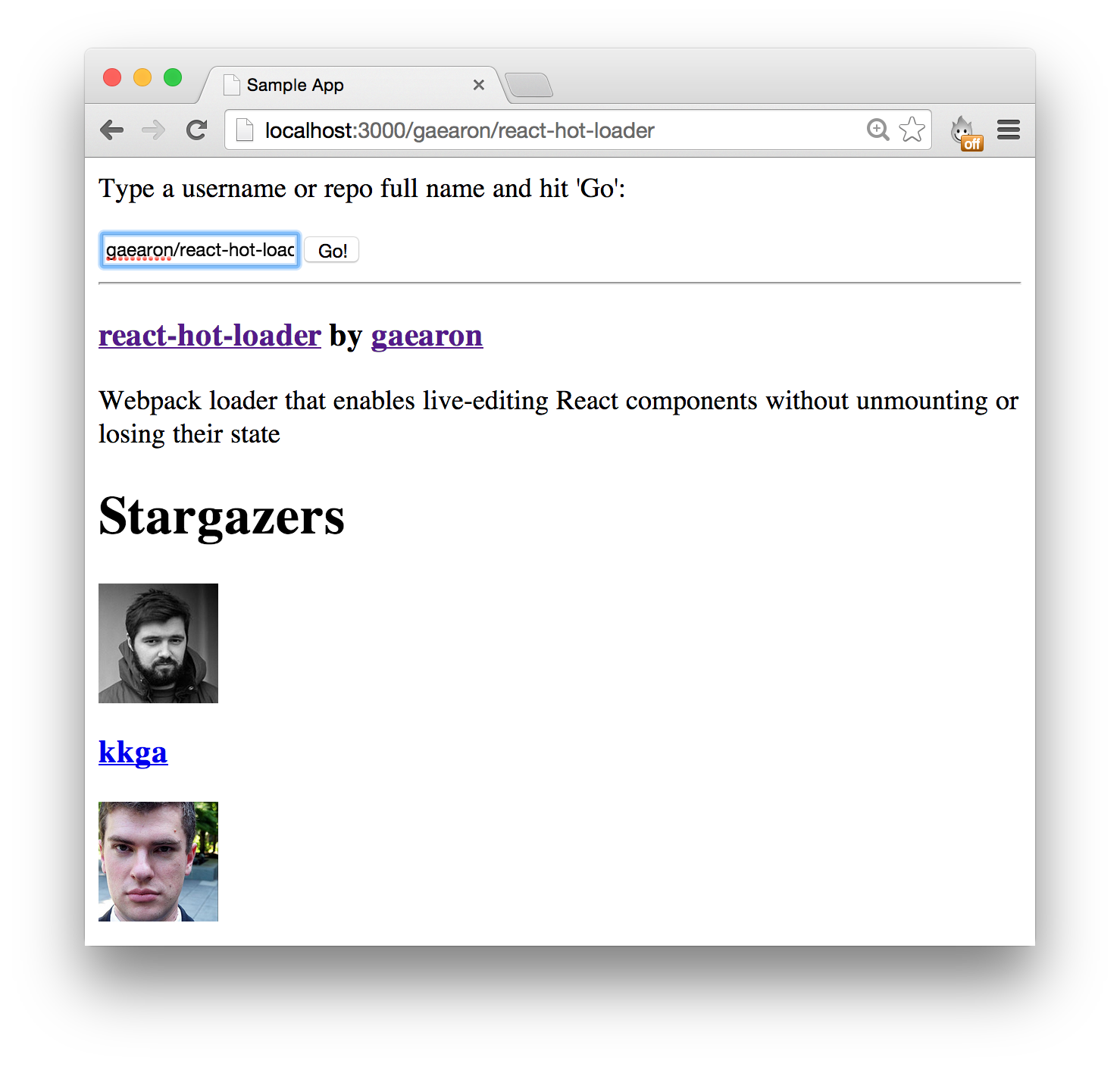 I made it to document a few approaches I have tried while learning Flux.
I tried to keep it close to real world (pagination, no fake localStorage APIs).

There are a few bits here I was especially interested in:

How I Classify Stores

I tried to avoid some of the duplication I've seen in other Flux example, specifically in Stores. I found it useful to logically divide Stores into three categories:

Content Stores harvest their objects from all server actions. For example, UserStore looks into action.response.entities.users if it exists regardless of which action fired. There is no need for a switch. Normalizr makes it easy to flatten any API reponses to this format.

List Stores keep track of IDs of entities that appear in some global list (e.g. “feed”, “your notifications”). In this project, I don't have such Stores, but I thought I'd mention them anyway. They handle pagination.

In most social apps, you'll have lots of these and you want to be able to quickly create one more of them.

See and run the source for more tips!