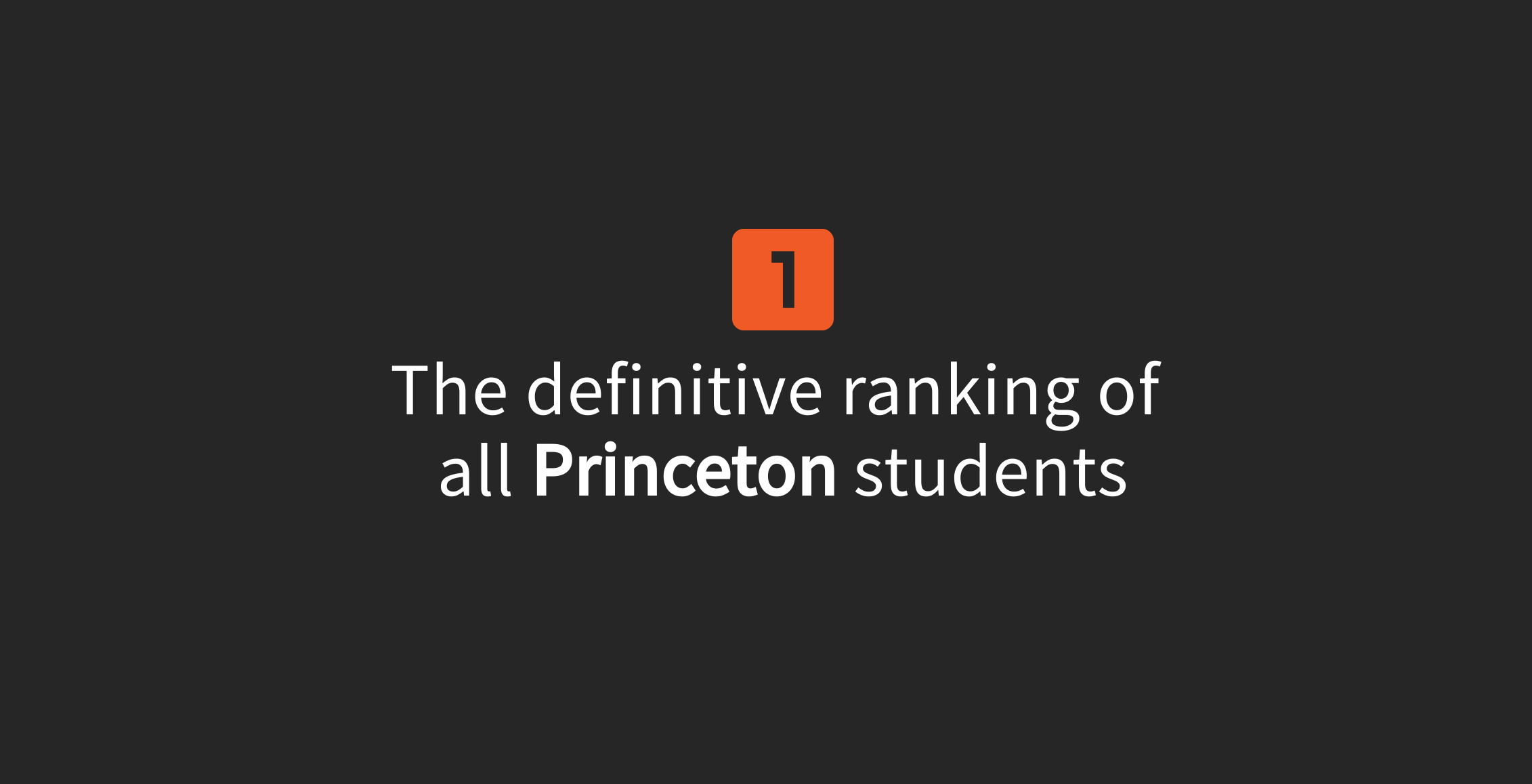 The mystery behind it though was enough to lure 2270+ Princeton students in a matter of around 6 hours. The website received over 5000 unique sessions the day it was launched, initially from Princeton and later from other parts of the USA.

There's a demo website running on the TigerRank domain now at https://tigerrank.herokuapp.com/. It is filled with randomly generated fake names and is devoid of CAS authentication and server-side rank updates.

The project was a product of the wonderful minds at TigerMag⁠—one of America's oldest college humor magazines.

This repo will allow you to create your own version of TigerRank, if you ever desire to do so for whatever reason! If you do, please use it responsibly—as innocent as a list of names can be, it is still private information one should do its best to keep safe.

Even though the platform was completely bogus and was written by me in a couple of hours, there are a number of features included in TigerRank to ensure everything is fair and square.

Setting up your own TigerRank server.

Setting up and customizing TigerRank is easy. It requires a NodeJS serverand a MongoDB database. You may create support for other database types if you would like.

You are all set. If you ever decide to do your own version of the TigerRank prank at your college or university (something which I totally do not endorse), let me know!

Note of caution: you are responsible for making sure whatever data you are displaying with this platform is properly protected, ideally encrypted too. Please be careful when using this software with sensitive data. Our prank was designed to be short-lived and not known outside our campus to ensure any attempts of wrongdoing are minimized and I would recommend for you to do the same. It is also not the most unit-tested platform, so take things with a grain of salt.