This is a test application that demonstrates features of Dagon game framework.

The demo shows how to load static and animated meshes, create terrain, skydome and particle systems, assign materials and textures, add lights, integrate a physics engine (dmech is this case), render 2D text, create UI and much more. It includes game-ready character controller and vehicle. The demo can be used as a base for a first person shooter or a racing game.

If you like Dagon, please support its development on Patreon or Liberapay. You can also make one-time donation via PayPal. I appreciate any support. Thanks in advance! 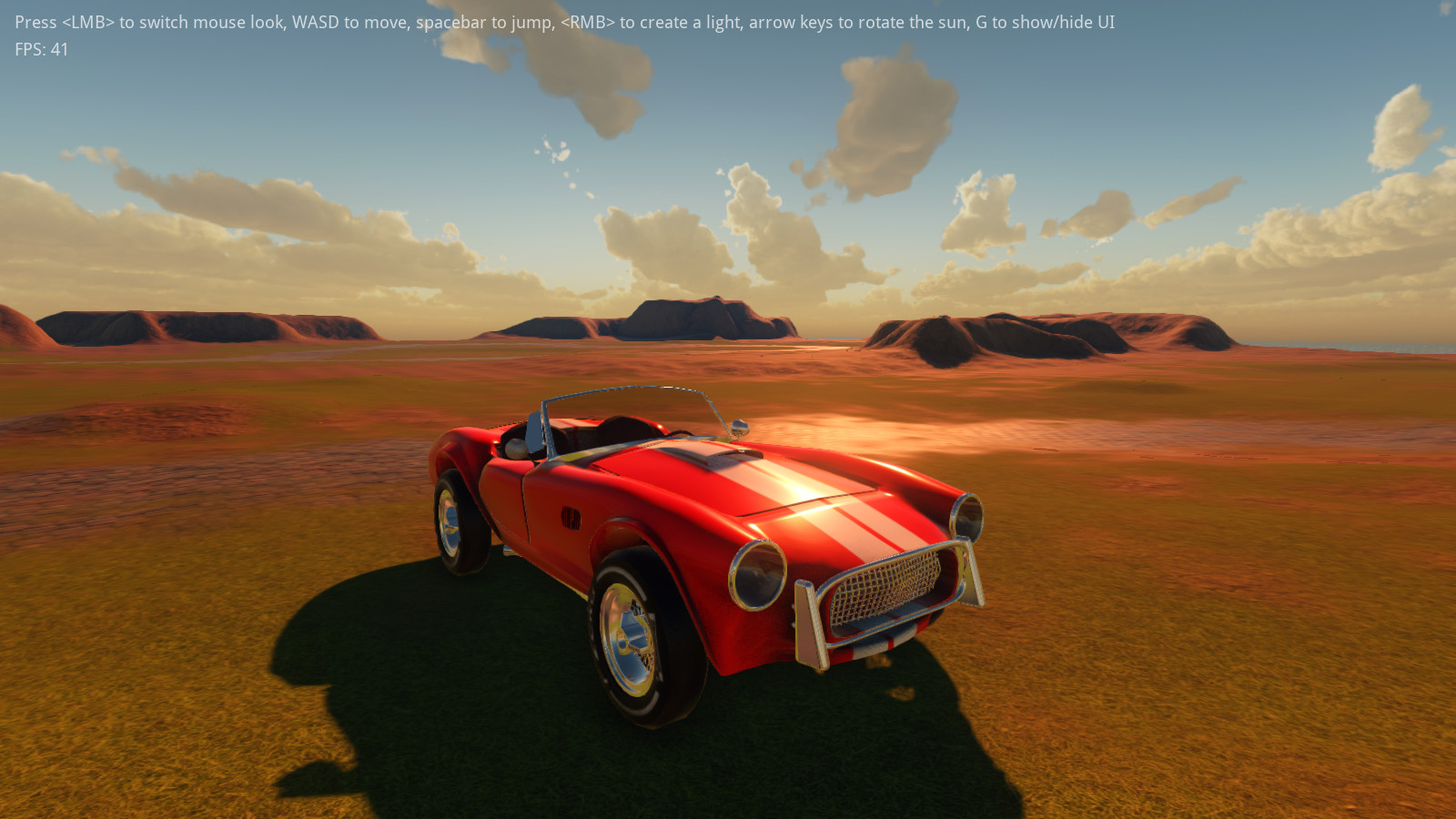 To run the demo, a number of libraries should be installed, namely SDL 2.0.8, Freetype 2.8.1 and Nuklear. We provide libraries for 32 and 64-bit Windows. They are automatically deployed when using DUB.

Under Windows you can hide console using win32 configuration:

To get the best performance, you can do an optimized build:

Press E to get in the car, RMB to create a light ball. Press arrow keys rotate the sun (change daytime).

While in the car, press W/S to accelerate forward/backward, A/S to steer, E to get out. You can also use a joystick or a driving wheel.

Press F12 to make a screenshot.

Press Escape or close the window to exit the application.