This repository contains Ansible examples developed to support different sections of Ansible for DevOps, a book on Ansible by Jeff Geerling.

Most of the examples are full-fledged VM examples, which use Vagrant, VirtualBox, and Ansible to boot and configure VMs on your local workstation. Not all playbooks follow all of Ansible's best practices, as they illustrate particular Ansible features in an instructive manner.

For more interesting examples of what you can do with Ansible, please see the Ansible Vagrant Examples repository, and browse through some of geerlingguy's roles on Ansible Galaxy.

Examples and Chapters in which they're used

Here is an outline of all the examples contained in this repository, by chapter: 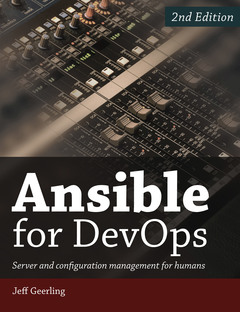 Buy Ansible for DevOps for your e-reader or in paperback format.