This repository contains Ansible and Kubernetes examples developed to support different sections of Ansible for Kubernetes by Jeff Geerling.

Not all playbooks follow all of Ansible and Kubernetes' best practices, as they illustrate particular features in an instructive manner.

Examples and Chapters in which they're used

Here is an outline of all the examples contained in this repository, by chapter: 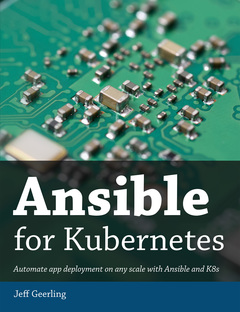 Buy Ansible for Kubernetes for your e-reader or in paperback format.