(as seen on the Slack API community page)

a node.js app that uses slack bot integrations to notify users when changes have been made to projects they have access to on gitlab

you can use .env.sample as an example to help you get started 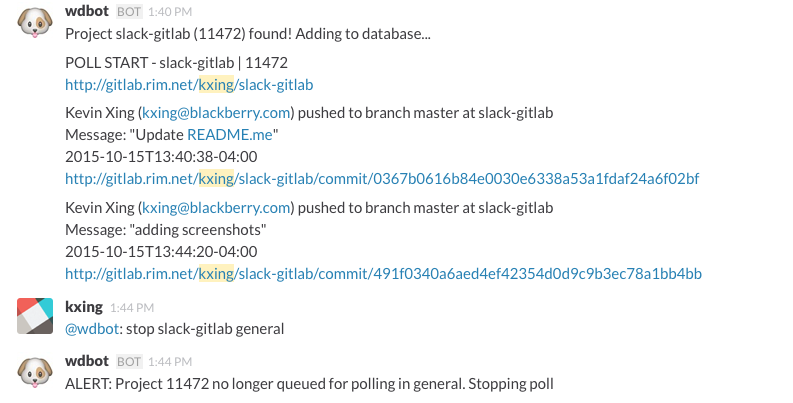