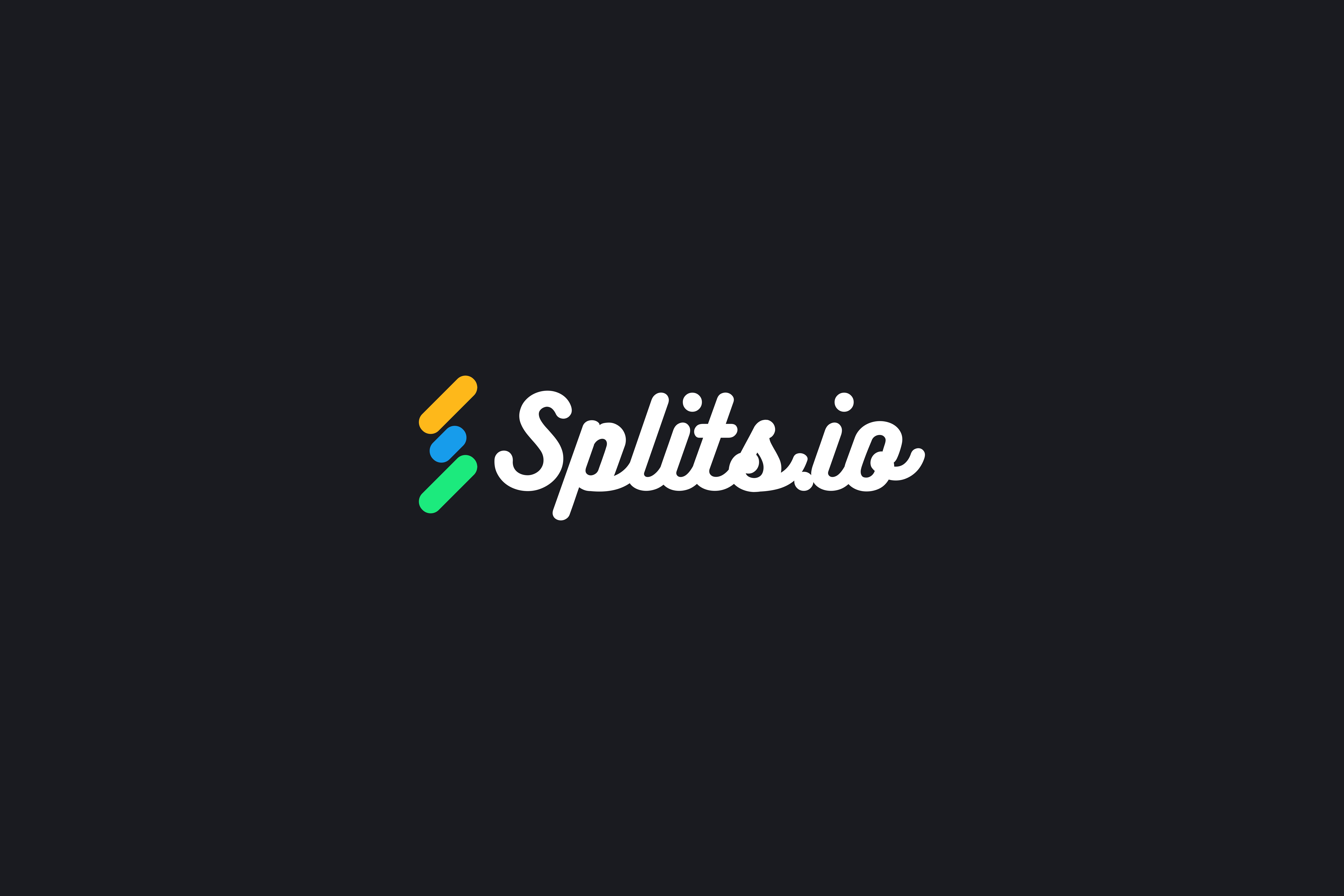 Splits.io is how speedrunners improve through data. It gives split-by-split analysis of individual runs, viewed through a lens of all runs. On Splits.io, speedrunners share more than their time—they share their entire history of attempts, successful or not, and get feedback on how to improve long-term through statistics and comparisons with themselves and other runners in their weight class, both live (via races) and after-the-fact using historical data.

Splits.io works with LiveSplit and more than 15 other speedrunning timers. An auto-generated list can be viewed in the FAQ; new timers can self-integrate using the Splits.io Exchange Format.

For full API documentation and when using other languages, see the API readme.

Splits.io runs on Docker, which makes it easy and consistent to set up and run on any machine despite any unusual dependencies. The one downside is that you must first install Docker!

The first time you run Splits.io with Docker is the best, because you'll have time to get a coffee! Yum! After the first run, it will be much quicker.

While you wait, you can also take a look at our short Codeflow tutorial to get up to speed with a few key pieces of the code.

Now that Splits.io is running, one last step you should perform in another terminal window is

This will make sure your local JavaScript can talk to your local backend, as well as create some initial games in the database.

Some features are built on top of links with other platforms, like Twitch sign-in. If you want these features to work, you need to register developer applications with the appropriate services. See .envrc.example for details on which features require which platforms.

After changing or creating .envrc, run

to rebuild the server with your new environment variables, or use direnv to automate this step!

Getting Up and Running

If you're having trouble getting Splits.io running at all using the above instructions, please make a GitHub issue so we can work it out! Even if you think it's a silly issue, the fact that it's happening to you means we haven't ironed out everything (even if the only thing preventing you from setting up is better documentation!).

Working with the Code

If you have the app up and running but are looking for insight into debugging your own changes, you can access a Rails console inside the Docker container with

Attaching to a debugger

If you use binding.pry anywhere in the code, once you hit the breakpoint specified use the command

in another terminal window to attach to it. To detach, make sure to exit the debug session then use the docker attach escape sequence ctrl + p then ctrl + q.

To run tests from inside the Docker container, use

To run only specific tests, use

We use Rubocop for code cleanliness and styling. To run it against changed files, commit your changes and run

Splits.io utilizes a few libraries for profiling our code.

Rack Mini Profiler is used to find major slowdowns in the code through the use of the badge in the top left corner of the browser window. There is also a slew of different URL parameters that you can use to get more detailed information about various aspects of the request. Details of these are explained in the readme for RMP. To get more detailed information about how code will perform in a production like environment, run

to boot the app in the profiling environment, which has most of the production flags toggled on.

DerailedBenchmarks is used to test memory over lots of requests. The commands that can be run are detailed in the readme for DB. When you have a command you want to run, use the make task like so with the options that you need

The env flag is optional, so feel free to leave that blank if you have no environment variables to set.

If you change the Dockerfile or Gemfile, you'll need to run

to rebuild the Docker image for your changes to apply.

If you want to reset from scratch, you can run

which will run docker-compose down, remove the bundler volume, and remove node_modules/.

Splits.io is built in Ruby on Rails, but has some help from other pieces of infrastructure.

Rails will synchronously parse any unparsed run before rendering it, but the asynchronous Lambda job is the preferred way for runs to be parsed because it still catches unvisited runs (e.g. in the case of a multi-file upload via drag-and-drop).

In development PostgreSQL and S3 are also Docker containers (see docker-compose.yml). Lambda is not yet implemented in development mode.

Favicons are generated by Favicon Generator and its Rails gem. To generate favicons from the source image (public/logo-imageonly.svg), run

Config for this generation is at config/favicon.json.

Splits.io runs vanilla Bootstrap 4. Historically we used one of a few themes to give it some additional distinction and a professionally tailored dark mode, but we decided to switch to vanilla with out own dark mode after several bad experiences with those themes slowly falling more and more out of date from mainline Bootstrap.

If you find a security vulnerability in Splits.io, please email it privately to security@splits.io, as posting the vulnerability in public may allow malicious people to use it before it can be fixed. We take security matters very seriously and respond quickly to disclosures.

Splits.io uses livesplit-core for parsing runs. The parser is located in lib/parser/*. To upgrade it, run

and commit the changes.

To generate run history charts Splits.io uses Highcharts, which requires a written license. Licensing is based on the honor system, so you do not need to enter a key anywhere. Highcharts is free to use for testing purposes.