This repository contains a couple tools and code to open MTF archives and view O3D models from the game Darkstone: Evil Reigns.

A partial description of the MTF format can be found here.

Currently there's full support for decompressing MTF archives into normal files in the file system. No support for rebuilding the archives is implemented, but it shouldn't be very hard to do the inverse process and pack files back into an MTF...

There are two tools in the project:

The src/ directory contains the source code for the tools and necessary dependencies, including third-party code. Files of interest are mtf.h/.c and o3d.h/.c.

The shaders/ directory contains the GLSL shaders used by o3d_viewer.

The provided Makefile was only tested on Mac OSX, but it should work on most Unix-like systems without changes or minimal changes.

The only external dependency not included in the project is GLFW, which is used by the o3d_viewer to manage window and context creation in a portable way. If you only care about the MTF unpacker, then this dependency is not required, since you can compile it in isolation. The viewer requires GLFW to be properly installed and visible in the default include path. GL3W is used to load the OpenGL Library and STB Image for image loading from file, but those are included in the project.

As mentioned previously, the o3d_viewer depends on GLFW, so the library must be installed in your system. Apart from that, it shouldn't have any other system specific dependencies.

The mtf_unpacker, on the other hand, uses the stat/mkdir APIs to create the file paths for extraction. These functions exist on any Unix-based system, but MS Windows defines them with different names and in different header files, so if you're interested in porting this, make sure to fix that detail first.

As mentioned above, the project was only built and tested on Mac OSX. The viewer also requires OpenGL 3.2 or above to run properly (shouldn't be too rare nowadays).

Just navigate to the project's directory and run either make viewer or make unpacker to build the o3d_viewer and mtf_unpacker, respectively.

It will perform an "in-source" build, outputting the .o files in the src/ dir, but the executables are outputted in the root directory of the project.

Run make clean to delete all outputs from a previous build.

The mtf_unpacker takes two parameters, the source MTF file to extract and a path where to dump all the contents. Original paths are preserved in the output. Example:

The o3d_viewer takes the name of the O3D model file to view and optionally a texture map to apply. If the texture filename is omitted, it applies a default checkerboard texture. Example:

The viewer doesn't provide much user interaction, but you can right click the window to cycle the available render modes (textured, wireframe, color-only, etc) and left click and hold then drag to rotate the model. Mouse wheel zooms in/out.

This project's source code is released under the MIT License.

The goal of this project is to experiment, research, and educate on the topics of game development and game resource management. All information was obtained via reverse engineering of legally purchased copies of the game and information made public on the Internet. 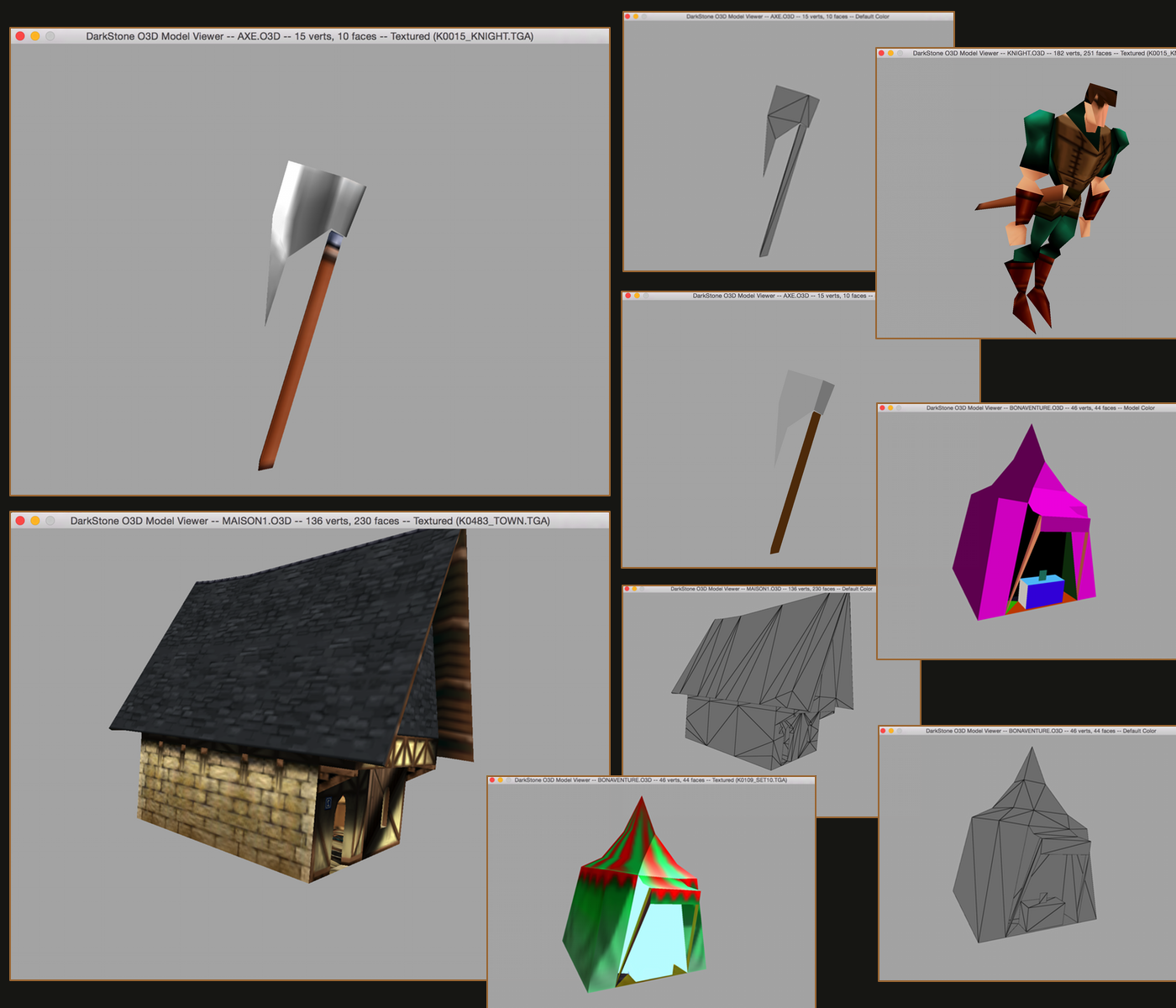 I wrote a post with more details about this in my blog.