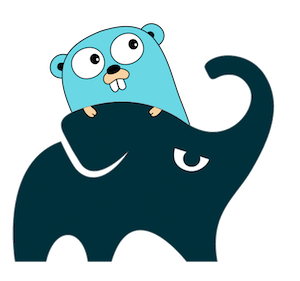 Gogradle is a gradle plugin which provides support for building golang.

2017-03-20 Now Gogradle can generate HTML reports for test and coverage!

Gogradle is a Gradle plugin which provide modern build support for Golang. Gogradle is deeply inspired by glide(I need to pay respect for it). You can simply think Gogradle as glide+make.

Gogradle implements most features of glide and adds some extra features:

If you puzzled over these issues, or you were a Java developer and familiar with Gradle, Gogradle is your choice!

Gogradle's objective is not replacing other tools, it only provides an option for developers.

Gogradle is NOT a toy. 52% of its code are tests to assure its quality. We also tested Github's top 1000 Go repositories as real world scenarios.

Gogradle's work is based on vendor mechanism. You declare your build dependencies and build logic with Gradle DSL in build.gradle, and Gogradle will resolve all dependencies and potential package conflict, then install them into vendor directory and execute a build. In this course, dependency packages will be flattened to avoid issues. Later, you can lock your resolved dependencies to ensure a reproducible build. It's up to you whether to check in vendor directory or not.

Fork and PR are always welcomed.

Gogradle is developed in IntelliJ IDEA. You can run ./gradlew idea and open the generated .ipr files in IDEA.

Please make sure all checks passed via ./gradlew check.