MP4Box can be used to import an Scalable Video Coding (SVC) bitstream into a ISO Base Media file.

MODE is one of three values: 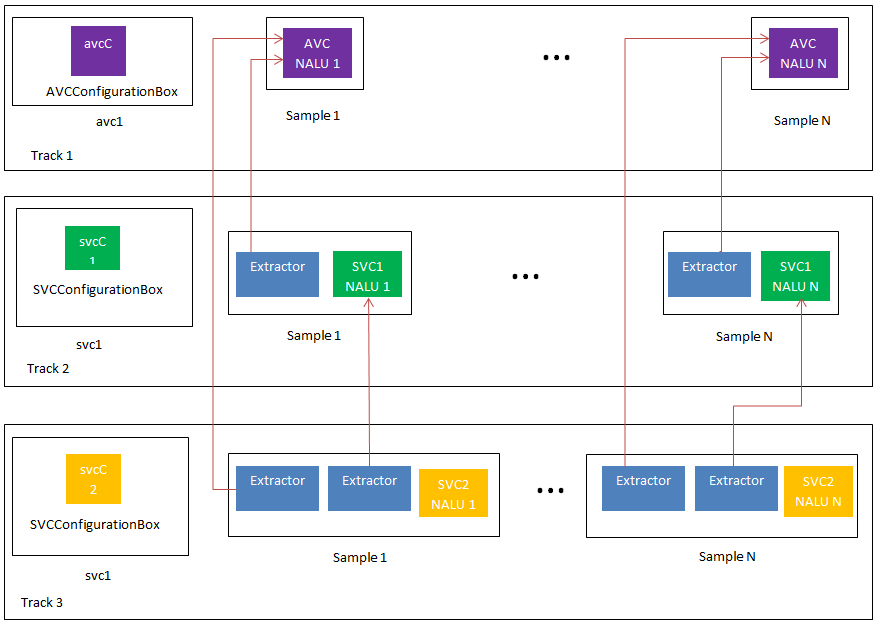 It is also possible to export the SVC tracks in raw format, using one of two base syntaxes:

SVC can now be imported in MPEG-2 TS one PID per layer, using ISOBMF files where each SVC tracks are in different layers. No specific option is required for the MP42TS utility.

SVC files can now be hinted or streamed over RTP according to the IETF RFC using MP4Box, with one RTP stream PID per layer, using ISOBMF source files where each SVC tracks are in different layers. No specific option is required for the MP4Boxutility.

Thanks to the OpenSVC decoder, all these SVC transport modes are now supported for playback in GPAC. Switching between layers is achieved using ctrl+h (for high) and ctrl+l (low). SVC Switching now implies shutting down the associated network streams (stops multicast socket or PID filtering).