This is a project where I have been working to deconstruct, document, repurpose and expand upon the Steam Controller firmware and hardware.

First, it is important to talk a little about the Steam Controller (the hardware that this project is focused on). The Steam Controller is a video game controller released by Valve Corporation on November 10, 2015. This was part of Valve's initiative to give PC gamers the option of a console-like experience (i.e. the couch gamer who sits in front of a TV and uses a controller instead of keyboard and mouse). The Steam Controller tried to keep some aspects familiar to modern video game controllers (i.e. a left analog stick, four face buttons, two shoulder and bumper buttons) while also changing up some of the norms we have come to expect (i.e. replacing the directional pad and right analog stick with trackpads). You may be wondering why this project exists and why I have invested a non-negligible amount of my time and energy into it over the past couple of years.

First, I found the design of this controller to be compelling. Having two trackpads in place of the D-pad and right analog stick is an interesting idea. The trackpads can be configured to act in a variety of ways and not only mimic what they replaced, but also provide new interaction paradigms. Also, the idea of using the haptics to play a little Jingle when the controller starts up or shuts down is a neat touch that made the controller further stand out. Being able to fully customize these Jingles was a near immediate desire when I first started using the controller.

Second, the controller was left fairly accessible. Being able to upload firmware updates manually made the barrier to entry for running custom firmware much lower. There was still a considerable challenge to get even a "Hello World" (i.e. blink the Steam Button LED) working. However, this was not nearly as tough as I imagine doing something similar on a controller that is designed to be more temper resistant would be. I really appreciate the fact that Valve left this hardware as accessible as they did and do not discourage people from trying to hack it.

Third, iFixit did a really nice teardown of the controller. This gave me an idea of what the controller had going on internally, without needing to (initially) take apart my hardware. This pointed out a lot of neat peripherals and processors that I thought would be neat to work with, especially in the context of a product that already was designed for a particular purpose.

Now that the controller and some of its (default) capabilities have been explained, we can start talking about this project. Namely I want to cover what has been accomplished, and what I hope to accomplish moving forward.

Note, the following is a bit verbose and narrative. There is a lot of content in this project and this is an attempt to break down the details in a way that will give an easy to follow lay of the land for people new to this effort. If you are a TLDR kind of person, check out the Notice and Warning Section below and then feel free to jump into the Subprojects Section to get to the meat of effort. You should also be sure to check out the demo videos that show some of the major accomplishments in action.

As mentioned previously, the primary intention of this project is to explore, deconstruct and expand upon configuration options and usages for the Steam Controller. However, that is a bit vague. So let's start with some examples. First, a major goal of this project was to be able to write custom firmware for the main processor on the controller. This is what opens up the door for a lot of other possibilities moving forward.

However, before I could start writing firmware I needed more info on the controller. Valve was nice enough to leave the door open to accessing the binary version of their firmware and the ability to update the main processor easily. However, they did not provide schematics or a list of components or datasheets that an embedded software engineer would typically have if tasked with the process of writing custom firmware. Therefore, I needed to turn to reverse engineering. This essentially boils down to deconstructing the hardware and official firmware so that I could understand how to write my own firmware. At this point the Reverse Engineering effort has mostly run its course, as a lot has been discovered, documented and utilized for other efforts. Details on the Reverse Engineering effort can be found in the Reverse Engineering Subproject.

Now that a Reverse Engineering effort has been established and I have started gathering information on the hardware, I was able to start writing custom Firmware. Check out the Firmware Subproject to see the current state of software. Mostly this is utility software to allow a user to query different peripherals or take measurements at different states (as some of that information needed to be captured and fed back into the Reverse Engineering process to keep it moving forward). However, it eventually became clear that there was enough functionality that was captured here that it would not be too much additional work to make this hardware act as a controller for other consoles (i.e. the Nintendo Switch).

Next we come to what was originally the sole intention of this project. That is, the goal of being able to have full control of the songs (Jingles) that the Steam Controller plays (via the Trackpad Haptics) on power up and shut down. Due to some discoveries via the Reverse Engineering effort, this project allows for Jingles to be fully customized and for these customizations to persist while still running Valve's official firmware. For details on how to customize the Jingles on your controller, or for more details (i.e. how Jingle Data is formatted and how we can customize Jingles without modifying the official firmware) see The Jingles Subproject.

Finally, it is important to mention that another intention of this project is for it to to be an educational and/or motivational resource. Maybe you are interested in the Steam Controller. Or maybe you are interested in writing embedded software for a commercial device. Either way the hope is for this project to provide clear and concise information to inspire and enable people to to learn and do more. I know I learned a lot from this effort, and if any of that can be shared and help others out that would be great.

For a starting point on additional details and the accomplishments and future intentions of this project please see the Subprojects section below.

Please recognize that by utilizing any part of this project you are doing so at your own risk. This is a reverse engineering effort and I make no claims to have a complete understanding of the hardware I am providing custom or modified firmware for. Hopefully the testing I perform before publishing my findings and modifications will prevent damage to your Steam Controller or anything you may connect your Steam Controller to (i.e. the Nintendo Switch). However, I cannot guarantee that.

Also please note this is being shared primarily for educational purposes. While this may allow a user to do things such as use the Steam Controller on the Nintendo Switch, please recognize that this is almost definitely going to be coming with trade-offs compared to officially supported hardware and firmware. If you want a cheap Switch Controller and are OK with it being wired, check out the ones PowerA or Hori makes. If you want a fully featured controller, consider spending the extra money and get a Pro Controller (it really is worth it).

Finally note that I say all of this with the hope of not discouraging anyone. Please dive in and get your hands dirty. Just please be aware that there is a (hopefully) very small, but non-zero, chance that a mistake could lead to bricked or broken hardware.

This section gives brief outlines and demonstrations (if applicable) of the major efforts of this project. Further details on each Subproject can be found in their respective directories.

The work in this directory is geared towards creating a completely custom firmware build for the Steam Controller. This project can be configured to have the controller act as a development system that allows for querying peripherals and exploring or verifying system behaviors. Additionally the project can be configured for more practical purpose, such as behaving like a wired Nintendo Switch controller.

Below are some videos demonstrating the different firmware builds: 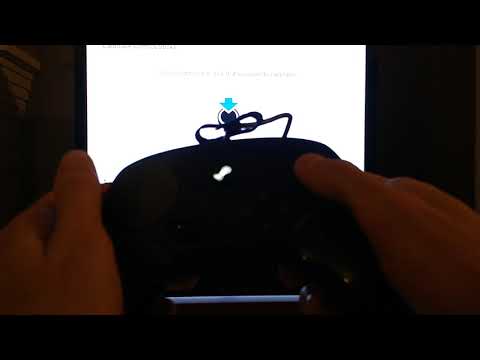 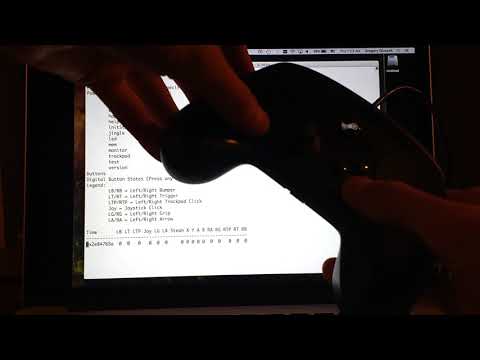 The work in this directory is geared towards creating a user friendly way to customize what Jingles are played when the Steam Controller starts up and shuts down.

Below is a video demonstrating how to customize Jingles on the Steam Controller: 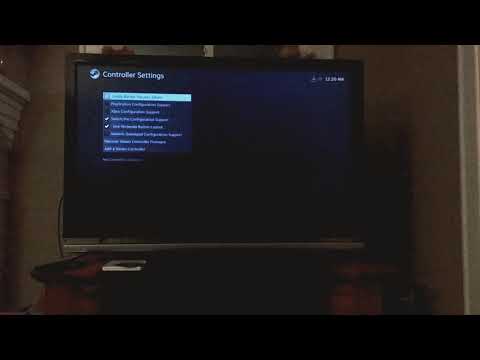 The work in this directory focuses on deconstructing the firmware and hardware of the Steam Controller. The understanding gained from this often is a
significant part of the other Subprojects.

Steam offers the ability to change certain configuration options for a Steam Controller (i.e. change LED brightness, change which Jingle will be played from system memory). This directory contains work for understanding, reproducing and, maybe, expanding upon this functionality.

This is an open source project, so please make use of this however you would like (as long as it does not violate any licenses stated within).

If you would like to offer contributions back to this repo that would be great. That could come in the form of issues/discussions on how this could be more user friendly or by adding features or support that is not yet there.

Note that there are TODO documents for each Subproject. The idea is to outline goals I would like to accomplish. If you want to help with any of these that would be awesome. It would be even more awesome if you started a conversation regarding your intentions so as to limit the chances of duplicated effort or incongruous designs.

I will do my best to provide easy to use and robust software. However, there will still most likely be bugs. If you find a bug, please report it.

The best way to report a bug is to use the Issues tab on GitHub.

When reporting a bug/issue, please make sure to provide sufficient details. Key details to include are:

This section lists some projects that influenced this project, as well as links to some resources that may continue to be helpful to stay current on.

While a lot has been accomplished in this project thus far, there is still so much that can be done with the Steam Controller (especially given the groundwork that has been laid up to this point). In order to capture and track these ideas TODO documents have been made for each Subproject. A good place to start is the top-level TODO Document. This covers the highest level goals for the project while providing links to Subproject specific TODOS.