Stop words are words which are filtered out before processing of natural language data. Often in text analysis there are non-casual correlations, consider the following documents:

Processing these documents into two topics will result in gendered clustering. If we remove the gendered terms:

Processing will result in job clustering. Both clusterings are valid, however if you are interested in employing an astronaut, you don't want male accountants showing up. There are many other examples of non casual relationships occurring in natural language; religion, ethnicity, and age to name but a few.

More will be available soon. Contribute at https://github.com/gregology/biased-words

Explore this package in an Interactive Notebook 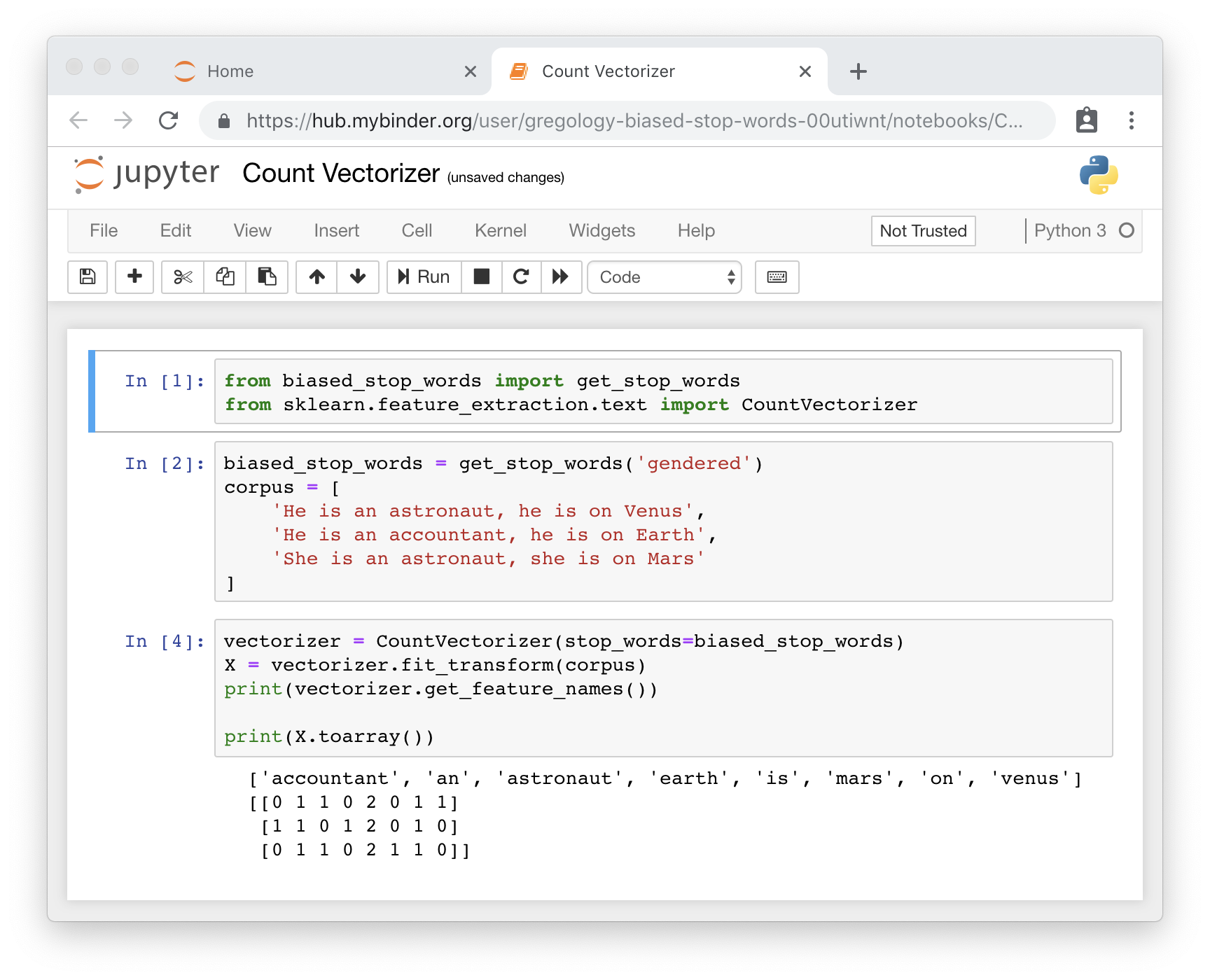 biased-stop-words is available on PyPI