Scripts to build OctoPi, a Raspberry PI distro for controlling 3D printers over the web 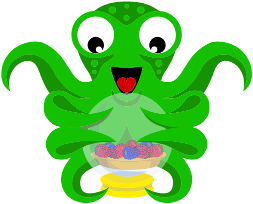 A Raspberry Pi distribution for 3d printers. It includes the OctoPrint host software for 3d printers out of the box and mjpg-streamer with RaspiCam support for live viewing of prints and timelapse video creation.

This repository contains the source script to generate the distribution out of an existing Raspbian distro image.

Where to get it?

OctoPrint is located at http://octopi.local and also at https://octopi.local. Since the SSL certificate is self signed (and generated upon first boot), you will get a certificate warning at the latter location, please ignore it.

If a USB webcam or the Raspberry Pi camera is detected, MJPG-streamer will be started automatically as webcam server. OctoPrint on OctoPi ships with correctly configured stream and snapshot URLs pointing at it. If necessary, you can reach it under http://octopi.local/webcam/?action=stream and SSL respectively, or directly on its configured port 8080: http://octopi.local:8080/?action=stream.

CuraEngine is installed and OctoPrint ships pre-configured with the correct path to utilize it for on-board-slicing. Just import a Cura Slicing Profile in OctoPrint's settings and start slicing directly on your Pi.

OctoPi can be built from Debian, Ubuntu, Raspbian, or even OctoPi. Build requires about 2.5 GB of free space available. You can build it by issuing the following commands:

OctoPi supports building variants, which are builds with changes from the main release build. An example and other variants are available in CustomPiOS, folder src/variants/example.

Or to build a variant inside a container:

There is a vagrant machine configuration to let build OctoPi in case your build environment behaves differently. Unless you do extra configuration, vagrant must run as root to have nfs folder sync working.

Make sure you have a version of vagrant later than 1.9!

If you are using older versions of Ubuntu/Debian and not using apt-get from the download page.

After provisioning the machine, its also possible to run a nightly build which updates from devel using:

To build a variant on the machine simply run:

Code contribution would be appreciated!

Scripts to build OctoPi, a Raspberry PI distro for controlling 3D printers over the web